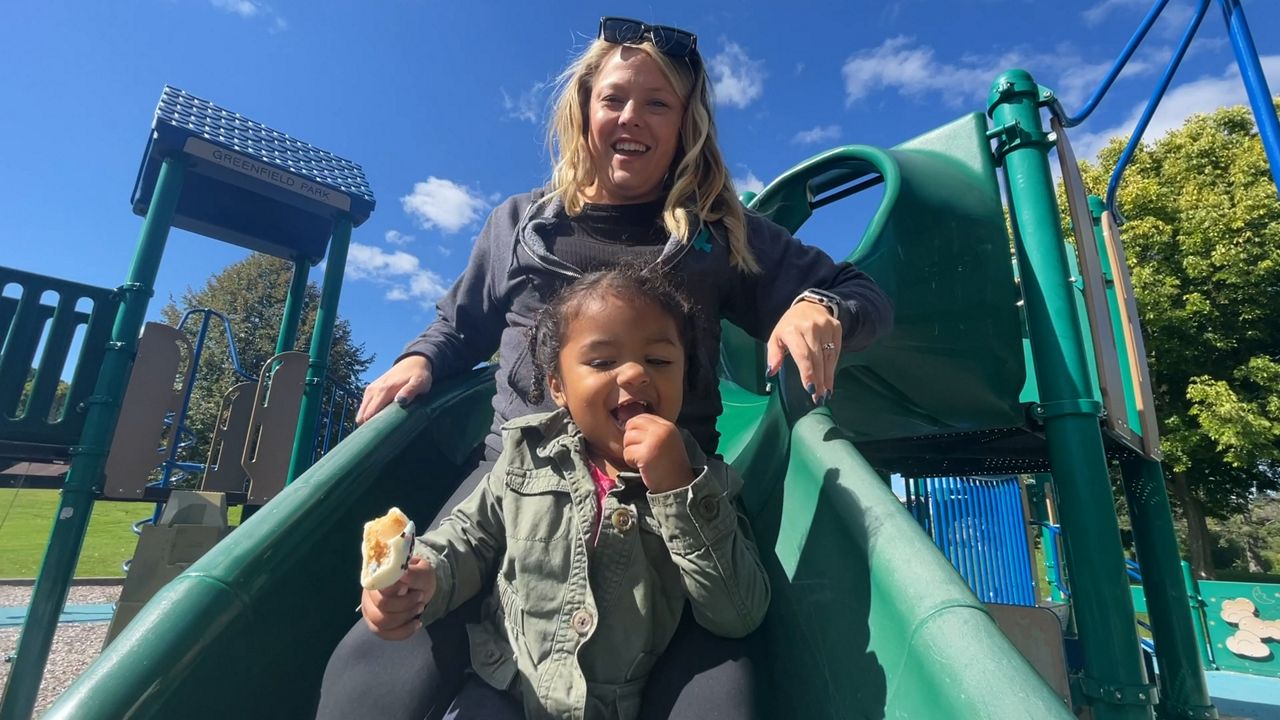 She calls her two-year-old daughter, Lexi, a warrior. Her journey to motherhood wasn’t easy. She was diagnosed with ovarian cancer while trying to conceive.

“I went through three cycles of chemotherapy every three weeks,” said Fenderson. “My gynecologist, oncologist structured it that way so I still could have kids or attempt to have kids. We did see two fertility specialists, and another physician said we probably wouldn’t be able to conceive naturally.”

Before her last treatment, she found out she was pregnant.

“She reminds me on a daily basis that we beat cancer together,” said Fenderson.

Since her diagnoses she’s been an advocate for other women to seek early detection. Fenderson is a board member of the Wisconsin Ovarian Cancer Alliance.

“If you feel that something isn’t right, continue pursuing that gut feeling and intuition,” said Fenderson. “I’ve been having pain for years and having all of the symptoms. I didn’t know much about ovarian cancer, but I had a doctor that advocated for me.”

Ashley Schneider is the executive director of the alliance. She said their mission is to spread awareness and education across the state.

“We like to spread the mission of the signs and symptoms which we categorize as the BEAT,” said Schneider. “Bloating, eating difficulty, abdominal pain, then trouble with your bladder. Urgency or frequency.”

She said, generally, a diagnosis happens between 65 and 72-years-old. She was diagnosed at 29.

Schneider said it’s crucial to pay attention to your body and advocate for yourself like Fenderson did. Her early diagnoses not only saved her life but are the reasons she’s able to live out her dreams of being a mother.