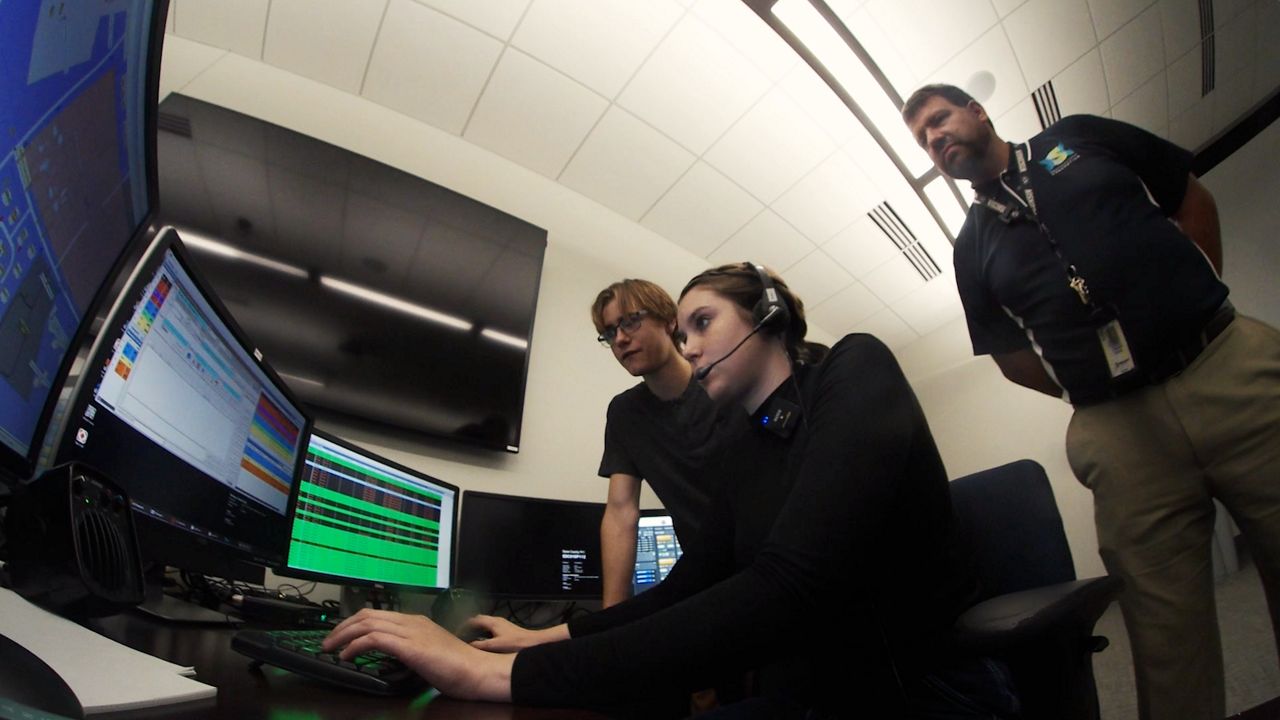 MADISON, Wis. — Across Wisconsin, 911 dispatch shortages continue, but an outgoing Dane County leader is making sure he leaves as a trailblazer, by building up a new pilot program.

“Is there any weapons involved?” high school senior Owen Reeves said into his headset during the simulation.

Logan played the role of a concerned neighbor hearing possible shots fired. The 30-year communication center veteran knew Reeves had one goal: to keep the caller on the line as long as possible.

“Yeah, I’m just here in the house. Holy smokes, I just heard another shot,” he said.

This unthinkable scenario Logan knew is what will help Reeves determine whether the high-stress career is right for him.

“Okay, I want to stay in your house. Do not go over there,” Reeves said as he continued to enter information into his call screen.

“Oh, no, I’m not going over there,” Logan said during the scenario.

This call-taking simulation training only occurs after the students complete an internationally respected 40-hour emergency telecommunication curriculum from the International Academies of Emergency Dispatch and certification through Priority Dispatch Corporation.

Logan said that the company was offering the certifications, free of charge.

“Not too many high school kids graduate on Friday, and two weeks later, get a job offer for a $60,000 job with benefits,” Logan said.

Eighteen-year-old Levi Earle is proud to say that he is one of two to be doing just that. He said the internship changed his life and saved him from taking out loans for a college career he wasn’t sure about.

“Without this class, I would have no clue dispatcher was even a job I’d think about,” he said.

“Go to the state and say, ‘Can we make this an official youth apprenticeship with our protective services?’ Because we know there’s high need,” Fassl said.

Meanwhile, high schoolers like junior Abbey Whitson said the internship was a blessing.

“The skills that you learn doing this job, the communication skills, the active listening skills, the ability to problem solve and think fast decision making,” Logan said about why he was confident that this program’s future. “Those are valuable life skills.”

If you want to learn more about the fall internship program and beyond for upper class high school students, contact Josh Fassl at jfassl@dcsc.org and Logan at Logan@countyofdane.com.