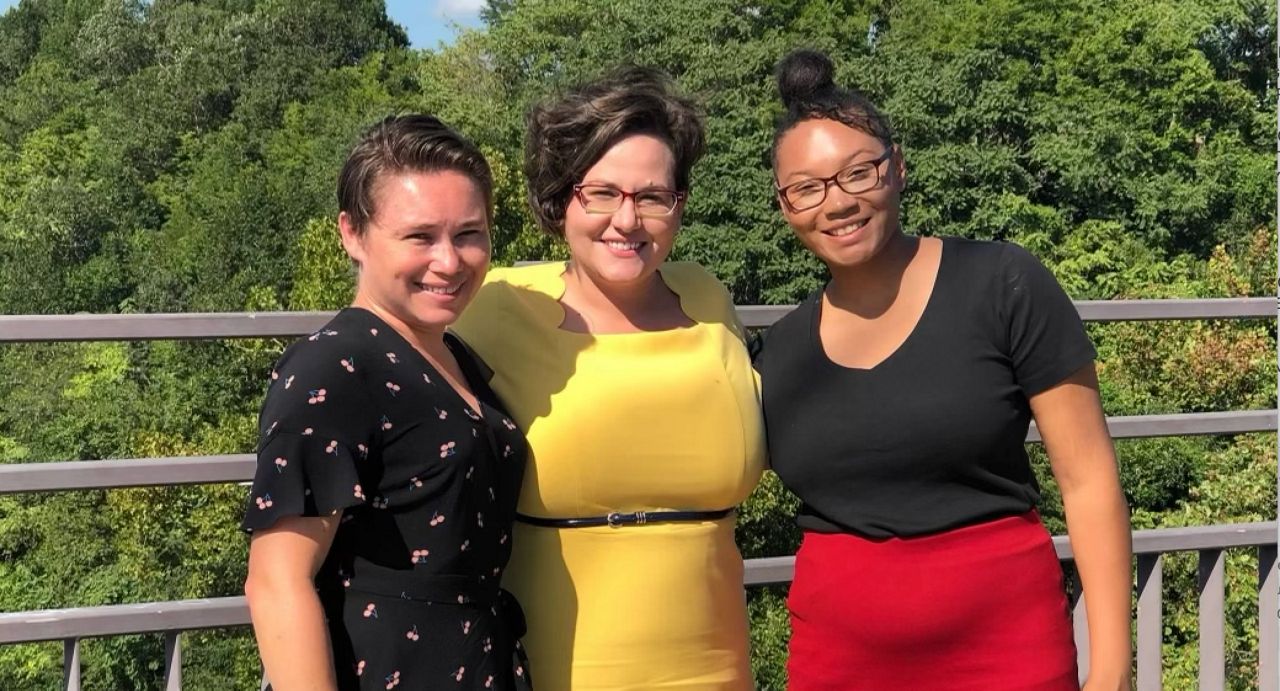 ST. FRANCIS, Wis. — A typical evening at the Salisott household usually includes some kind of game, like UNO.

While Sarah Salisott and her daughter Makiah battle for the winner’s title, her other child, baby Marvin, enjoys a nap. These are the moments they said they don’t take for granted, especially Makiah Lee-Salisott.

“A lot of points in my life I thought I was never going to find anyone who actually cared about me, who loves me and wants me around,” said Makiah Lee-Salisott.

Makiah Lee-Salisott met Sarah Salisott, who she calls Momma “S,” when she was 14 years old. She was living with a treatment foster family at the time, but stayed with Sarah Salisott and her wife over school and summer breaks for respite care.

There was an instant connection between the three, and they began fostering her full-time before she was adopted.

Even though Makiah Lee-Salisott is now in her twenties, she said she still gets excited knowing that she has a permanent place to call home.

“Being picked up and dropped like you’re nothing was a very hard thing to go through,” said Makiah Lee-Salisott.

And she’s not alone. The Coalition for Children, Youth and Families said there are over 6,500 people in foster care and 1,900 of those are teenagers.

Orianna Carey, CEO of the coalition, said 65% of the 6,500 will eventually go back to their biological family.

“In 2022, we’ve had slightly over 200 children reach the age of majority,” said Carey. “They have left the foster care system at the age of 18 without a legal resource.”

Carey said there’s a misconception when it comes to teenage adoption.

“It really has a lot to do with myths and community thoughts and attitudes,” said Carey. “In general, people get concerned with teens. I think there are myths that somebody won’t attach to me or they’re going to come with other challenges.”

“It’s hard parenting a teen anyway,” said Sarah Salisott. “You add some complex trauma on top of that and it gets a little bit difficult. Don’t think everything is trauma. Some things are just being 16.”

Makiah Lee-Salisott said she wants those looking to foster or adopt to give the teenager grace because being in foster care isn’t easy.

“In the moment,… it will seem like they don’t appreciate it, but later on in life, or at least now, I appreciate my moms even more,” Makiah Lee-Salisott.

Despite finding her forever family later on in life, she said she’s thankful for her “Mommas” for giving her the confidence to be her own person and focus on living a normal teenage life.