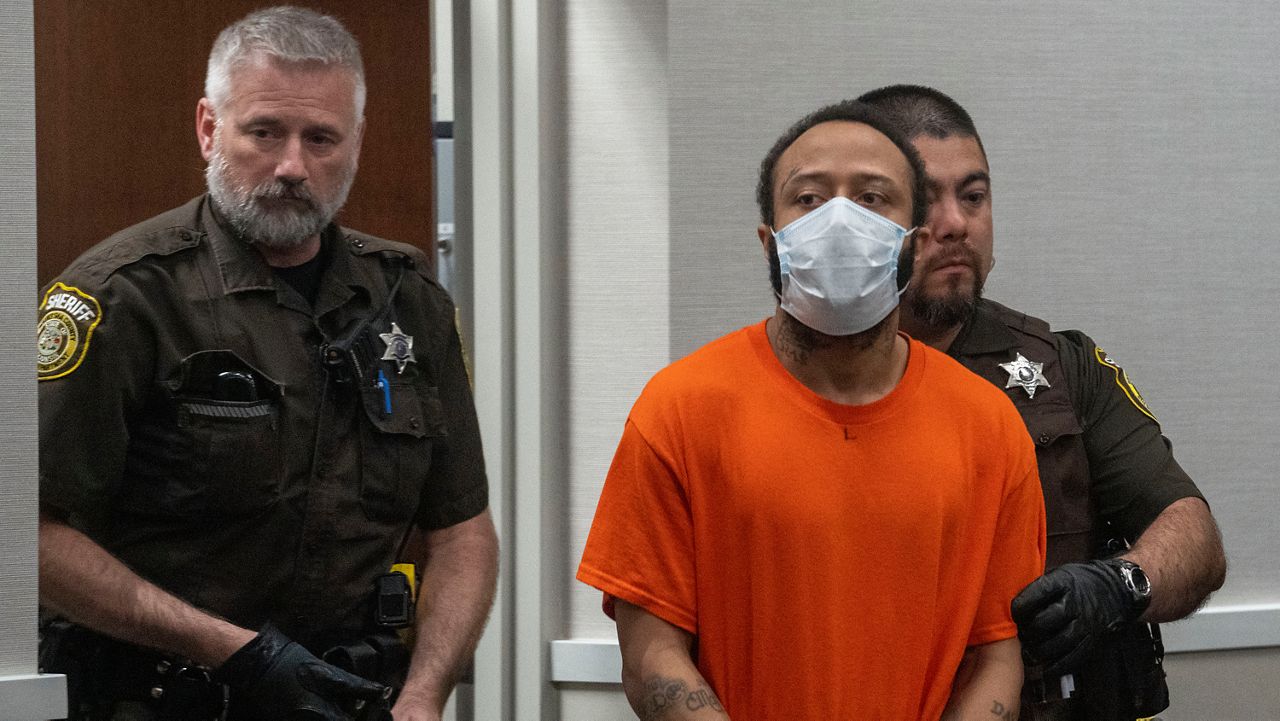 WAUKESHA, Wis. — A judge on Friday refused to dismiss the case against Darrell Brooks Jr., the man accused of driving his SUV through the Waukesha Christmas parade in Nov. 2021

Brooks was originally charged with 83 counts, including six counts of homicide. He allegedly killed six people and injured more than 60 others.

Thursday, a judge struck counts 78 to 83. Judge Jennifer Dorow granted a defense motion to dismiss six counts of homicide by intoxicated use of a vehicle against Brooks, saying a defendant can’t have multiple punishments for the same crime.

He pleaded not guilty in February, then in June changed that plea to not guilty by reason of mental disease or defect.

Public defenders sought to have the case against Brooks dismissed in Waukesha County Circuit Court based a July 1 search of the defendant's jail cell. Investigators and prosecutors were looking for information related to Brooks' recent decision to change his plea to not guilty by reason of mental disease or defect.

Brooks' legal team said "privileged communication was photocopied” during that search. The state argued Brooks was heard on the jail telephone referencing files he got from another inmate, telling him he should get a "not guilty by reason of insanity" plea.

His attorneys said the warrant for the search was deficient and that the action violated Brooks' attorney-client privilege.

In denying the motion, Dorow said the paperwork seized, photocopied and returned to the jail cell was not privileged material.

Dorow also rejected a motion to suppress some statements Brooks made to investigators after defense attorneys argued that Brooks continued to be questioned after stating he wished to invoke his right to remain silent.

Review our live updates from Thursday and Friday's proceedings, here: