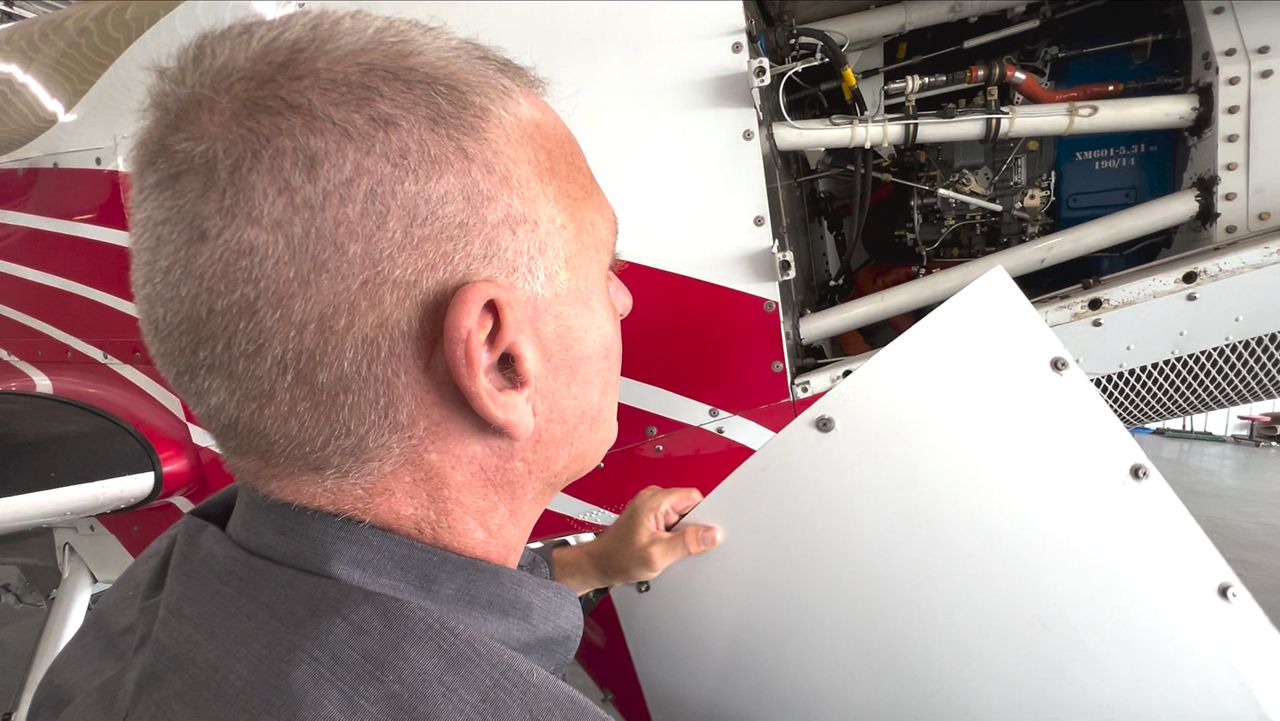 Perrin is an agricultural aviator based out of Bancroft in Portage County. His company, Agricair Flying Service, has been working nonstop for weeks to treat Wisconsin’s cropland. Fields that are untreated with pesticide can fall to disease and die.

“We’ve been flying as hard as we’ve ever flown, hard enough that last weekend we finally decided that we had to take a day off before we had a problem,” Perrin said.

He said agricultural aviation operations throughout the country are struggling to keep up with the demand for their services because there simply aren’t enough pilots in his industry.

“This year I know of operations that have got airplanes sitting empty because they can’t [get] qualified pilots to fly them,” he said. “The pilot shortage is hitting all facets of aviation and we’re no different.”

Perrin serves as president of the National Agricultural Aviation Association. The organization said there are 3,400 licensed agricultural pilots in the U.S. They treated 127 million acres of American cropland according to a 2019 study.

Perrin said that’s a lot of land for so few pilots to cover and the result is a lot of operations like his being overworked.

He said there are currently roughly 60 licensed agricultural pilots in Wisconsin. He said efforts are underway to recruit young pilots into the world of agriculture.

“The opportunities right now are endless for a young person,” he said.

He said the money and career opportunities are plentiful. They just need more pilots in crop dusters to make sure Wisconsin’s crop fields are healthy.