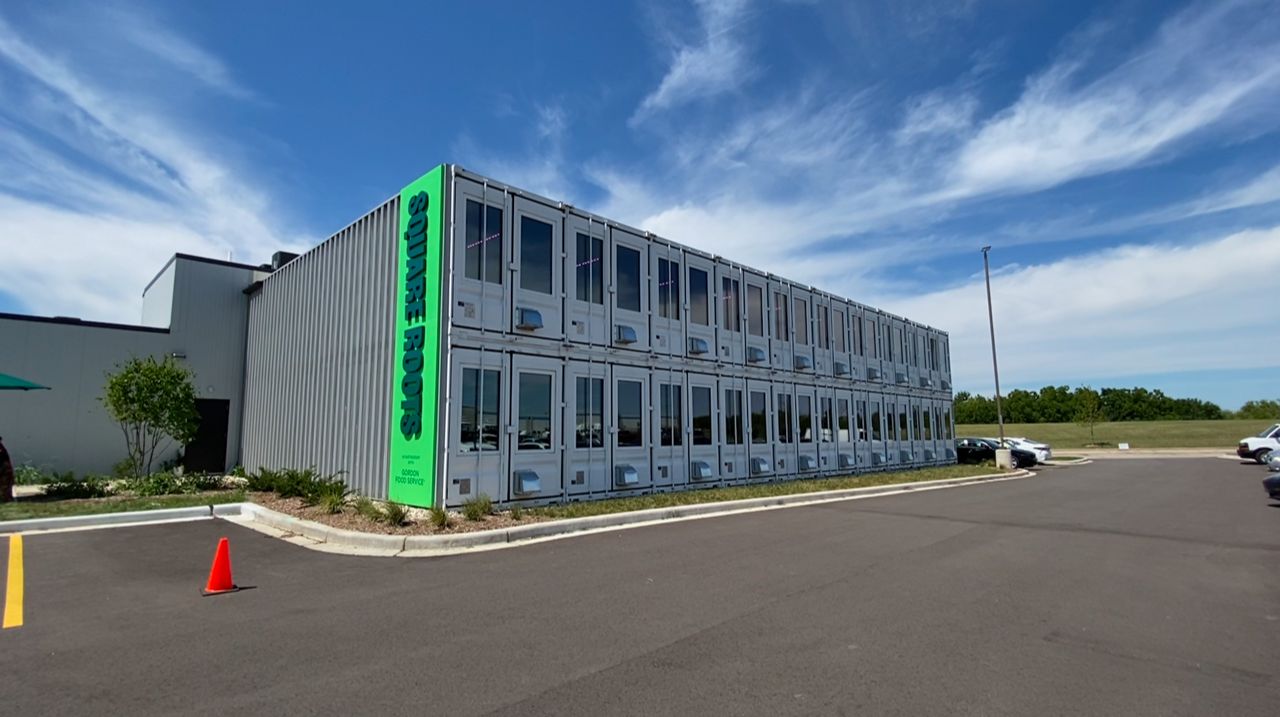 KENOSHA, Wis. — The fresh produce growing season in the Milwaukee area is limited.

And that’s because the average first frost is in mid-October and average last frost is around late April.

Tobias Peggs said that hurts a growing trend of how people want to eat.

“There’s no doubt that people increasingly want locally grown food. It tastes better, you can grow it in ways where you don’t use pesticides, you can reduce the food mile, so you reduce the carbon footprint, and there is a mega-trend toward this type of produce in America today,” Peggs said.

That’s why in 2017, he co-founded Square Roots with Kimbal Musk — Elon Musk’s brother.

It’s a company that started in New York City. Now, it’s found its way to Kenosha.

While the weather was perfect outside for the Kenosha location’s grand opening, that’s not always the case, which is why Square Roots was founded. It gives places an opportunity to grow fresh produce, regardless of weather.

“If you come to Kenosha in February, it might not be so good. Whereas inside our farm, it’s gonna feel exactly like today,” Peggs said. “It’s always perfect conditions to grow the plant.”

Square Roots uses 20 storage containers, modifies them to have their own ecosystem and grows produce inside of them.

There are strict protocols that Square Roots follows to make sure they don’t contaminate their crops.

Hank Kim, the operations manager at the Square Roots Kenosha campus, gave us an outside tour, explaining what they grow inside.

The top 10 shipping containers all grow the basil. That’s their biggest seller by far, as they harvest 1,000 pounds of basil per week, and then another 1,000 pounds of everything else they grow in the bottom containers.

“It seems we’re getting more demand for salad mixes, so we will increase more zones for salads,” Kim said.

That will expand soon, too.

“This idea of being able to have locally grown food and getting that out to everybody in every city, including obviously, Kenosha and the surrounding area, is wilding exciting, and we just can’t wait to build as many farms as possible,” Peggs said.