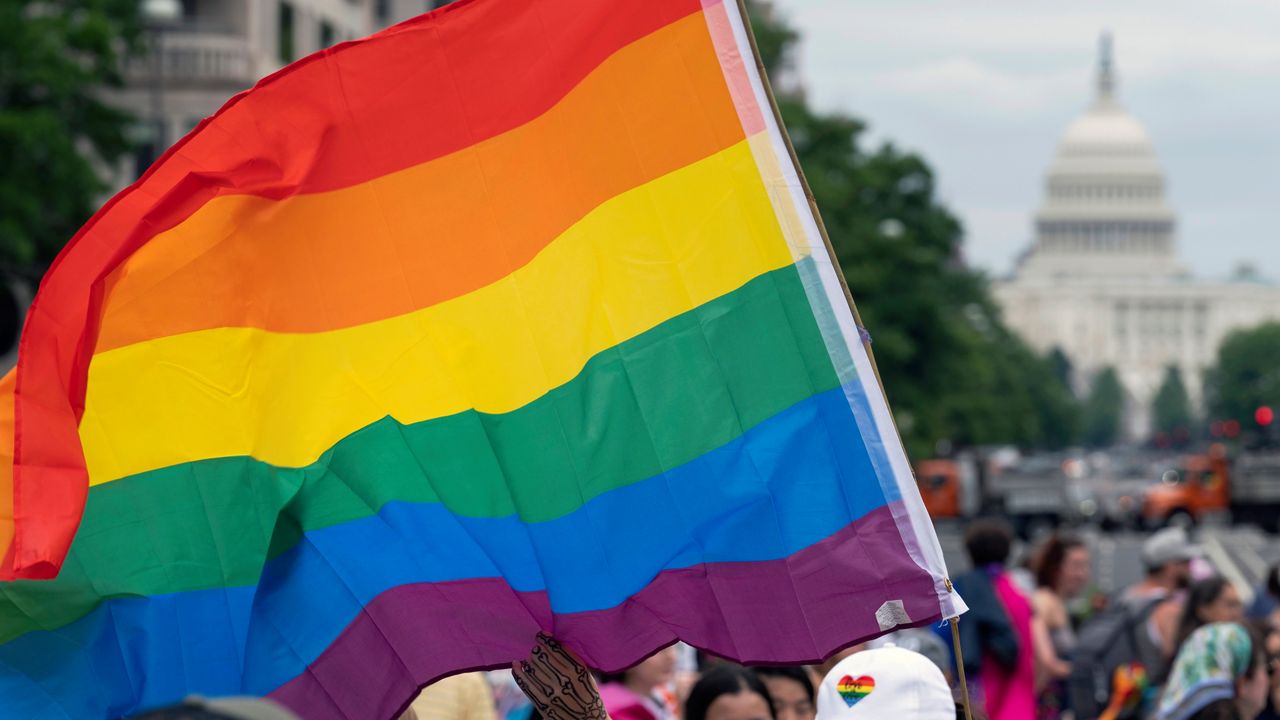 The House of Representatives on Tuesday voted to pass a bill protecting the right to same-sex marriage nationwide, a rebuke to the Supreme Court amid concerns that the justices may revisit certain landmark rulings after overturning Roe v. Wade.

On Wednesday, Senate Majority Leader Chuck Schumer, D-N.Y., said that he wants to bring the bill to the Senate floor for a vote and are looking to see if it has enough Republican support to pass.

The final vote was 267-157, with 47 Republicans joining all present Democrats to pass the measure. Schumer on Wednesday said that he was "impressed" by how much bipartisan support the bill received in the House.

"This legislation is so important, I was really impressed by how much bipartisan support it got in the House," Schumer said on the Senate floor on Wednesday, adding that Wisconsin Sen. Tammy Baldwin, one of the lawmakers who introduced the measure, "is talking to Republicans to see where the support is" for the measure.

"I want to bring this bill to the floor and we're working to get the necessary Republican support to ensure it will pass," Schumer said.

The measure was introduced by one Senate Republican, Sen. Susan Collins of Maine, and another GOP lawmaker, Sen. Thom Tillis of North Carolina, told CNN Wednesday that he "probably will" support the bill.

South Dakota Sen. John Thune, a member of the Senate GOP leadership, told CNN he will take a "hard look" at the measure, adding that there was "pretty good bipartisan support" for the bill in the House and expects there would "probably be the same thing" in the Senate.

The vote was a direct rebuke to last month Supreme Court ruling in Dobbs v. Jackson Women's Health, which overturned Roe v. Wade, which guaranteed the right to an abortion nationwide.

In a concurring opinion to last month's ruling, Justice Clarence Thomas wrote that the high court “should consider” a number of other key rulings, including Obergefell v. Hodges, which guaranteed the right for same-sex couples to marry, and Griswold v. Connecticut, which protects the right of marital privacy against state restrictions on contraception.

In response, a group of bipartisan lawmakers introduced the Respect for Marriage Act, which would codify marriage equality rights into law and repeal the Defense of Marriage Act, a 1996 law that defined marriage as between one man and one woman and allowed states to refuse same-sex marriages performed legally in other states. The provisions of the law were rendered inert by the Supreme Court in Obergefell and 2013's United States v. Windsor.

Many Democrats made impassioned speeches in defense of codifying the right to marriage equality, while Republicans largely avoided the topic of same-sex marriage at all.

“These radical justices took a wrecking ball to precedent of the court and privacy of the constitution,” said House Speaker Nancy Pelosi, D-Calif., in urging her fellow lawmakers to pass the bill.

Some House Republicans said that there is no threat that the Supreme Court will revisit the same-sex marriage ruling in Obergefell, decrying Democrats’ efforts as “a political charade.”

“We are here for a political charade, we are here for political messaging,” Rep. Jim Jordan, R-Ohio, said. “This bill is simply the latest installment of the Democrats' campaign to delegitimize and attempt to intimidate the United States Supreme Court."

“This is about a fundamental fairness in our system, ensuring that people can marry the person they love,” said Rhode Island Rep. David Cicilline, who, as mayor of Providence, was the first openly gay mayor of a state capitol.

“If it's not necessary, then vote for it. If you’re right that we’re worried and we shouldn’t be, reaffirm it,” he continued. “But don't hide behind that to justify your refusal to vote for marriage equality in this country. Every single American has the right to marry the person they love.”

Fellow New York Rep. Mondaire Jones, who is one of the first openly gay Black men in Congress, quoted Justice Anthony Kennedy’s opinion in Obergefell: “It would misunderstand these men and women to say they disrespect the idea of marriage. Their plea is that they do respect it, respect it so deeply that they seek to find its fulfillment for themselves. Their hope is not to be condemned to live in loneliness, excluded from one of civilization’s oldest institutions. They ask for equal dignity in the eyes of the law.”

“Well, since Obergefell, nearly 300,000, same sex couples have gotten married,” Jones said. “Imagine telling the next generation Americans, my generation, that we no longer have the right to marry who we love. Congress can’t allow that to happen.”

Other Republicans dismissed the vote as a distraction from other issues currently impacting the country, namely inflation and the economy.

But one Democratic lawmaker hit back at that argument, saying that his Republican colleagues “want to talk about anything but marriage equality today.”

“It's almost like they don't have any good arguments to make about marriage equality,” said Rep. Sean Patrick Maloney, the first openly gay person elected to Congress from New York.

“My husband Randy and I have been together for 30 years,” he continued. "We've raised three remarkable kids from diapers to college diplomas. But during all that time together, we've only been legally married since 2014. We had a 22-year engagement before an eight-year marriage.”

“When I was elected as a member of Congress in 2012, my husband Randy couldn't have health insurance through this body,” Maloney added. “His spouse ID said ‘Companion’ on it … but through hard work, and an historic coalition, through great allies and partnerships, love won.”

“It's a beautiful thing when your country catches up to you,” he continued. “And today, we're gonna vote for the Respect for Marriage Act, to decide and to make clear whether or not we will go back.”

The chamber will also vote this week on the Right to Contraception Act, which would “codify the right for Americans to access birth control into federal law.”

“Americans’ reproductive freedom, including the longstanding right to contraception, is at risk under this extreme Supreme Court and Republican state legislatures across the country,” Manning wrote in a statement. "We have already seen state governments attempt to restrict contraceptive methods and obstruct people’s private health care choices.”

“Contraception is key to achieving gender equality, improving health outcomes for women and their families, bolstering educational and economic opportunity for all, and ensuring people are in control of their own bodies and futures,” she added.

House Majority Leader Steny Hoyer said last week that Justice Thomas “made it very clear that the extremist ruling that ended Roe v. Wade could be used to overturn other precedents,” specifically when it comes to contraception.

“The House will not sit back and allow extremist Republicans and their judicial appointees to limit Americans’ access to contraception, which is why I will bring H.R. 8373, the Right to Contraception Act, to the House Floor next week,” he added.

In a statement Monday, the Biden administration said it “strongly supports” the measure, adding: “Access to contraception is essential to ensuring all people have control over personal decisions about their own health, lives, and families.”

According to a Gallup poll from last month, a record-high 71% of Americans support same-sex marriage, compared to just 27% support when the company first started asking the question in 1996 and has largely steadily climbed ever since. Support for same-sex marriage hit a majority level in 2011 and reached 60% in 2015, the same year the court ruled in Obergefell, per Gallup.