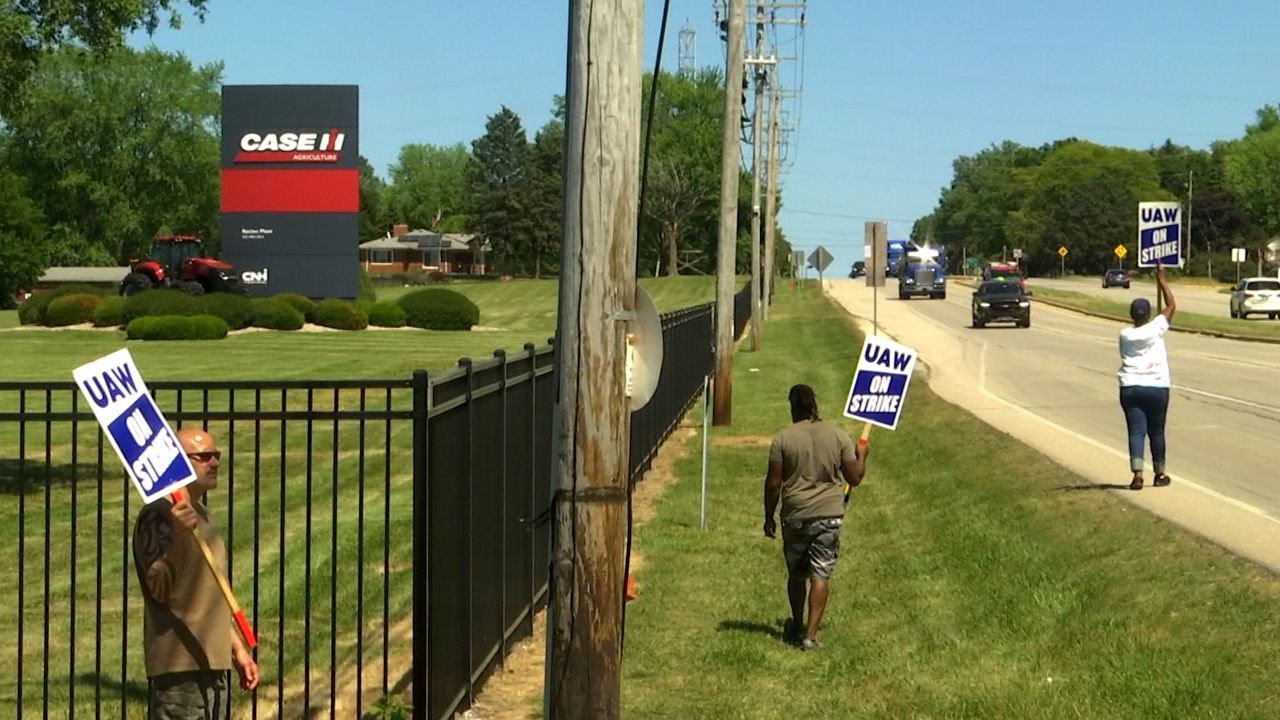 RACINE, Wis. — More than 400 workers at a Case IH tractor manufacturing plant remain on the picket line as they demand fair benefits and wages.

UAW Local 180 walked off the job May 2 in protest of the labor contract offered by CNH Industrial. As the strike approaches its third month, workers outside the plant’s fences say their struggle is part of a broader labor movement in America, in which workers are standing up for commensurate pay and benefits for the modern economy.

During the work stoppage, members of Local 180 receive $400 per week from the United Auto Workers strike fund.

Tim Holloway, a machinist on the picket line, said times are tough, but he has to focus on the future.

“I have no choice but to go strong because I know my worth,” Holloway said. “We’re addressing the elephant in the room, which is corporate greed.”

CNH is controlled by Exor, a Dutch holding company which also has major investments in Fiat, Ferrari and Juventus Football Club. In 2021, CNH reported a record $1.8 billion in profits. Workers on the picket line in Racine say when the company does better, workers should also do better.

Leaders of UAW Local 180 have said the strike could last well into the summer if CNH’s contract offers do not improve.

“The insurance is worse than what we currently have, and the wages are not commensurate with 2022 wages in this area,” said Yasin Mahdi, the union president. “All of these area manufacturers are paying more.”

On the picket line, Holloway said a big-picture perspective keeps him motivated.

Holloway has worked at CNH for four years. He said despite the strike, he enjoys working at the Racine plant, and looks forward to getting back to building Magnum series tractors inside what he calls his second home.

Spectrum News 1 asked CNH Industrial for an interview or statement about the ongoing strike in Racine. The company has not responded to that request.