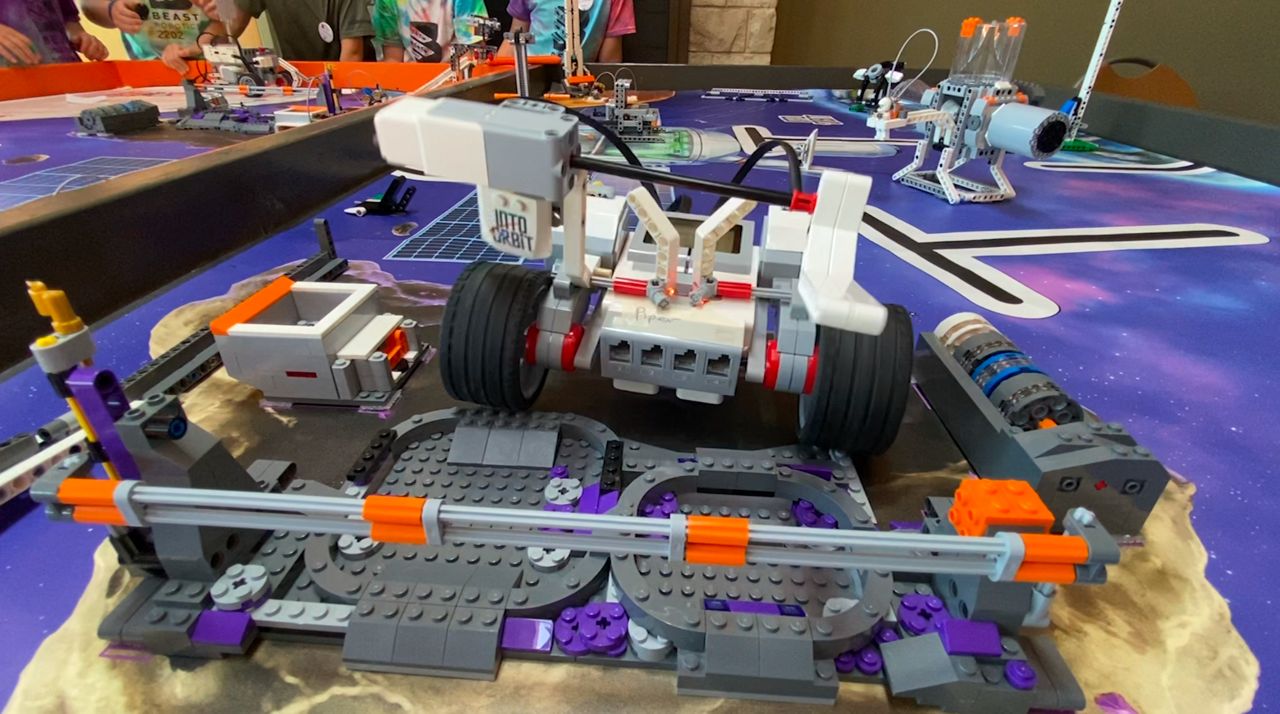 BROOKFIELD, Wis. — Even though Zane Rothe just graduated this spring from Brookfield East High School, he spent a week this summer working as a camp counselor at the BEAST Robotics Summer Camp.

It's something he's done every summer for the last five years.

“I like to do the mechanical design process and stuff like that," Rothe said of his own robotics interest. "I like to get down and dirty in fabricating the parts and creating the pieces that really go into building the physical robot.”

At camp, he helped Asher Genduso and other students between 3rd and 6th grade solder together a circuit board.

"It actually plays a tone, and these little leds light up as well," Rothe explained. "Each camper can choose their color of led, and they get to take it home with them at the end of the day.”

The tone Genduso chose is pretty well known — The Imperial March — also known as Darth Vader’s theme song from Star Wars. Genduso said he enjoyed his time in the camp, and has learned a lot from it.

Some of those challenges involved LEGO robots — which is what Deepa Dhandapani worked on.

She explained how they work to code the robot, and program it to do certain functions, and move about a large platform.

Sometimes, the robot does exactly what the kids program and code it to do, while other times, it doesn’t.

When that happens, the students have to go back to the drawing board.

Nathanael Ren, a senior camp counselor, said that’s all okay — because they learn from their mistakes.

"You can see they’re really just starting to think more like a programmer and an engineer on how they approach these problems," said Ren. "I think we’ve been able to instill the approach into them, which is fantastic."

The camp has had about 48 students each year — and the goal is to keep them interested all the way through high school — said activity director, Sierra Lieske.

"That is our biggest dream," Lieseke said. "We went to reach as many campers and grow our program as much as possible. We truly believe stem is the future, so we want to make our team as strong as possible.”

Even though it looks like they’re just playing with LEGOs — these kids are staying engaged, and improving their science, technology, engineering, and math skills — in the summer, outside of the classroom, and that, the district said, is so important.

While camp is over, BEAST Robotics offers "Camp at Home" videos, that guide students through experiements they can do themselves. Check them out, here.