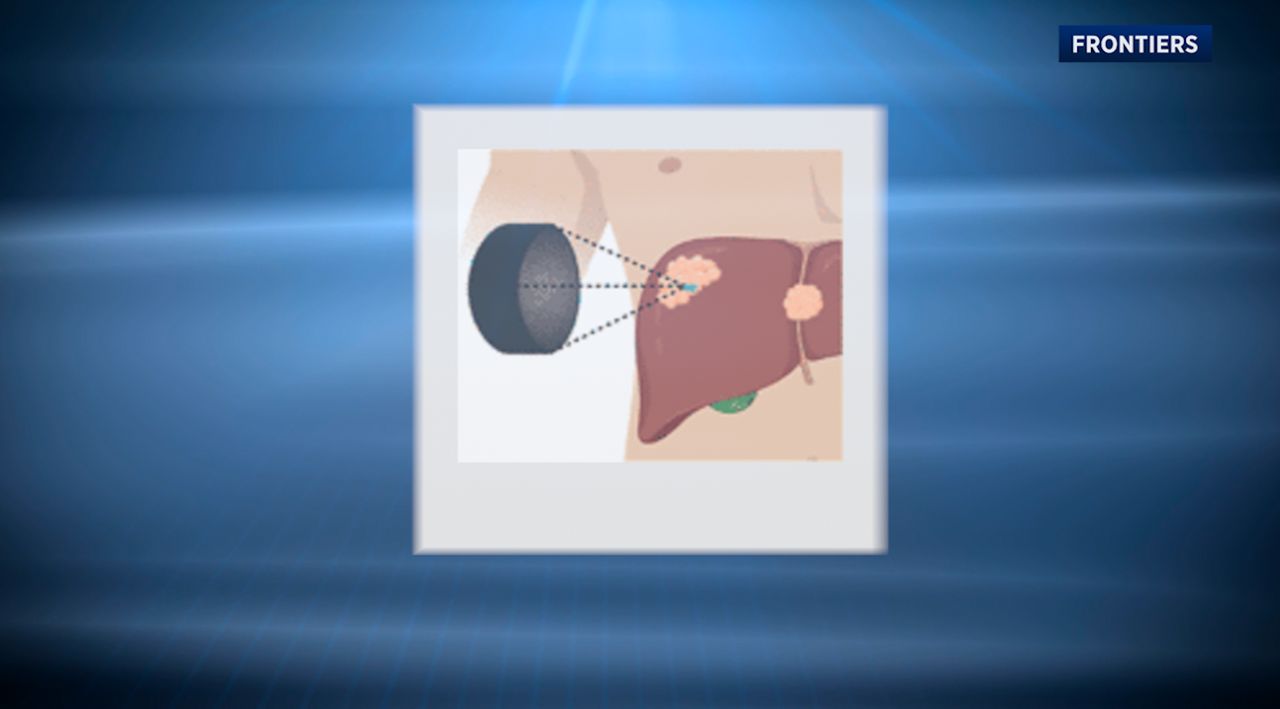 MILWAUKEE— Instead of a scalpel, sound pulses are now being used to treat cancer in one area of the body.

It's potentially groundbreaking technology; a national clinical trial is happening in the Badger State. It's bringing in people from all over.

The search for new treatment options led Dallas mother, Heather Hayenga, to Froedtert and the Medical College of Wisconsin. She was diagnosed with a rare form of cancer in 2014. After treatment, Hayenga was in remission but the cancer came back and has spread.

"There’s active tumors in my lungs, my liver, in my spinal cord area, the spinal canal and in the brain,” Hayenga said.

She was the first patient in the Milwaukee treatment trial and third in the country.

Hayenga said her main concern after the treatment was whether or not it was successful.

"I really didn’t feel bad at all. It felt just like I did before the treatment," Hayenga said.

Dr. Amanda Smolock is a vascular and interventional radiologist with the Froedtert and Medical College of Wisconsin Health Network. She said she can watch this treatment as it happens.

The treatment, called histotripsy, is a non-invasive therapy. By using focused sound waves, the technology targets tumors in the liver.

“As the tissue is destroyed, it’s destroyed at the cellular level, creating this acellular homogenate or this liquid and that is also visible under ultrasound," Smolock explained.

She said the treatment is very precise.

"There is not a gradient of damage to surrounding tissue that can happen with some of the other treatments," Smolock said.

Patients in the "Hope for Liver" trial receive one treatment for up to three tumors.

"We think that it potentially could be safe in areas that right now we have trouble sometimes treating near very critical structures like centrally in the liver," Smolock said.

“Interventional radiology has traditionally been very male dominated so to see our team be all female, it was a neat thing to note,” Smolock said.

As she continues to try different treatments, Hayenga is in a unique position. As a researcher at UT-Dallas, she's not just a patient.

"In the lab we are creating some pharmaceuticals so I’m hopeful that maybe I can try new drugs for this rare cancer I have," Hayenga said.

Trial researchers said they hope to present safety data to the FDA for approval in the coming months.

Froedtert and Medical College of Wisconsin told us there's been interest in patients from all over the world. The trial is for people who have not responded to, or are intolerant of, other available therapies, or those who have relapsed after standard treatment.

For more information about this clinical trial, contact the Medical College of Wisconsin Cancer Center Clinical Trials office at 414-805-8900 or email cccto@mcw.edu.

6/2/22 Editor's Note: A previous version of this article stated acellular homogenate is also visible over ultrasound but has been edited to correctly reflect it is visible under ultrasound.