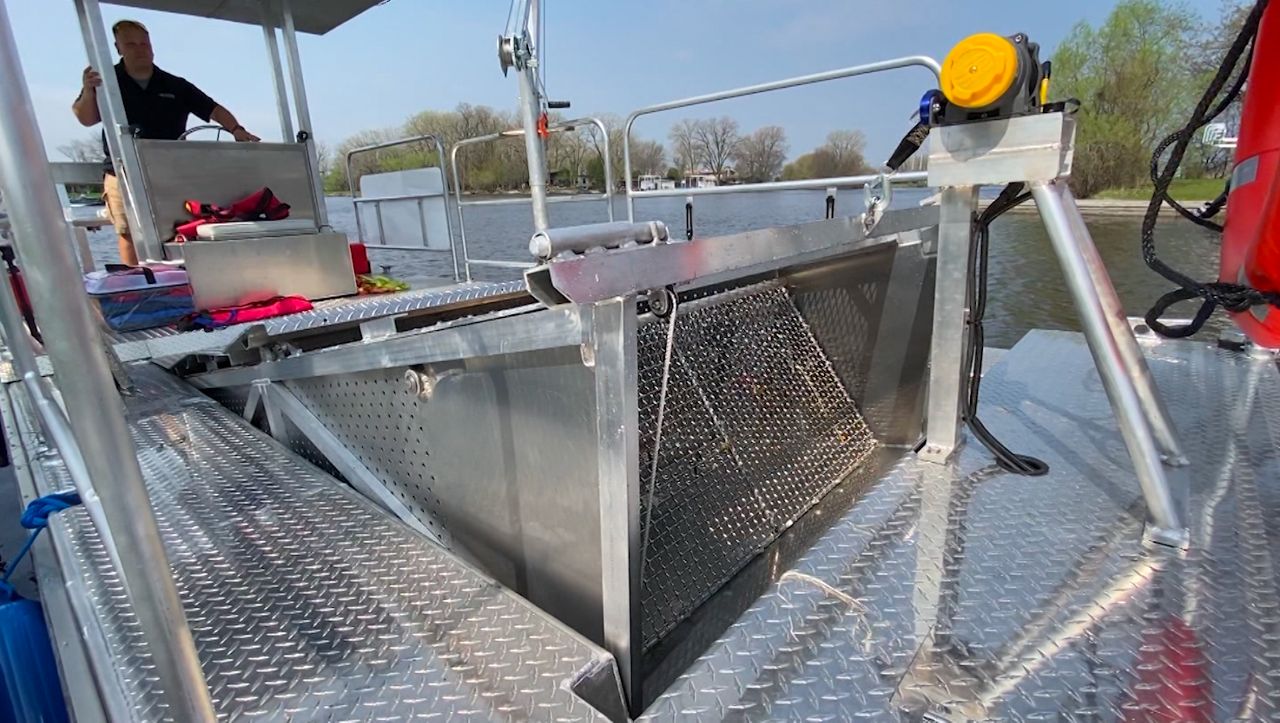 OSHKOSH, Wis. — It was a calm and sunny day on the Fox River when the University of Wisconsin-Oshkosh launched its latest tool to help fight pollution on Wisconsin waters.

Recently, a garbage skimming boat eased into the river for a test run before deployment to Door County this summer.

The pontoon-style boat features a trash collection area below deck. Greg Kleinheinz, UW-Oshkosh’s Director of Environmental Research & Innovation Center, took the helm for the first time. He has spent countless aboard boats, but this was his first time piloting a garbage collector. 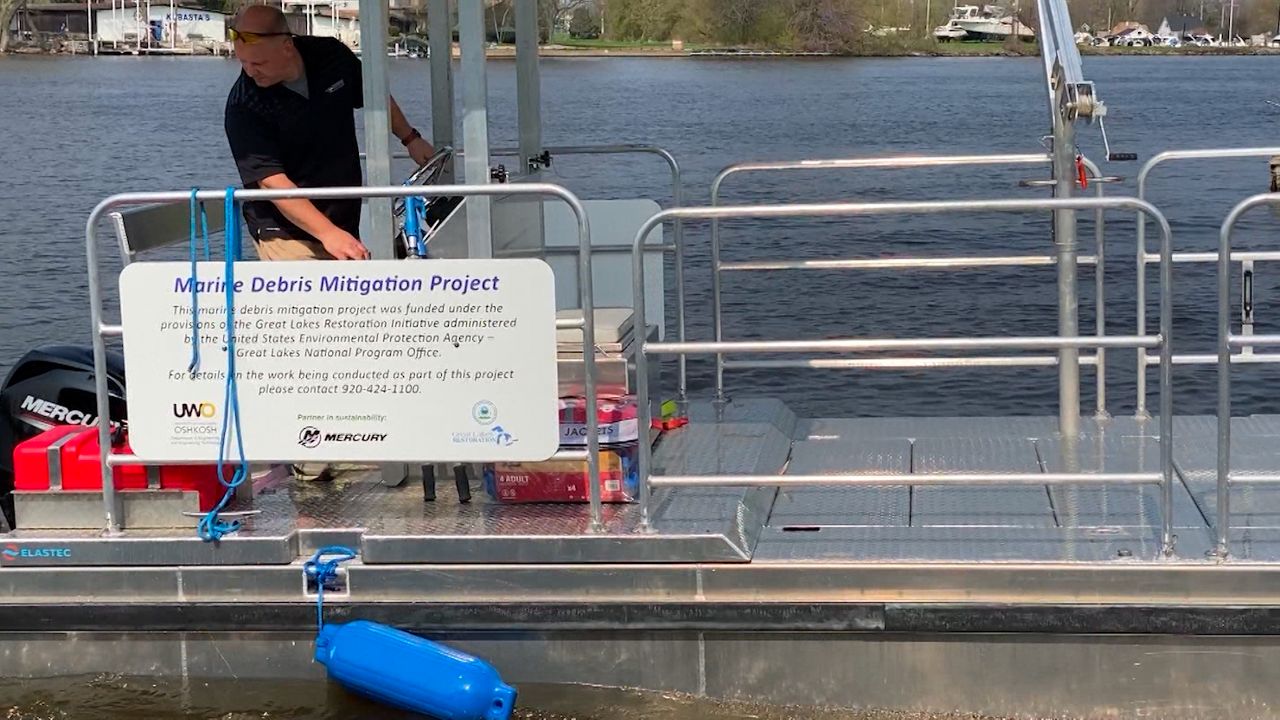 “Nobody’s done this before. We’re learning as we go,” said Kleinheinz. “We’re going to try and find the highest risk areas.”

From Memorial Day to Labor Day, the boat will focus on cleaning up Lake Michigan, Green Bay and the Fox River. They’ll specifically target areas around marinas, where they expect to find concentrations of litter.

“We expect to remove thousands of pounds of trash over the course of the summer, but that’s really just a part of it. When you think of 22,000 tons of plastic going into the great lakes, we will only remove a very small amount of that,” explained Kleinheinz. 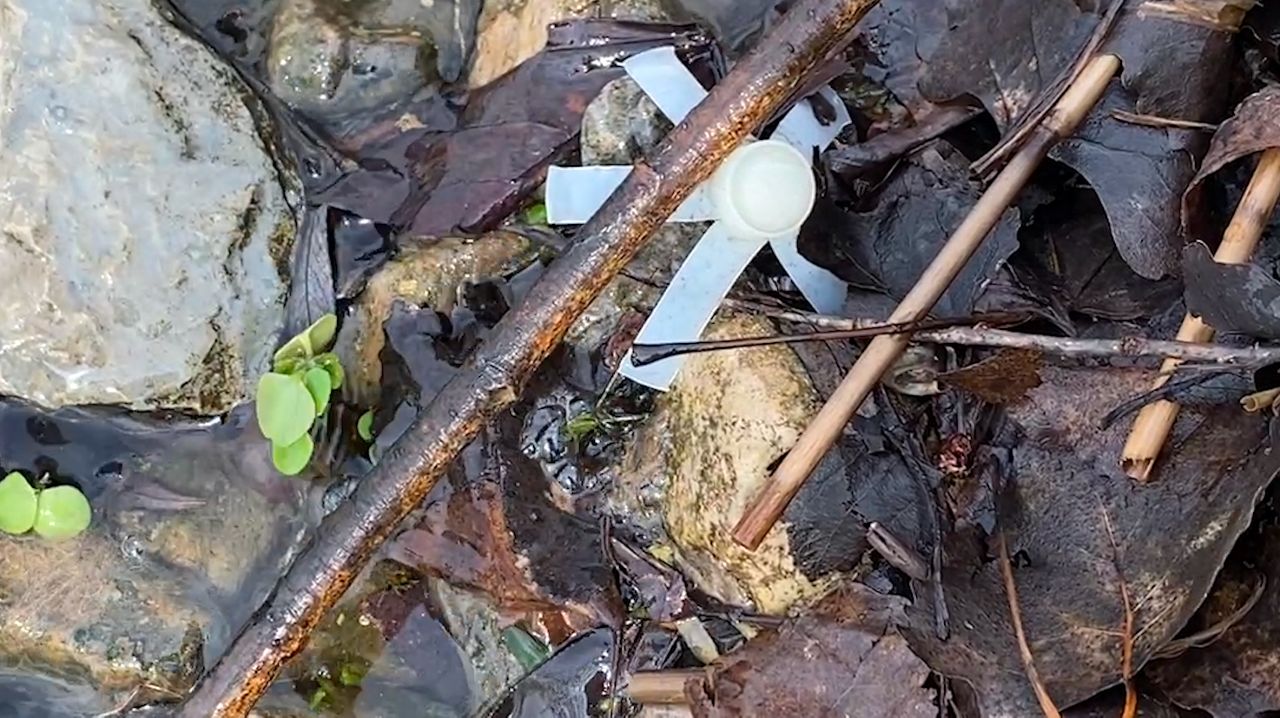 It may sound like a small slice of the pie, but those numbers did not discourage him. His team of students and staff will also gather valuable information from the garbage they recover.

“Not only picking it up, but we’re characterizing that debris as well, so we can help determine where it came from and hopefully design some outreach and education programs,” Kleinheinz said.

Funds for the $130,000 boat were secured through a $400,000 grant from the Environmental Protection Agency. Six students from across the state and the U.P. will operate the boat this summer. They’ll also deploy an autonomous garbage collecting drone.

“It’s a great application of engineering, science, and integrating that into the needs of a community. Students get to help fund their education, learn something along the way and put those applications and hands-on skills to the test,” Kleinheinz said.

He calls the water debris and microplastics, emerging issues in the Great Lakes region. 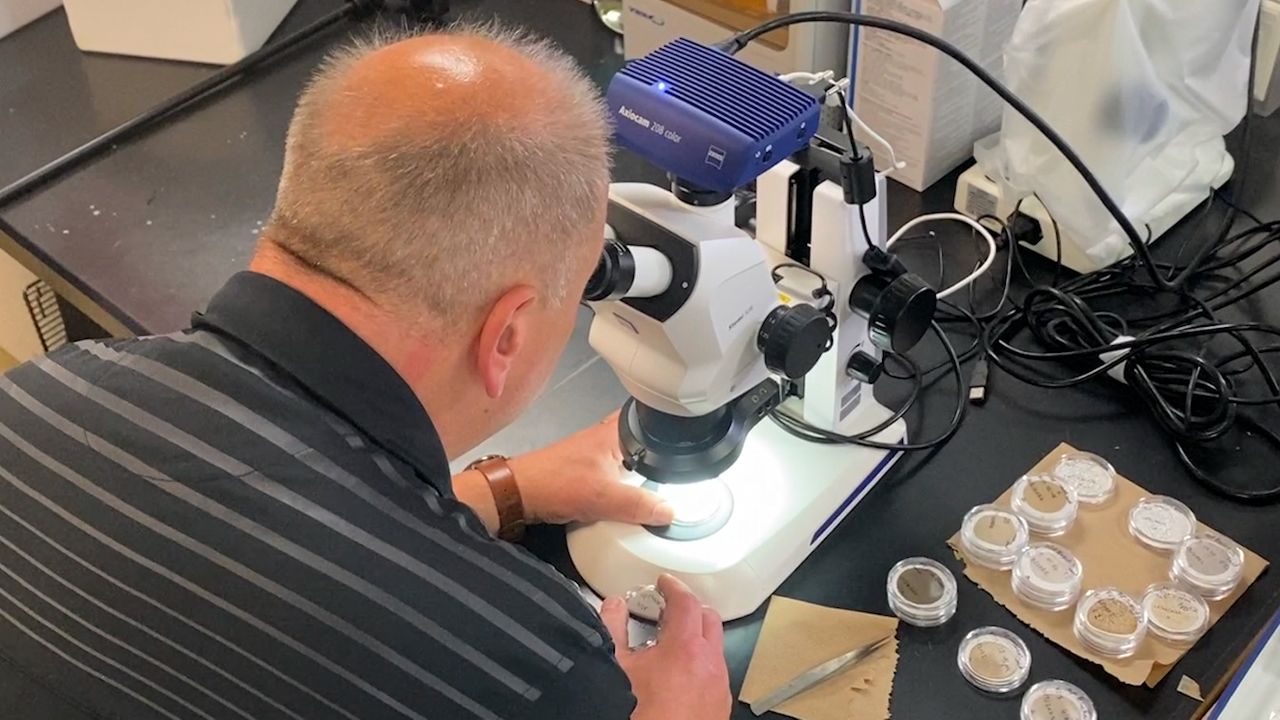 In the lab, Kleinheinz put samples from local waterways under the microscope.

“There’s a small piece of plastic and some sort of fiber,” said Kleinheinz.

“The health effects of these are not well understood right now,” Kleinheinz said. “We also ingest this. What’s it really doing to us and we really don’t understand those things? It’s probably not a good thing that we ingest.”

With their new garbage skimmer, they hope to clean up the waters and keep them that way.