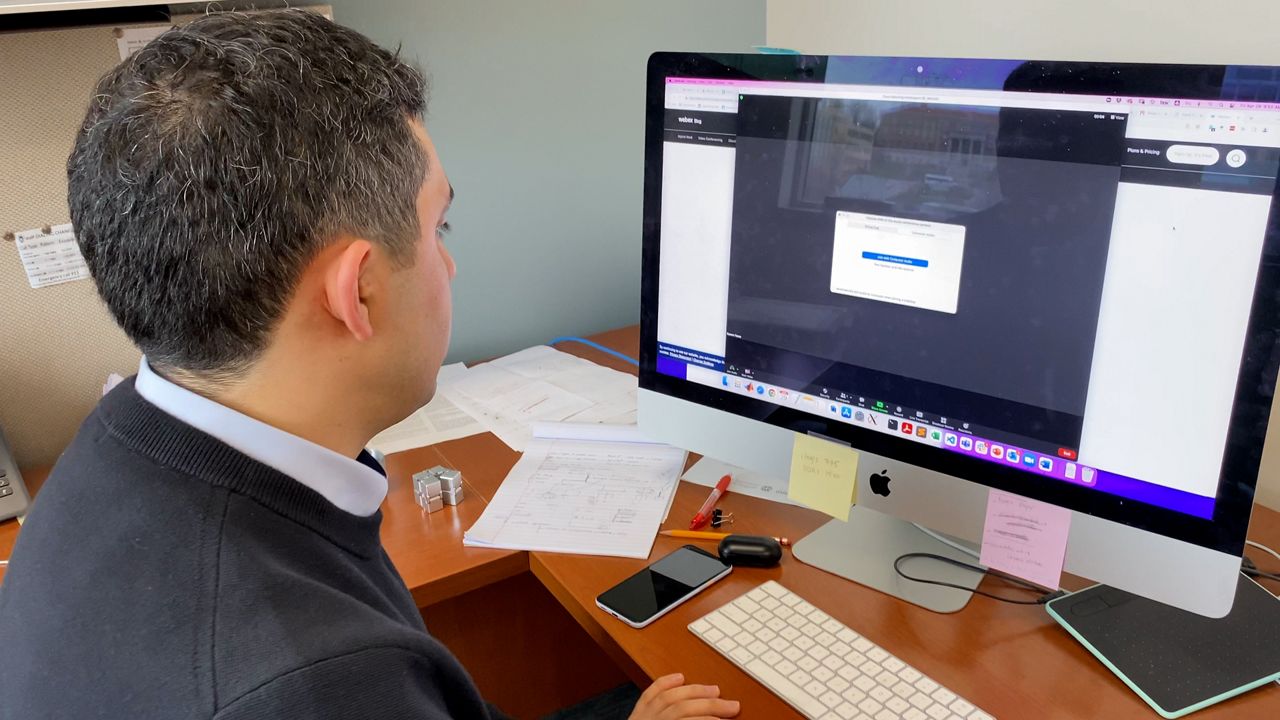 Are you muted? Not exactly, finds UW-Madison privacy researcher

MADISON, Wis. — An investigation from the University of Wisconsin-Madison researchers found when using video chat platforms, your microphone is still on when you’re muted.

“I don’t have social media accounts on most websites,” Fawaz said. “Privacy is very personal to me.”

That’s apt for him, because he’s a privacy expert and assistant professor at UW-Madison. Last year, his phone rang.

“My brother was having a video conference call with a company. He works in Chicago,” Fawaz said. “He was using an iOS app, and he was muted. And then there was this orange indicator showing that the microphone was still accessed.”

His brother asked him to figure out what was actually happening when he was muted, but his microphone was still on.

Fawaz and his team started to look into it. They investigated for months and found that the microphone is rarely turned off when you’re muted.

“Some way or the other, even when you’re muted, there’s some connection between the app and the microphone,” he said.

Next, they needed to figure out what’s happening with that microphone data. With most platforms, it didn’t seem to be going anywhere. However, WebEx was the exception. Once Fawaz’s research was published though, Cisco changed course.

“They released later on an official blog post saying that, yeah, we thank you for these findings. We’re not doing this anymore,” Fawaz said. “They stopped doing this because of our research.”

What’s important to note here is that companies don’t seem to be recording and collecting audio data while you’re muted, and storing it somewhere else.

However, Fawaz pointed out that the technology exists for companies to analyze your audio locally, right on your computer. It’s the same programming that they use in devices to constantly listen so they can respond to phrases like “hey Google” or “hey Alexa”.

“We didn’t find evidence that anything egregious is happening,” Fawaz said. “Technically, anything can happen.”