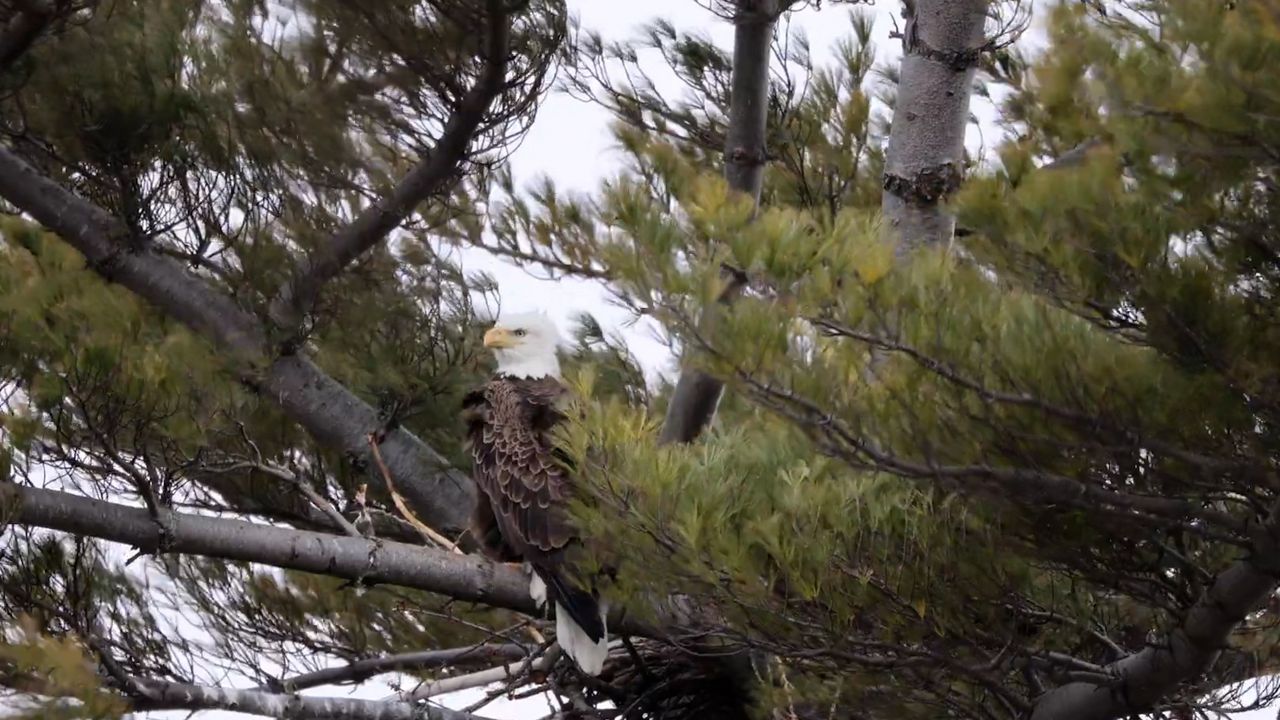 Bird flu could have led to Milwaukee bald eagle’s death

MILWAUKEE — A bald eagle nesting in the Bay View neighborhood showed symptoms consistent with highly pathogenic avian influenza (HPAI) at the time of its death Saturday, according to the Wisconsin Department of Natural Resources.

The Wisconsin Humane Society’s Wildlife Rehabilitation Center had provided care for the bird, a female, after responding to a call regarding a bald eagle in Bay View unable to fly. The center announced on social media Saturday the eagle’s condition worsened rapidly, suffering a seizure and losing oxygen before workers euthanized the bird. The Humane Society said it could only confirm HPAI, commonly known as bird flu, after further testing, and expects results within several days.

As of Friday, the U.S. Department of Agriculture had identified six cases of HPAI among wild birds in Wisconsin, including a bald eagle in Dane County and a goose in Milwaukee County.

“Other birds of more immediate concern to us are chickens, for example,” Ford said. “That’s why the state is very concerned and monitoring it, making sure it doesn’t affect our food supply.”

Bald eagles have made a remarkable comeback in Wisconsin. Thanks to the national ban on the pesticide DDT, protection under endangered species laws and successful breeding efforts, the DNR counted 1,684 active nests in 2019, up from just 108 in the 1970s. An active nest found in Milwaukee this spring meant all 72 Wisconsin counties had at least one active bald eagle nest.

Until recently, a residential street in Bay View had never been a must-see spot for eagle watchers. There is one fewer bald eagle captivating the neighborhood, but spotters reported seeing the male eagle in flight and in its nest Monday evening.