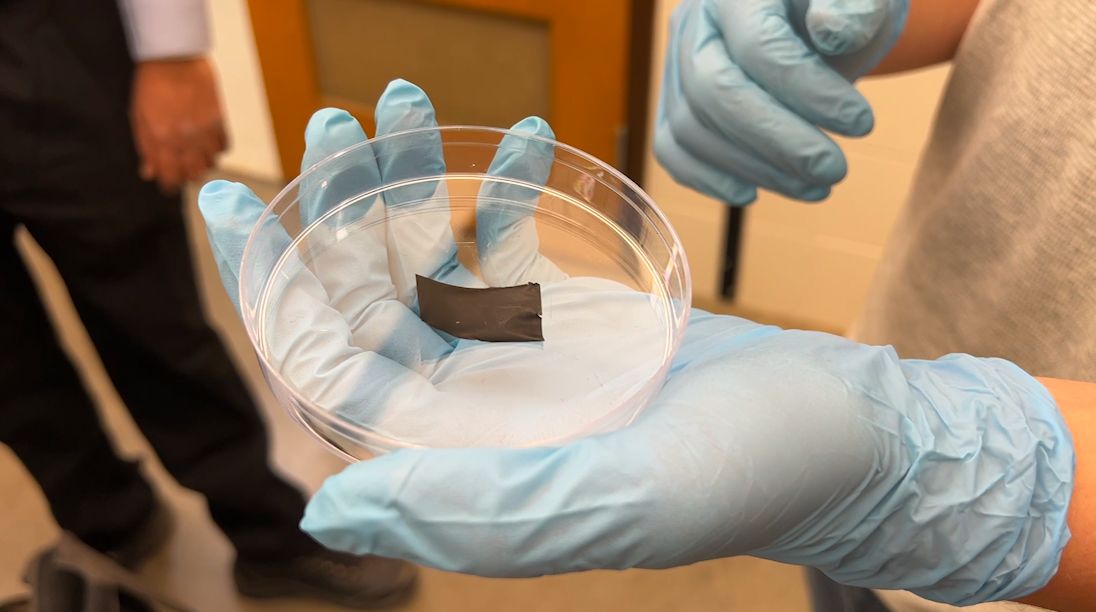 MADISON, Wis. — A team at the University of Wisconsin-Madison has created a material that is tougher than Kevlar, which is found in bulletproof vests.

It’s a project they hope can help save lives.

The material in small scale is almost comparable to the look of electrical tape. However, it’s much different and much stronger. So what’s inside that makes it so strong? Engineering and physics assistant professor Ramathasan Thevamaran has the answer.

“It’s a nano fiber mat made out of carbon nanotubes and Kevlar nano fibers,” Thevamaran said.

Essentially, it is a bunch of super small tubes and fibers woven together to make a tough material. Thevamaran has been working at UW Madison for a little over four years now, focusing on projects like this. He and his team work with lasers to test this material to ensure its strength while in the lab.

“This mat is going to be extremely strong, extremely tough and also extremely stiff,” Thevamaran said. “So it kind of checks all the boxes for protective application.”

One major perk of the material is how light it is. Even though it is super lightweight, it is still able to protect. The team believes this will be an added benefit to those using it in things like bulletproof vests.

The material is able to take away a lot of the energy brought on from the bullet. Their hope is for people like first responders and military to be able to use this to better protect themselves, possibly even football players.

“You want a protective material system that does not fail and before failing, it absorbs an enormous amount of kinetic energy from the bullet so they don’t go on to harm the first responders,” Thevamaran said.

It’s a project he and his team are proud of and hope it can soon benefit those on the front lines.