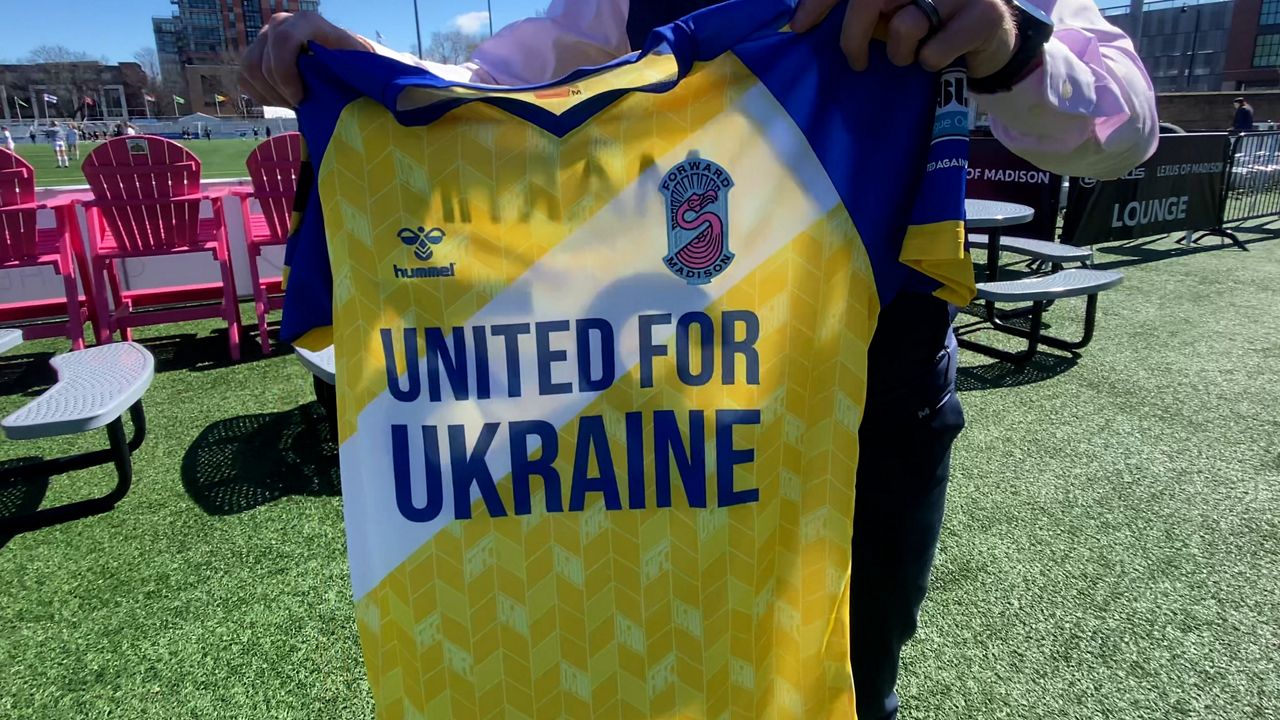 Their soccer team's first home game of the season at Breese Stevens Field is Saturday evening at 7 p.m. Crews spent the morning prepping, cleaning and organizing the stands.

“What we live for is days like today, it's opening day,” said owner and CEO Conor Caloia, with a big smile on his face. “It's a sunny day, there's great energy around the club right now.”

In the club’s first three years; this can serve as somewhat of a debut or reset button.

“This is the first time we're opening a season at full capacity in a normal environment, since we opened in 2019,” Caloia said.

The team was set to look different once they hit the pitch.

“When the conflict in Ukraine started in late February, we started talking about, 'What can we do?'” Caloia said.

They settled on special jerseys. The "Flamingos" are known for them.

The jerseys are the colors of the Ukrainian flag, with sunflowers on the sleeve.

“The way this club really speaks is through our kit, through our jerseys,” he said. “That's really become our voice in the first three years as a club.”

The rush was on to make it happen. They had about a month or so for the in-house designer to get going, and then actually have the kits made.

“Most teams work with large, international global suppliers, and they have to order their kits 12-18 months in advance,” Caloia said. “We turned this kit in 12-18 days.”

Forward’s jerseys are made in Los Angeles, and the owner’s grandfather is Ukrainian. The Forward team didn’t know that when they placed the order, but when it went through, the supplier stepped up to the plate to make it happen fast.

The team started selling the jerseys Friday, pledging to donate all the proceeds to Unicef relief efforts in Ukraine. It became an instant success.

Caloia said he believes they’re the only professional team with custom kits designed to benefit the Ukrainian people.

“We're really happy that we can work with our Forward Madison community to raise the money and hopefully make a small difference,” he said.