Future stars are chasing their dreams right here in Wisconsin

MILWAUKEE— In between her auditions for collegiate acting programs, Elisheva Scheuer was pouring over another audition packet— one for “Macbeth.”

“Macbeth” isn’t exactly something most high schoolers get excited for, or voluntarily put effort into.

But the Nicolet High School senior wasn’t the only one. 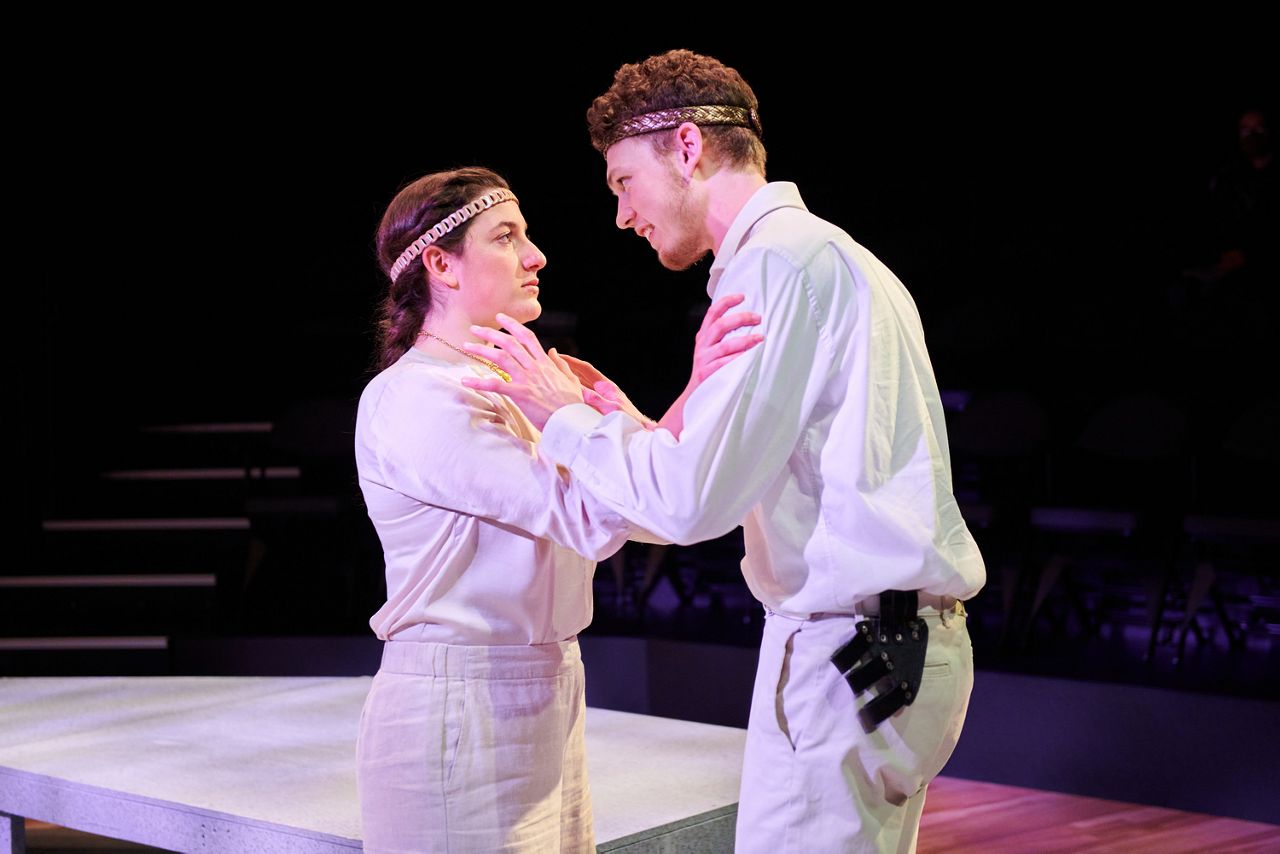 “The themes are so very relevant today and nobody explores these ideas better than Shakespeare. The opportunity I have to live the character of Macbeth and to take Shakespeare’s words from the 1600s and speak those words in our world today is such a powerful experience,” Liam Jeninga said. Jeninga is a senior at Delavan-Darien High School.

It’s the finale of their childhood theater experience.

“I was definitely nervous, but true to [our director’s] form, she made the audition room a welcoming and safe place, which helped me feel free and comfortable despite the nerves,” Scheuer said.

Scheuer would know about Marcelle Kearns’ form after all; she’s been a part of First Stage’s Young Company for four years. 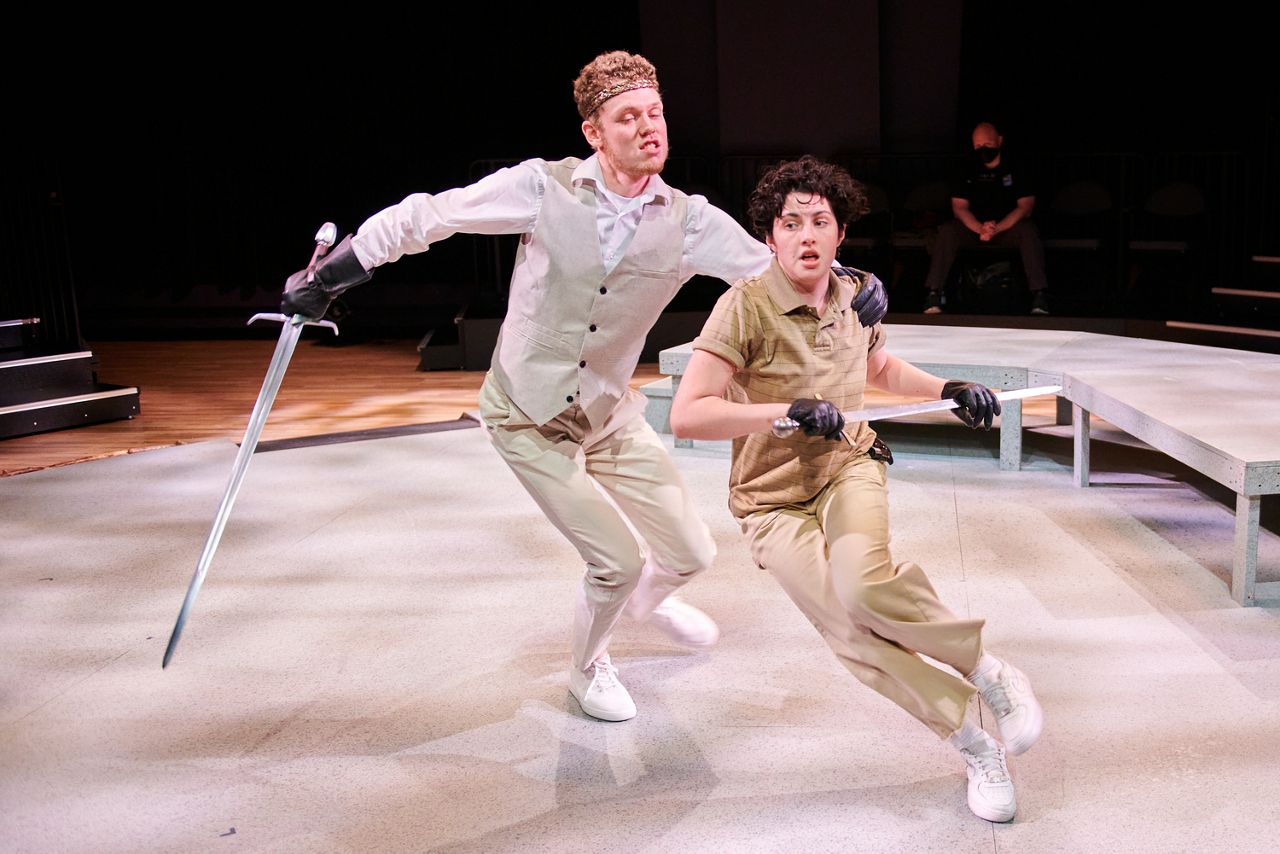 Young Company is a program for advanced high school theater students “who want to take their work to the next level.” The group’s leaders said the high schoolers take college-level classes in acting, voice, movement, Shakespeare, auditions, dialects and stage combat.

“Basically, not all of them, but a fair amount of them think that they’re going to want to pursue theater, in college, and maybe even as a career,” Matt Daniels, Young Company’s program director, said.

And that, the students have learned, takes a lot of hard work.

“I never expected to work this hard, grow this much and become this passionate about theater,” Jeninga said.

When Jeninga fell in love with theater, he fell hard. He’s headed to Northwestern University to pursue a BFA in acting next year. 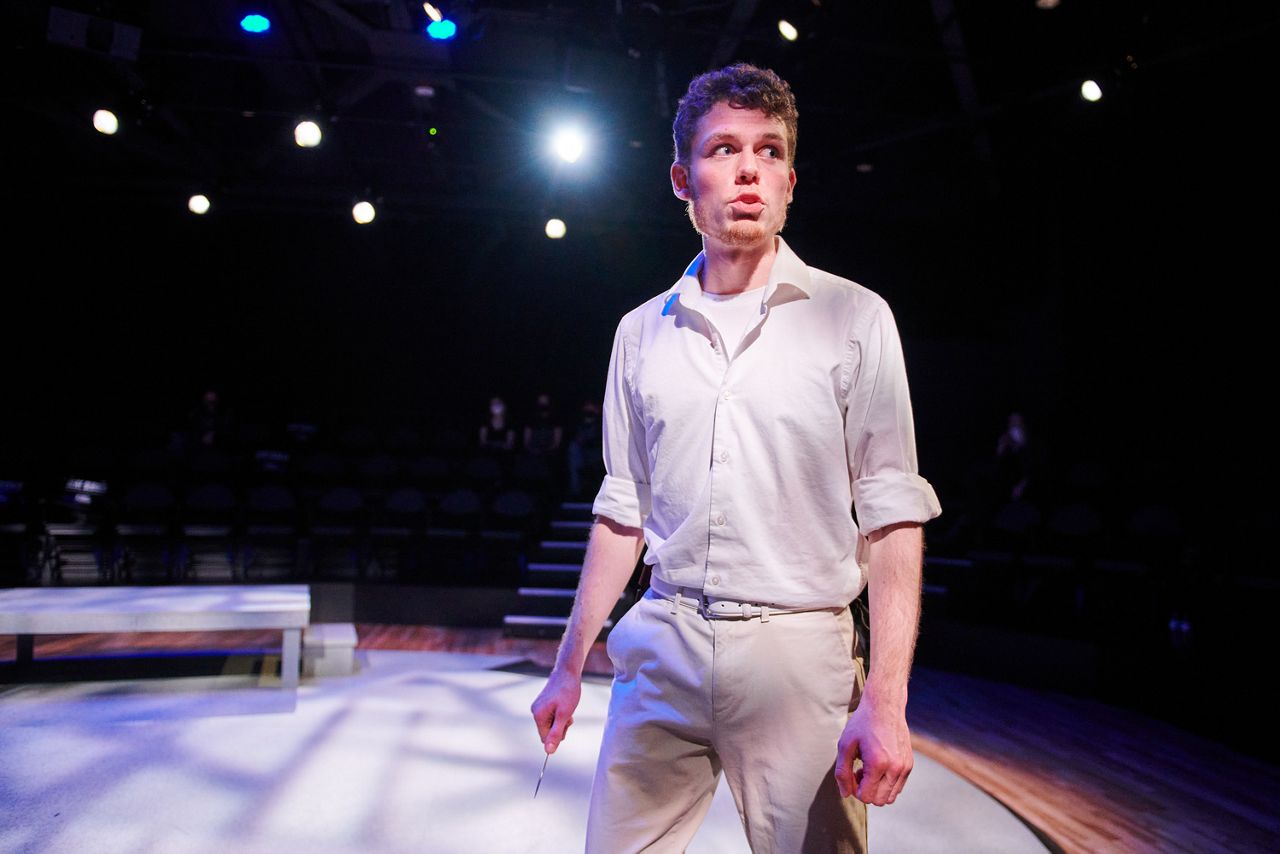 Daniels noted the program has propelled students to well-respected theater programs such as Julliard, Carnegie Mellon, University of Minnesota, Cal Arts and Northwestern University, too name a few.

“I always like to tell the seniors who are graduating that once they graduate now I can call them colleagues and nothing makes me happier,” Kearns said. “ I love that I can see in the young people with whom I work the future of our industry.”

Sure, the show is a classic that most theater-goers and high school graduates are familiar with, but the kids are hoping to highlight what might have faded from memory for some.

“This show is valuable on so many levels. From the themes of greed, ambition, power, and love, to the intricate details we have discovered throughout rehearsals, there is a lot to learn about ourselves,” said Leo Madson, a 17-year-old homeschooler taking classes at the University of Wisconsin Milwaukee. He plays both Malcolm and Hecate in “Macbeth.”

“This is a play about ambition and the desire for success that is in everybody. We are a young cast, so we have the perspective of those who are at the very beginning of this journey. We may not have the wisdom, but we have a hunger which I believe comes through in our performance and brings an unsettling energy to it,” Jeninga said.

Kearns agreed with Jeninga, who plays the title role of Macbeth, that the biggest challenge of directing a Shakespeare production comprised of teens, can be their age.

But even that doesn’t seem to stop them. 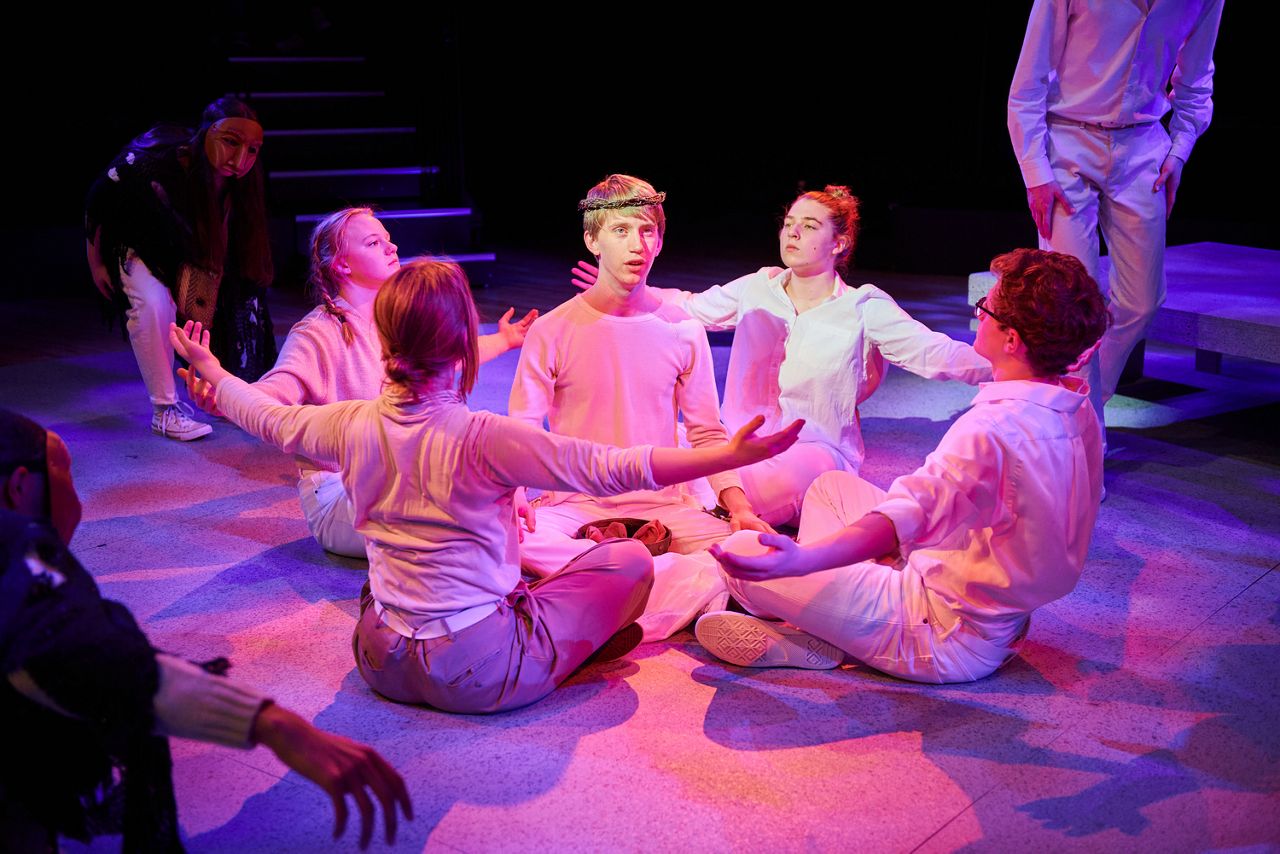 “They sometimes make choices that are more fearless than adult actors that I see and have a viewpoint on the story by virtue of their age, experience and generation,” she said. “It seems like it’s a challenge, but I think it ends up being an asset in terms of their work.”

Their fearlessness shines through in their work and understanding of their art.

“My favorite thing about Lady Macbeth is her complexity. It seems that she is often whittled down to her manipulative or ambitious nature, but there are so many more layers to her I’ve discovered throughout the rehearsal process,” Scheuer said. “That being said, I also love how Lady Macbeth supersedes the gender roles of the time in her expression of ambition, intelligence, and cunning, traits more typically associated with men at the time.”

The show’s leading lady said her final bow for the show will be bittersweet.

“The most rewarding part of Young Company has been the relationships I’ve formed with my cohort. They’ve all supported me from day one, and inspired me to follow my dreams. I’ve made some of my best friends through Young Company, and watching them grow as artists and as people has been extremely rewarding,” she said.

The teens leave the drama on the stage. The camaraderie among the group is strong and no matter how the stars align after the show closes, they’ll always be a part of one another’s bigger constellation.

“My dream is to keep performing for as long as it grants me joy and fulfillment, and I truly feel Young Company has prepared me for whatever the future holds,” Scheuer said.