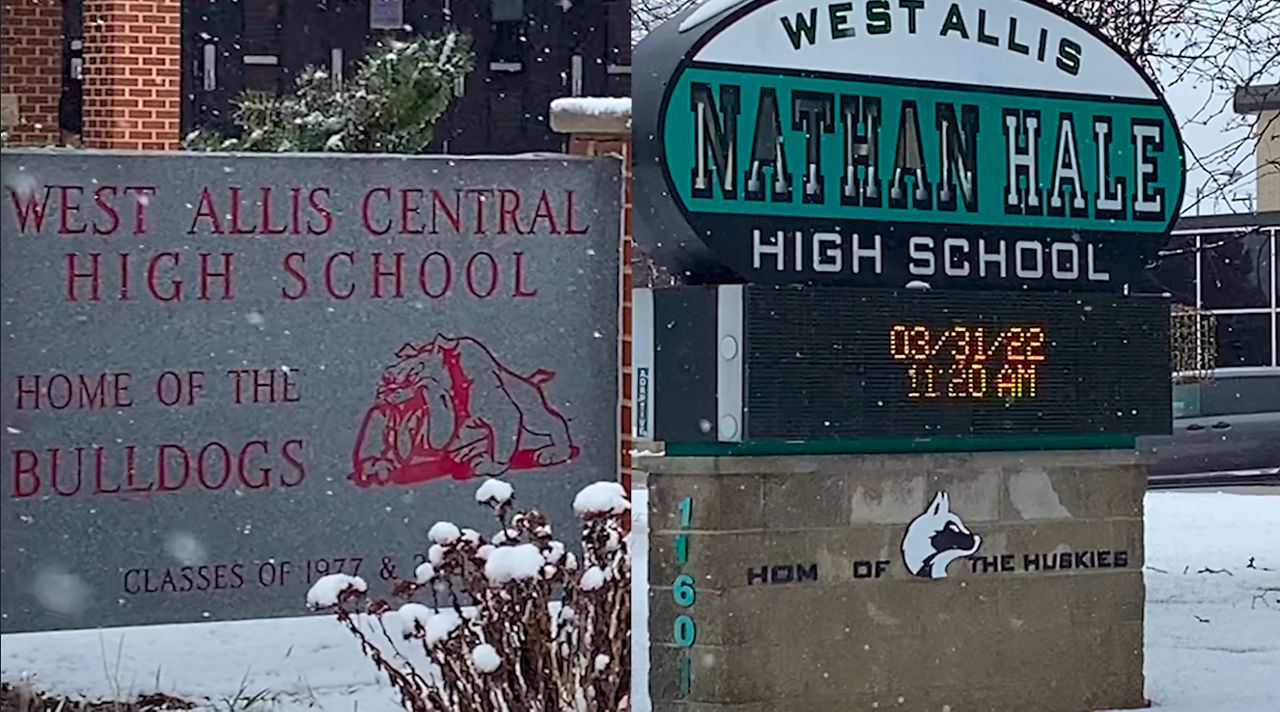 WEST ALLIS, Wis.— Steve Eichman, the manager of facilities for the West Allis West Milwaukee School District, has seen the struggles when it comes to repairs between the two high school buildings in the district — Central and Nathan Hale.


“They’re old, and the infrastructure is starting to wear out,” Eichman said.

It’s noticeable in different areas of both buildings. He showed Spectrum News 1’s Andrew Havranek around Central High School on Thursday, highlighting issues in the cafeteria, the auto shop area, and the kitchen lab, where students take culinary classes.

“We have people who come in who say, ‘I went to school here and it looks the same now as when I was in school. In fact, I think that it’s some of the same equipment that was her when I went to school,’” Eichman said.

Instead of getting a lot of new equipment for both separate schools, the district wants to close both schools and combine them into one school by renovating the inside of Hale, and building an extension on the property.

That’s where the nearly $150 million in bond funding the district is asking voters to approve on April 5 would come in.

Eichman said it’s actually cheaper to do that — and is more beneficial to students — than to do capital improvement projects at the schools.

The district estimates those projects would cost $248 million.

“Even if we had $248 million to do that, all that’s doing is updating the electrical, the plumbing, the HVAC,” Eichman said. “It’s not doing anything to enhance the programmatic value the students get.”

So, if it passes, how much would that cost the taxpayer?

It’s estimated the increase per year would be $119 per every $100,000 in assessed property value.

Despite some in the district having “vote no” signs in their yard, many declined to speak with Spectrum News on camera, but said they don’t think the school needs the increased tax revenue.

There’s also a website for the opposition campaign breaking down their side. Spectrum News emailed that contact, but has not heard back.

Even though as a district employee he can’t say to vote for or against, Eichman said the school, the students, and community at large would see great benefits.

“And that’s what we’re really here for, is what can we do every day to make a better experience for our students and have them better prepared for after they leave our schools,” Eichman said.

If the referendum passes, the project is expected to be completed for the 2026-27 school year.

The new school will also have a new name, but that name has not yet been determined.

The school is holding an in-person information session at 10:00 a.m. Saturday at the West Milwaukee Intermediate School library.