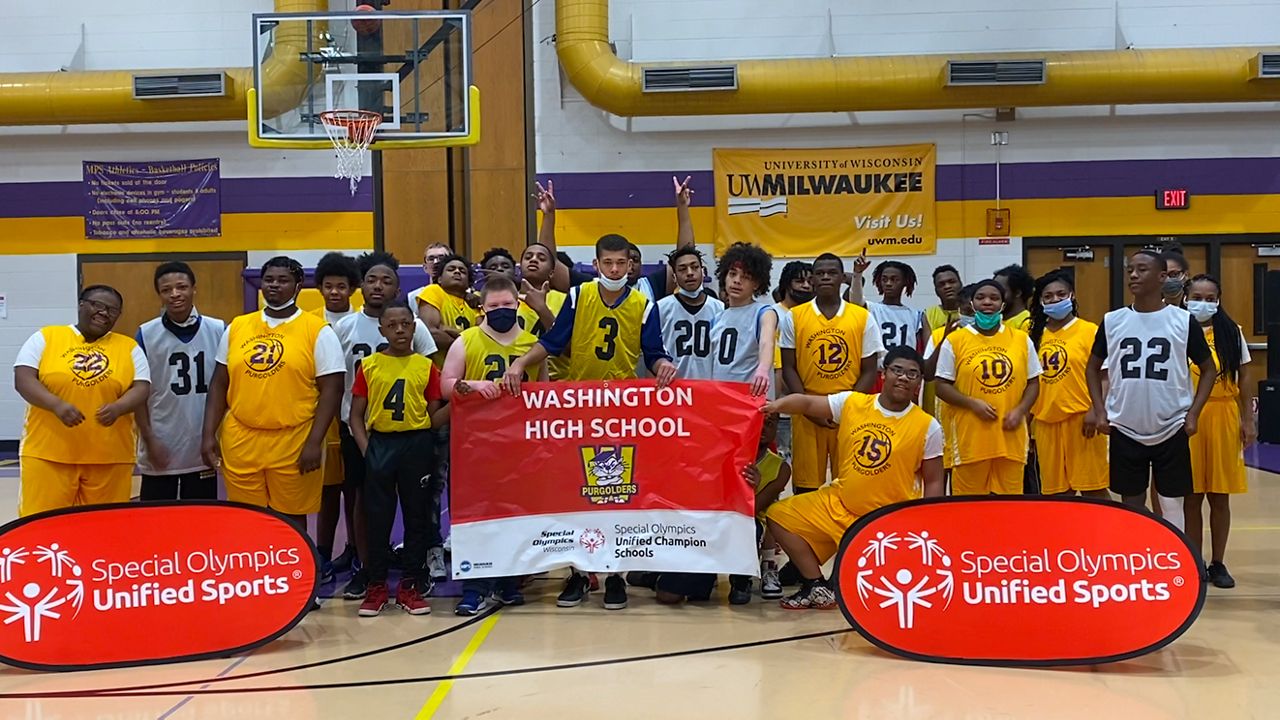 MILWAUKEE — Victory Robinson is a junior at Washington High School in Milwaukee.

He’s been playing basketball for a few years since he was a freshman. He was on his school’s team in the first ever Ralph Davis Invitational Basketball Tournament.

Sure, it’s a competitive tournament, but he said it’s more than that.

He said it’s all about inclusion.

“[It’s] about friendship, building that bond together, getting to know each other, helping people with their disability, such as my disability and playing with my classmates in class and playing on the same basketball team,” Robinson said.

That inclusion is something the late Ralph Davis — who the tournament is named after — strived for at Washington High School.

He was the girls’ basketball coach for two state tournament appearances and also coached the school’s Special Olympics team; the team Robinson now plays for.

He has a learning disability.

“It takes me a long time, I wouldn’t say a long time, but two or three times to know it,” Robinson explained.

He and his teammates don’t let their disabilities stop them.

Each player on the team plays a critical role — especially since they made it to the championship game.

Robinson and his team fell just short of lifting the trophy. But their playing time wasn’t over.

Players from all four teams traded in their jerseys and became a unified team — playing with each other instead of against — for the last game of the day.

It was something Robinson really enjoyed and is looking forward to again next year.

“Some people dream about getting into the NBA, like some of us,” Robinson said. “We can’t go, but we still know that we still have a chance to play basketball, and special olympics is providing us with that.”

Organizers hope this tournament shows students and the community that basketball, and all sports, are for everyone.