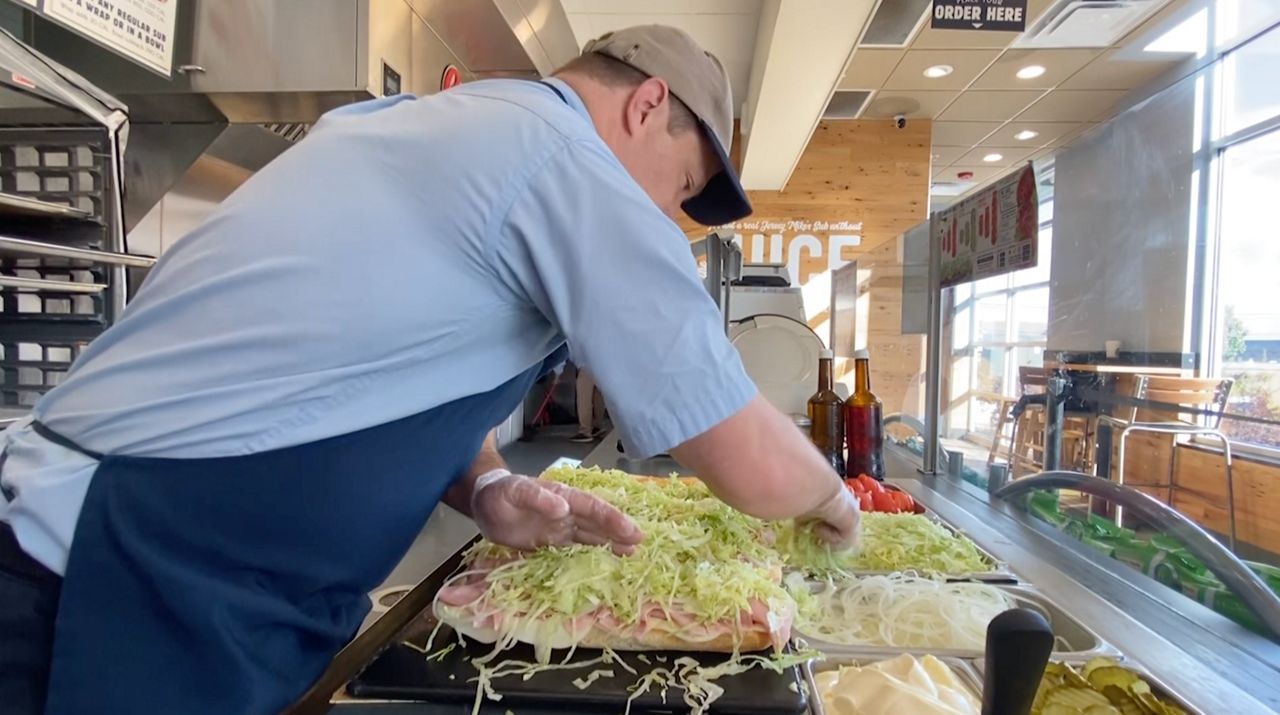 'Putting my team before anything else': Wisconsin restaurant owner working to start program to help his employees get cars

PEWAUKEE, Wis. — Before his restaurant was even open, Tim Downing, the owner of Jersey Mike’s in Pewaukee was working hard to fill a catering order.

For this specific order, he was working on a customer favorite.

“A ham and cheese, our number three,” Downing said. "Also known as the American Classic.”

He was working to fill the order early because the restaurant gets a lunch rush nearly as soon as the doors open.

“Every store is a little bit different. The store we’re at today in Pewaukee is usually pretty busy from about 11 to 2 p.m.,” Downing said.

He’s not new to the food service industry, and said he’s seen it all.

“I’ve been with Jersey Mike’s for 11 years now. I’ve been a franchisee for the past five years,” Downing said.

He owns four restaurants, so that mean’s he’s in charge of a lot of employees, nearly 40 to 50 total.

Recently, he’s noticed something that didn’t used to be a problem.

“A lot of people are just having issues with reliable transportation to and from work,” Downing said.

In fact, he’s helped some of his employees by paying for an Uber or Lyft, just so they didn’t miss their shifts.

“It kind of adds up pretty quickly when you’re spending $40, $50 one way to and from work,” Downing said.

That’s when he said one of his employees came up with an idea.

Instead of paying for a ride, why not help them get a car?

So, he posted in some Facebook groups asking if anyone was looking to sell an older car that he could buy for his employees.

He wants two cars, at least for now.

But, he wants to make this something bigger.

He wants to develop this into a program that he can continue for those of his employees who need that extra help.

“I want to make sure that I have some baseline parameters,” Downing said. "How long have you been with me? Do you have great attendance? Are you making a positive impact on the company.”

He said there is a lot that goes into developing a program like that, and some of his colleagues have warned him about "being in over his head."

“For me, it’s always been about people first,” Downing said. "It’s been about doing what’s right— putting my team really before everything else.”

And as a restaurant boss who has seen high turnover rates, Downing believes treating people right can keep good employees working at his restaurants.