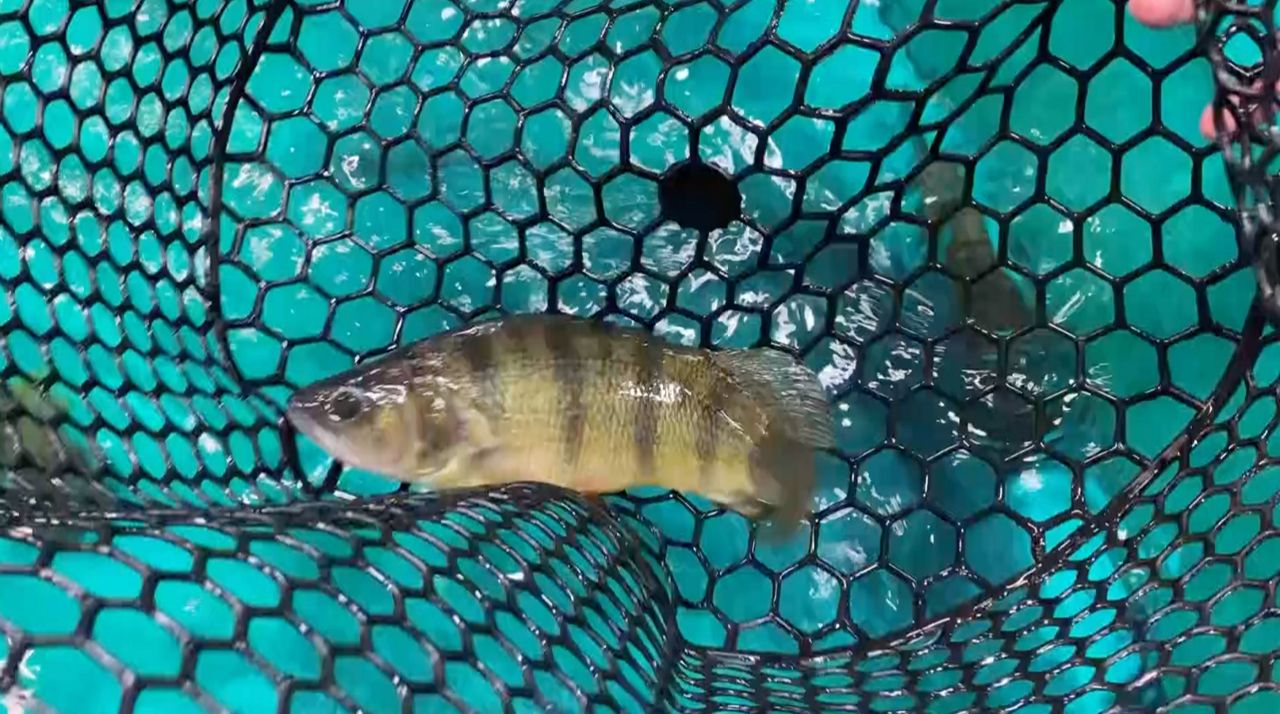 MILWAUKEE — Mike Seikert went to Delavan Lake at dawn to take advantage of some warm early October weather in Wisconsin.

“I try and get out a least a few times a year,” said Siekert.

Like many anglers, Siekert first started fishing with his dad when he was a kid.

“He would take me and my brother,” Siekert said. "And, if we were on vacation, there was usually fishing involved."

During his morning outing, he and his friend Jim, said they had no goal in mind.

They were simply hoping to catch a variety of fish like perch, crappie, and bluegill.

Some of those fish, however, may be harder to catch.

The Wisconsin Department of Natural Resources (WDNR) said "cool-water" fish, like walleye and perch, are getting harder to find in Wisconsin waters.

They are being overtaken by "warm water" fish like crappie, bluegill, and largemouth bass, due to climate change.

“Under a changing climate, those species have an advantage under those conditions, whereas it might be more challenging for our cool-water species like walleye,” said Greg Sass with the WDNR.

The WDNR is studying multiple techniques to try to help walleye and other cool-water fish succeed.

One of those techniques is to remove fish that have started to dominate lakes in the state, and stock those lakes with fish like walleye.

“And now we’re monitoring to see if walleye recruitment improves for that,” Sass said.

Osvaldo Jhonatan Sepulveda Villet, a professor at UW-Milwaukee in the School of Freshwater Sciences, said that temperature change is significant.

“That rate of change really disrupts what used to be a really stable environment and disrupts the biological activity of the fish,” said Sepulveda Villet.

He added that the increase in temperature has allowed invasive species, like zebra mussels, to thrive.

That makes it harder for native fish.

“Everybody has stories of their childhood, how many they used to get. Maybe 30 to 60 in a single fishing day,” Sepulveda Villet said. "The reality is in the Great Lakes region, there’s no forage space. There’s no food for the baby fish to survive on, which would eventually become the adult fish that somebody would catch.”

With fewer fish being caught, especially commercially, there are fewer fish for people to eat.

That’s why Sepulveda Villet and his team at UW-Milwaukee are growing yellow perch to keep those numbers up.

They’re raising fish in massive tanks, which allow for better conditions for the fish eggs to survive.

“Each female will produce up to 50,000 eggs. In the wild, maybe 1% of all those eggs will become adults, or even less,” Sepulveda Villet said.

Siekert said he doesn’t fish enough to notice the population changes in the water, as a more avid angler would.

But, he hopes these ideas by the WDNR, universities and conservationists in the state, will help the nearly 150 different species of fish in Wisconsin to succeed and safeguard a Wisconsin tradition for years to come.

“I don’t want to go fishing and not have a chance of catching something,” Siekert said. "At least they’re trying to make it that you can go and catch something if you go out.”