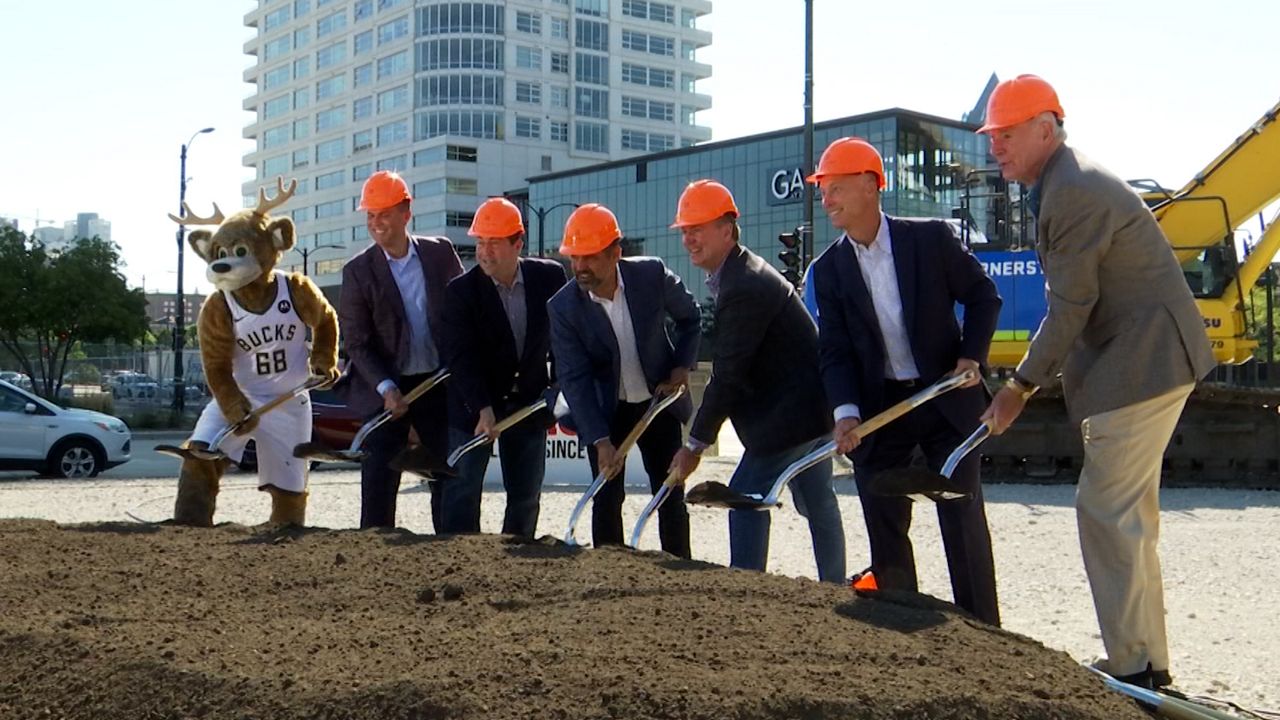 MILWAUKEE — The Bucks began the next phase of Deer District expansion Friday at a familiar site for the fan base. Just across the street from Fiserv Forum, where the Bucks ended their parade route, the world champs promised a world class hotel.

On the gravel lot just north of the arena, members of the Bucks’ front office joined developers to break ground on “The Trade,” a luxury hotel set to open in early 2023.

The nine-story hotel will feature 207 rooms, plus restaurants on the first floor and rooftop. Formal planning began in 2019, but the pandemic put a freeze on hospitality developments across the world. The Trade is the first new project in the Deer District since the pandemic began, and the Bucks have more in the works.

“We’re actively working on commercial and residential and additional retail,” Bucks senior vice president Michael Belot said. “You’re going to see consistent announcements and movement here in what we like to think is really Wisconsin’s most popular place to hang out.”

Friday’s groundbreaking ushers in the next phase for the Deer District. Thousands of fans, including Milwaukee Mayor Tom Barrett, will always associate The Trade’s location with the NBA Finals Game 6 watch party or championship parade.

“The only reservation — and it’s a tiny reservation — is it was so great to see all those people standing here during the game,” Barrett said Friday. “We’ll find another place for them to stand.”

The Bucks’ title defense is about to begin, so is construction on the site of the two biggest parties in franchise history.