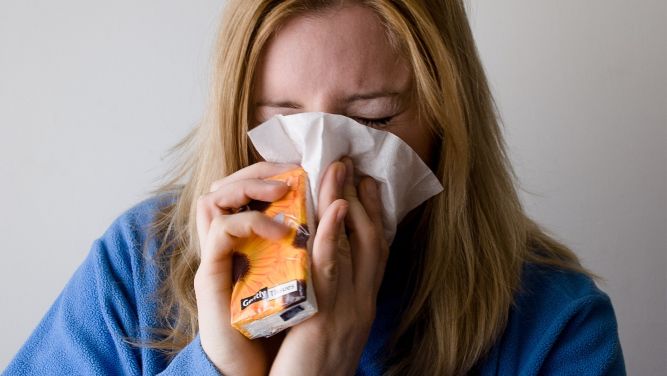 Flu likely to make a comeback in Wisconsin this fall, winter

MADISON, Wis. — The flu will likely make a return this year, after a near-total hiatus in the 2020 flu season.

Of course, SARS CoV-2 is the major threat statewide, nationwide, and globally. But the country basically had a year off from flu outbreaks. That may change this year.

“Last year, we saw very little influenza activity,” said Dr. Nasia Safdar, an infectious diseases specialist and researcher at UW Health. “I mean, hardly any. It was a bit of a surprise.”

“In some respects, [the drop in the flu] is not entirely unexpected,” Safdar said. “Schools were largely remote, and just the opportunity for the virus to spread wasn't there as much.”

Graphs from the Wisconsin Department of Health Services show in the 2019-20 flu season, more than 4,000 Wisconsinites were hospitalized for flu-related reasons. The graph’s key includes a symbol and color for the 2020-21 flu season: but there’s no bar. That’s because the spread of the flu was so low, it’s not even visible on the graph.

Since Oct. 1, 2020, only 97 Wisconsinites have tested positive for the flu. In total, 20 of them have been hospitalized.

Meanwhile, more than 36,000 Wisconsinites have been hospitalized for COVID-19. Right now, more than 1,000 people are in Wisconsin hospital beds. That’s the highest number in almost nine months.

However, the flu will likely make a comeback this fall and winter.

“I think now what we're likely going to see is that influenza will be back because people have returned to mostly normal activities, schools are back in session in person,” Safdar said. “There's going to be some respiratory viruses circulating, no doubt.”

Schools are always a key place for bugs to spread. Safdar said the flu spread this year will vary in schools, depending on whether all kids are wearing masks.

“Masking we know is an effective way [to prevent the flu],” she said. “It’s been in the CDC recommendations for decades about how to prevent influenza transmission, way before we had any of the SARS viruses. But it's just that, you know, it was never enforced, we never really were excited about doing it.”

Many hospitals are already swamped. The last thing health care workers want is a twindemic, with the flu to get out of control this fall and winter.

Still, Safdar said our best bet to avoid a twindemic is for everyone to get the flu shot.

Experts recommend everyone over six months old get a flu shot. Data from the Wisconsin Department of Health Services shows in the 2019-20 flu season, 42% of the state got the flu shot. Already, 44% have gotten it, and Safdar hopes that number keeps rising.