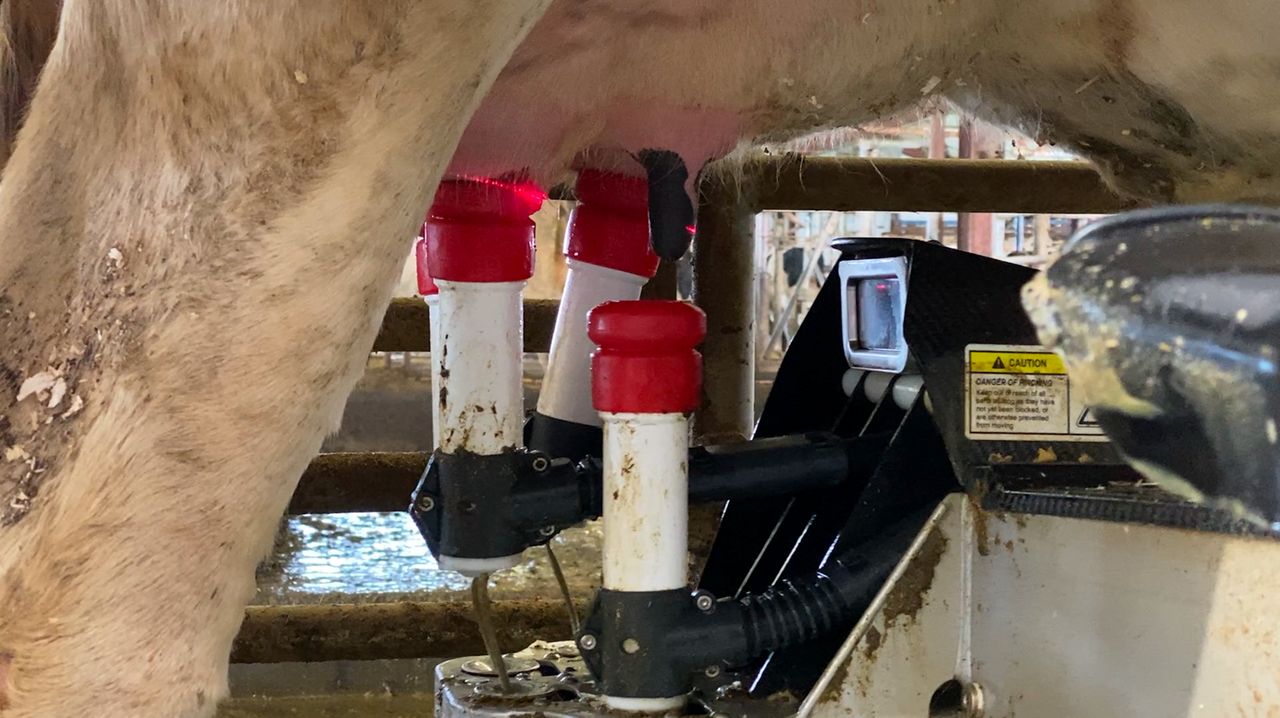 PLATTEVILLE, Wis.  –– The dairy industry’s move to robots may have been accelerated by the pandemic.

That’s according to UW-Platteville agriculture professor Tera Montgomery said. She has spent a lot of time at the university’s Pioneer Farm. It’s a fully functioning farm educators and students use to research the systems, methods, and technology of the agricultural industry.

New to the farm are Lely robotic milkers.

“There’s a laser in that big box down there,” she said pointing to the unit. “It maps her teats, and then it figured out how to put the unit on.”

Montgomery said the machines are special because they do more than milk. They measure several things that tell farmers the quality of the milk, and the health of the cow. She said the machines measure the milk’s somatic cell count, protein, and fat among other things.

The date allows her to design better feeding practices and nutrition for the cows which has had a major impact on production at the farm. That is why she said she believes the robots have the potential to change the face of the industry.

“The production of the cows has gone up because we’re able to get the cows to be milked more frequently without labor,” she said. “The only labor that goes into it is the cows themselves getting to the machine.”

Finding labor was problem for many Wisconsin farmers according to Montgomery. The shortage resulted in more farmers investing in machines to help with work. Data from the U.S Department of Agriculture’s National Agricultural Statistics Services shows farmers spent more money in 2020 than in 2019. Machines and tractors were a significant portion of that spending - up 35% from 2019.

“Labor is an issue across all industries, not just agriculture and the dairy industry,” Montgomery said. The technology costs has come down to a point where most farmers are going to be able to really look at this and say it’s worth the investment.”

Montgomery said a more robotic dairy industry is an inevitability. She said she’s excited to see what the future brings.​