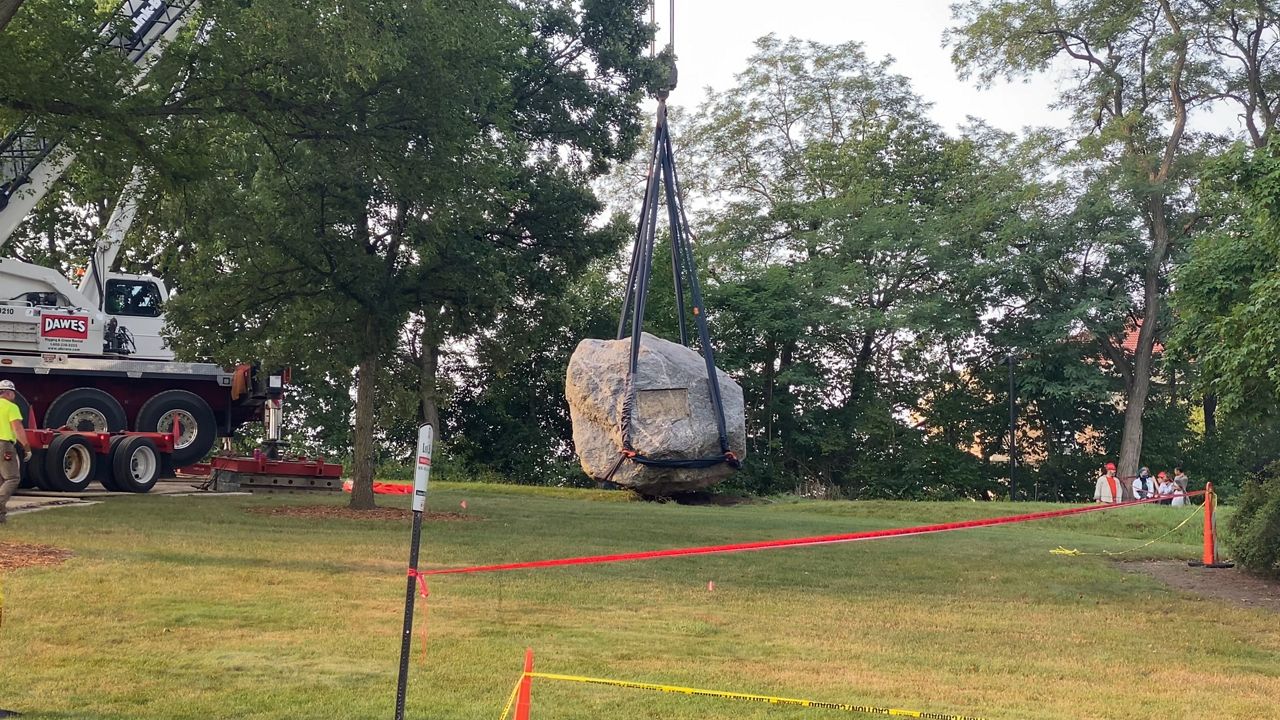 MADISON, Wis. — A giant rock on the UW-Madison campus has been moved.

Chamberlin Rock is huge. It’s sat on the UW-Madison campus on Observatory Hill for more than 100 years.

“The rock here is actually a rare large example of precambrian area, glacial erratic,” said Gary Brown, the UW-Madison director of campus planning and landscape architecture. “So this is an important piece for us from a geologic and a glacial standpoint.”

The boulder is estimated to be about 2 billion years old. Before Friday, no one really knew how much it weighed. The average guess put it somewhere between 35 and 72 tons. Which is pretty spot on since it came in at 42.

In the early 1900s, it was referred to using an offensive racial slur in the newspaper. It’s not clear if it was a common term on campus at the time.

The Black Student Union said it reminds some students of past racism at the university, like when the Ku Klux Klan was on campus.

“In June of 2020, leaders of the Wisconsin Black Student Union in partnership with Wunk Sheek, our Native American student group, led an effort to remove the rock testifying to the harm of its presence, which it had caused to our black members on campus and our community, both in the past and in the future,” said Brown.

After a process of recommendations, Chancellor Rebecca Blank approved removing it from its home on Observatory Hill. Her approval was necessary because it’s within 15 feet of a Native American burial site.

“Removing the rock as a monument in a prominent location prevents further harm to our community, while preserving the rocks educational research value for our current and future school students,” Brown said.

Friday morning, a crew started the process using harnesses around the boulder to lift it with a large crane. They began just before 7 a.m., and finished up after 11 that morning.

The rock will be moved to UW-Madison property on Lake Kegonsa, where university geologists and researchers can still have access to it.