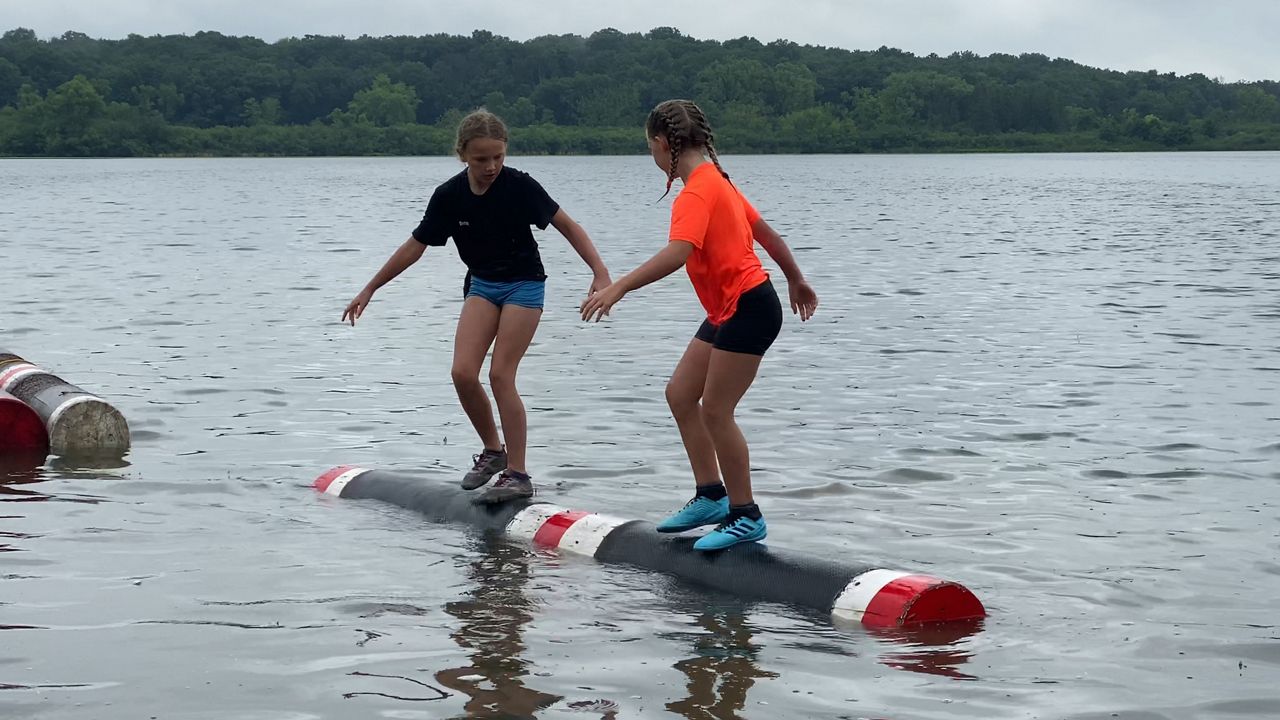 MADISON, Wis.— Kids and adults competed in the return of the Midwest Log Rolling Championships, after a hiatus in 2020.

A crowd was gathered around Lake Wingra, despite the fact that it was raining on Saturday in Madison. Some people thought ahead, and had tents set up.

They were there to watch the Midwest Log Rolling Championships. It’s been two years since the last one, because 2020’s event was canceled.

If any of the athletes cared about the rain, they didn’t show it. Multiple times people said, “We’re gonna get wet anyway!”

One by one, matches began between two athletes at a time, both adults and kids. They got pushed out onto the water holding onto a long stick for balance, until it was time to let go.

It’s a blast to watch. Some matches seemed over immediately, while others didn’t end until the timer went off.

There are people of different shapes and sizes competing together. Verstegen said she loves that about log rolling. There was even a little boy with plastic on his arm, with what appeared to be a cast underneath.

All the proceeds from the event go to the Huntington’s Disease Society of America.

“It’s a pretty nasty neurological terminal brain disorder. My mother passed away from it in 2013,” Verstegen said. “And I've dedicated my life to raising money to help families in Wisconsin, and for research toward a cure.”

Even if their roll ends early, it’s just great to be back.

“It’s so cool to see all our friends and lumberjack family,” Verstegen said. “Even though it's a wet, rainy day, everybody's just so excited to be competing again.”