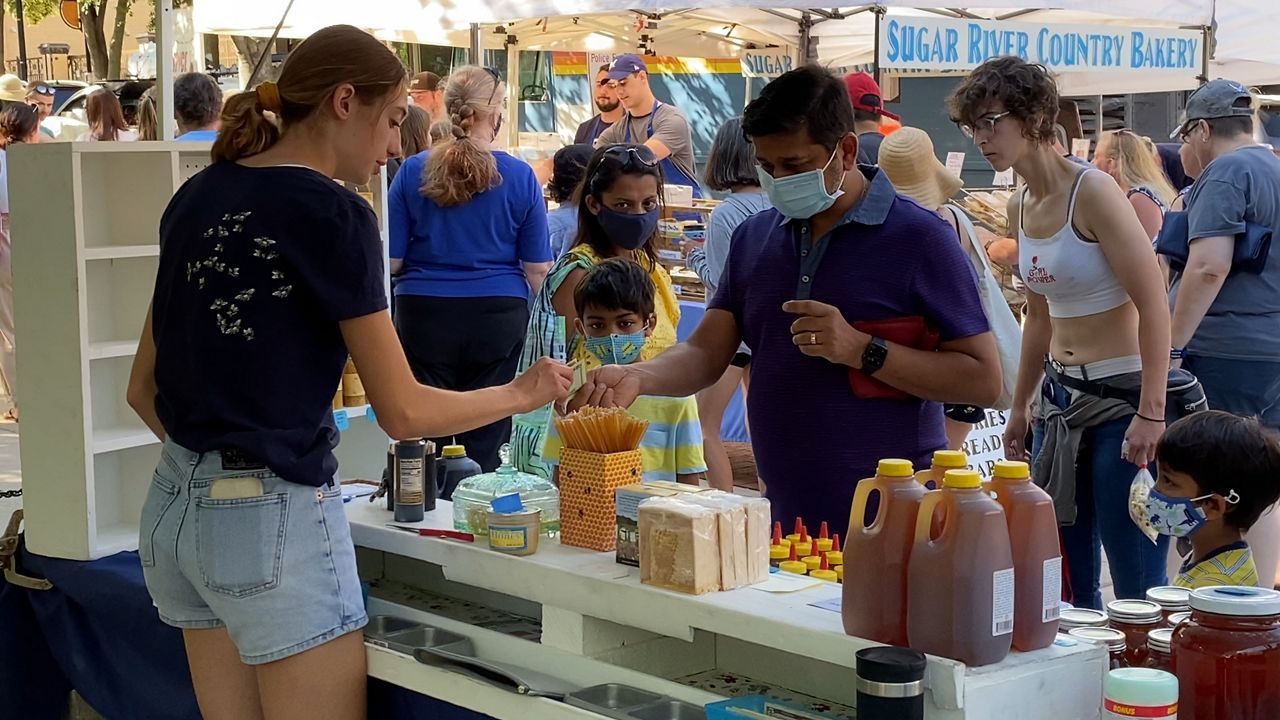 MADISON, Wis.— A beloved Wisconsin tradition is back at its rightful home.

The Dane County Farmers’ Market is the biggest producers-only farmers’ market in the country. Saturday mornings are often picturesque on the Capitol Square.

But not for the last year and a half. The market has been headquartered at the Alliant Energy Center because of the pandemic. Until now.

Saturday, June 19 was the first day back on the square. There was a sense of joy in the air to have the weekly event back where it belongs. It was obviously missed; the place was packed.

Eugene Woller has been a beekeeper for 50 years.

“I came down to the university and was taking courses… They had this beekeeping course. And a friend of mine and I took the course, because we thought, 'How hard can that be?”'

He fell in love.

“The second week into the course, I turned around and told him I want to do this  the rest of my life.” When asked what he loves about his job, without skipping a beat, he said, “Everything.”

He’s been selling his Gentle Breeze Honey at the market since 1973.

“The market started in ’72, I believe. We were there for the first couple [markets],” he said. “But you could take a bowling ball and throw it down the street here and never hit anybody.”

This Saturday morning, it looks very different from those inaugural markets.

It was packed. There were so many people on the sidewalk, the only way to shop was to walk in one big, slow-moving mass.

“We’ve been looking forward to this for a while,” said Jamie Bugel, co-manager of the Dane County Farmers’ Market. “It’s really heartening. It’s great to see everyone back and excited to be back.”

Woller’s grandkids are manning the booth, while he hangs out in a camping chair. He’d much rather talk to the kids who check out his bees, than the adults buying his honey.

They ask him questions, like, "How do the bees make the honey?" and "Are they mean?"

Child after child comes up and looks at the bees in his observation hive.

"Wow, I've never been so close to bees and not be scared!" one girl said.

“For some of them, this is the closest they’ve ever gotten to bees,” he said.

He was giddy, as if he was a little kid himself.

“The most fun is to watch the reaction between parents and children at the honeybees. If the parents shy away, the kids shy away. If their parents say 'Hey, come look at this,' the kids are in," he explained.

All morning, people were talking about how being back on the square makes life feel a little closer to normal.

The Dane County Farmers’ Markets' big show every week is on Saturdays, on the square into November. They also have Wednesday markets.