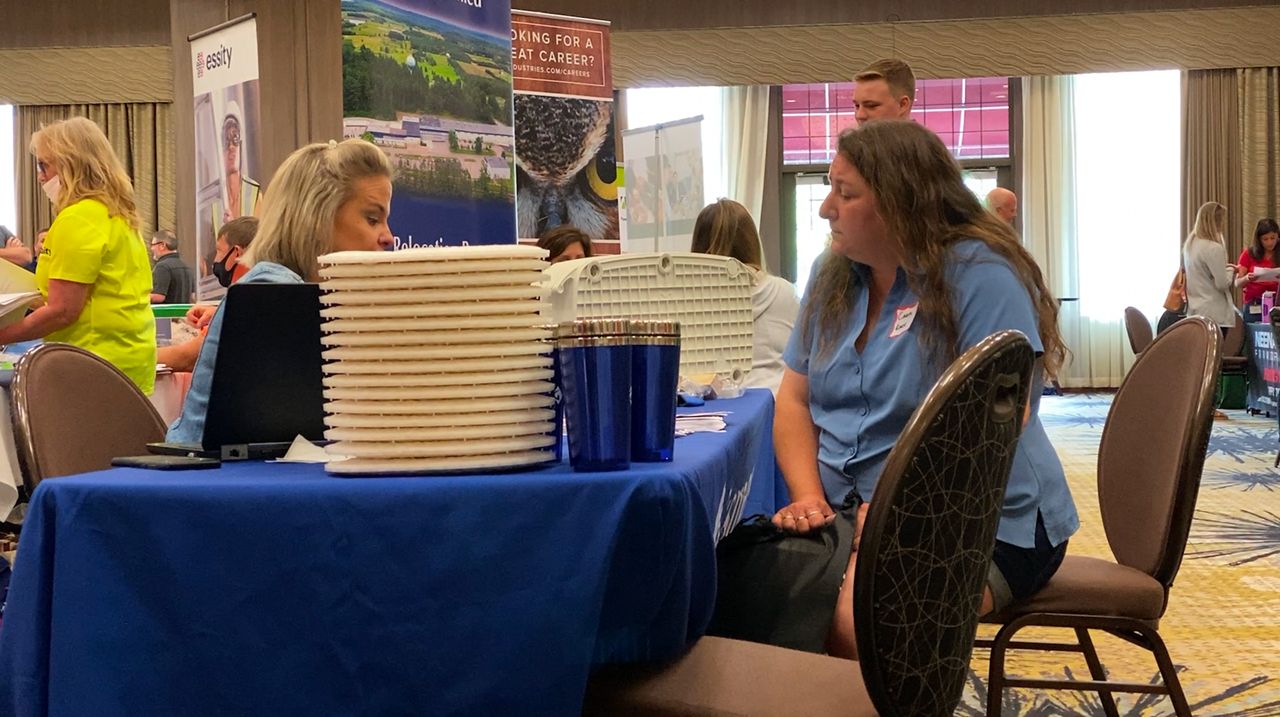 NEENAH, Wis.— Workers of a northeast Wisconsin company were invited to an exclusive job fair Tuesday in Neenah after learning they woul​d be losing their jobs.

“They’ve had a lot to think about in 14 days, but kudos to them,” said Bobbi Miller of the FVWDB. “They’re showing out in really strong numbers today.”

“Today we made three job offers, and we have another one that’s thinking about it,” said the company’s HR assistant, Alma Lopez.

On site was the DWD’s Mobile Career Lab, a massive truck full of computers and printers for job seekers to spend time preparing for interviews.

Jaymz Touchstone is with DWD and drove the truck to Neenah from Madison Tuesday. He says knowing people walked away from the job fair with new jobs is as rewarding as his job gets.

“It’s amazing,” Touchstone said. “It’s makes it driving all the miles around the state worth it.”