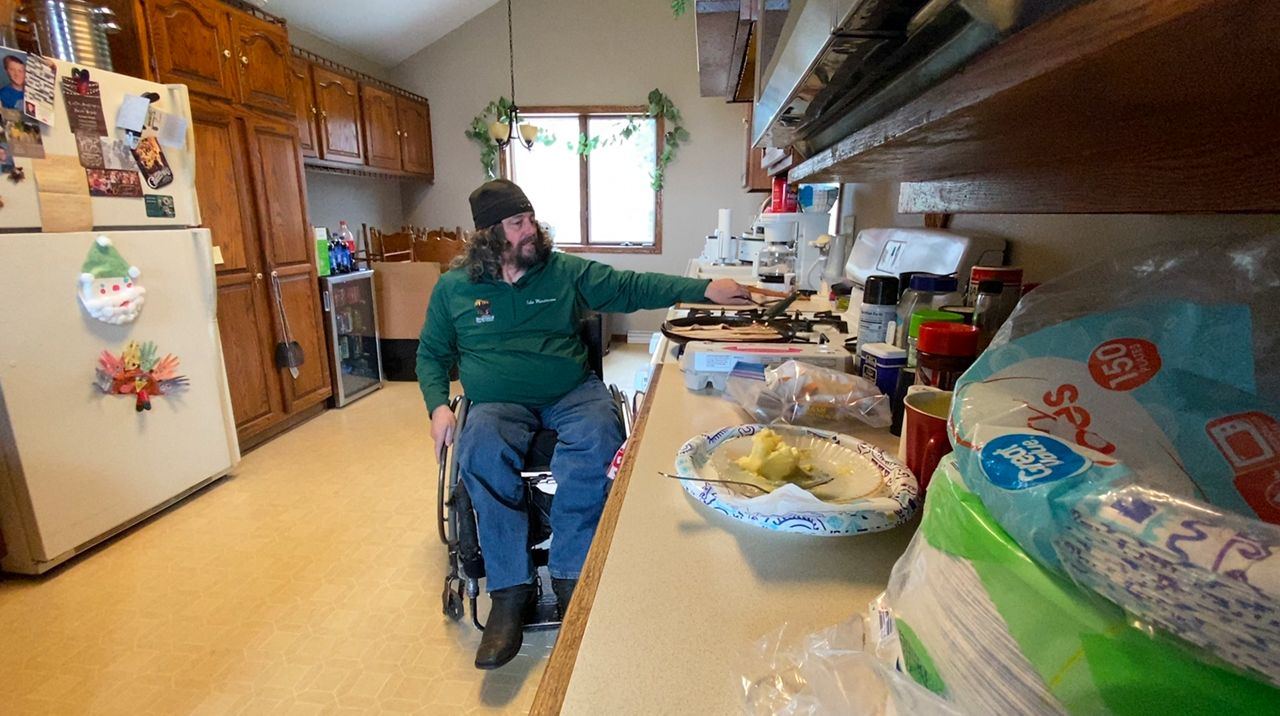 RIO, Wis. — A Columbia County man is hoping to inspire Wisconsin lawmakers to approve funding in the next budget for spinal cord injury research.

John Martinson was paralyzed from the chest down after a fall from a scaffolding in 2002. The self-proclaimed stubborn man was fishing just a month later. He’s spent the last 20 years living as independently as possible on his property in Rio, a rural community northeast of Madison.

Martinson is sharing his story, working wit lawmakers and advocates to lobby the Wisconsin State Legislature to consider a proposal that’s part of Gov. Tony Evers’ 2021-2023 budget. The proposal would allow for $3 million for spinal cord research.

“I feel that we’re on the right track as far as targeting the potential cures,” said Martinson.

He’s talking about promising results from studies in Minnesota resulting from $8 million in funding that state’s lawmakers passed.

Matthew Rodreick of Unite to Fight Paralysis worked with lawmakers to secure the funding. He’s helping guide the efforts in Wisconsin.

Rodreick’s son suffered a severe spinal cord injury. He’s been working with state legislatures across the county ever since to find funding for a cure. He says he’s found even the most divided legislatures can agree the investment is worthwhile.

“This initiative resents an opportunity, sort of an easy opportunity, for legislators to work together,” he said.

“We’ve seen in Minnesota with divided government they’ve been able to not only pass this kind of legislation but increase the funding,” Anderson says.

He’s hoping the same thing can happen in Wisconsin.​