Despite a brief pandemic-related downturn last spring, homebuilders across the state and nation are busy. That includes Chad Buntin of Buntin Construction.

He and his crew are busy working on a new home being built by Johnny B. Home Construction in Green Bay.

“We’ve been going strong. We haven’t had a day off,” Buntin said. “ It’s been pretty crazy with how much building is going on.”

New home construction has seen a steady upward trend following several lean months at the start of the pandemic.

Monthly data from the U.S. Census Bureau shows a slight dip in starts in January nationwide, but demand for building permits continues to increase.

“For . . . this time of year, I think it looks great,” Buntin said. “Four, five, years ago we’d have a couple weeks where we’d slow down a little bit, but nothing like that this year. It just looks like it’s going to keep going.”

Tina Bunker of Johnny B. Home Construction said work has been brisk across Brown County, though she points out new starts have been lagging the 50-year average for the past 15 years. 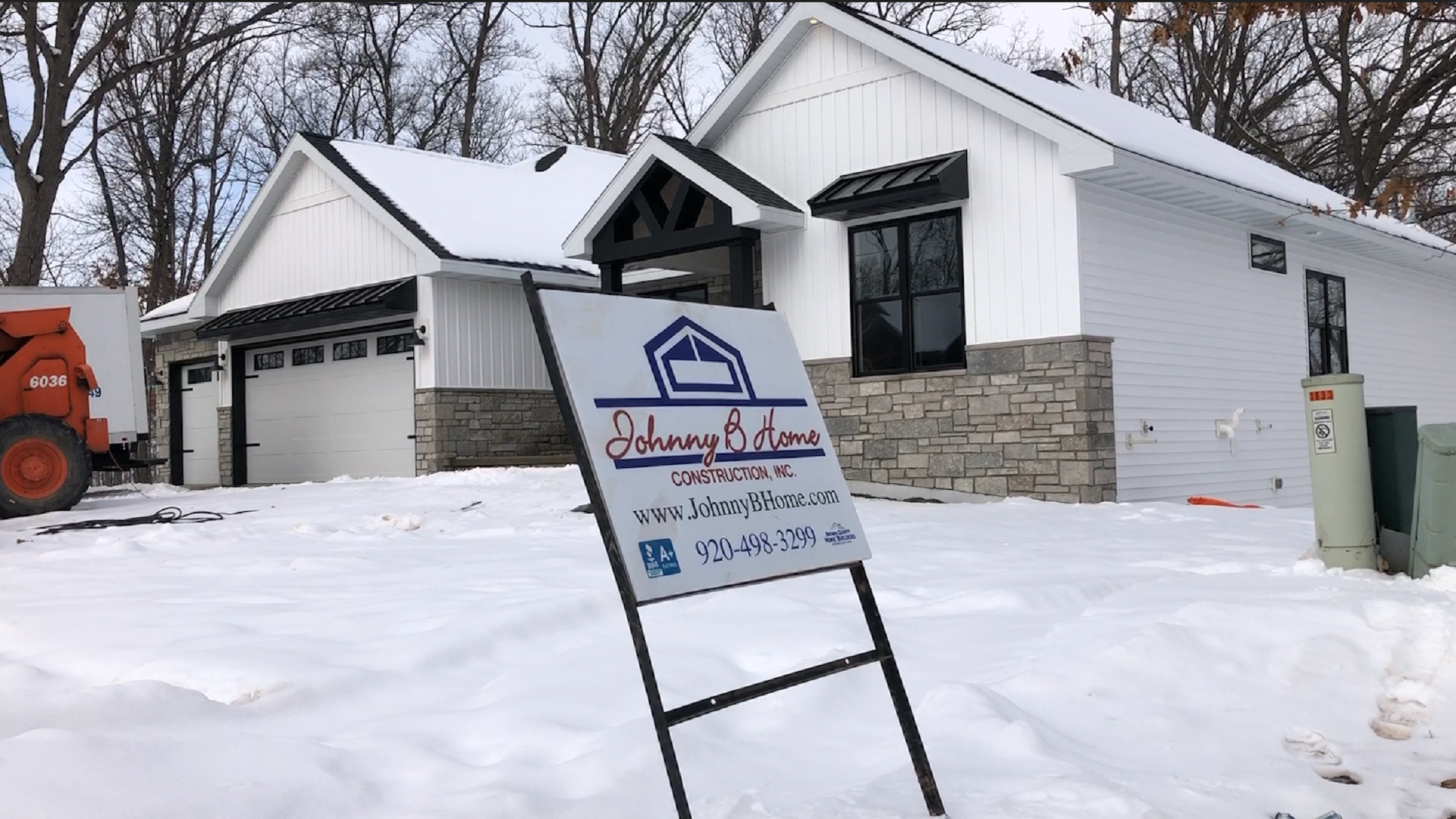 There are indications the market may remain strong for the foreseeable future, a trend helped by low-interest rates and people looking for more living space post-pandemic.

“This year looks fantastic. I think next year looks great, too. I think what happens with pricing will dictate that, too,” Bunker said. “People need housing, you need a place to live, and they’ve kind of outgrown their homes.”

Bunker said Johnny B. and other builders face several market variables: including the availability and price of materials — like windows and lumber —  and labor.

“Once interest rates come up, I think that’s when you’ll see building taper down. That, or lumber prices,” she said. “The average home — year over year — the lumber costs are up 14%. At some point, that’s not going to (be) sustainable even with the low-interest rates. ”

For now, the industry is rolling along at a nice clip and Buntin said he looks forward to building more homes.

“It feels good. You see a nice, almost-finished, product from the ground up,” he said. “It’s a cool feeling to see it progress, and it goes up pretty fast. ”