BELLEVILLE, Wis.— An eight-year-old Wisconsinite is stepping into the limelight this week, sharing her heart, and dreams, with the entire country.

Morgan Marsh-McGlone will introduce herself to the nation on Wednesday night during the televised inauguration program, "Celebrating America," hosted by Tom Hanks.

"My dream is basically just to help a lot of people since that is what I really like to do," Marsh-McGlone says.

She's one of six Americans who will be spotlighted in the special. She's already pre-recorded her segment for the virtual event. They're all being recognized for stepping up in their communities during a crisis. The Presidential inaugural committee is deeming her a "hero."

And she put in a lot of work to earn that title.

About a year ago, when Marsh-McGlone was just seven-years-old, she wanted to start a lemonade stand to raise money to help the kangaroos suffering from the Australian wildfires.

Her mom suggested she wait until April for one seemingly simple reason: It's just too cold to have a lemonade stand in the winter in Wisconsin.

But by the time spring came, the pandemic had already hit the Badger State and her fundraiser needed to be delayed yet again. That didn't deter the elementary schooler from finding a way to help people. And now she knew she didn't have to look further than her own backyard to lend a helping hand.

Marsh-McGlone, like most Wisconsin kids, attended school virtually. She quickly realized this meant many of her classmates wouldn't have easy access to food. She turned her attention to the non-profit Little John's.

Little John's mission is to be "the community's kitchen for transforming food excess into accessible, chef-quality meals for all regardless of their means." So, how does that translate?

Little John's receives excess food from grocery stores, which their chef's then turn into restaurant style meals. Those chefs are veterans in training to be culinary masters.

Then, those meals are served up to people in need who are only asked to pay what they can.

Marsh-McGlone knew that this was how she could make a difference so she opened up a virtual lemonade stand. 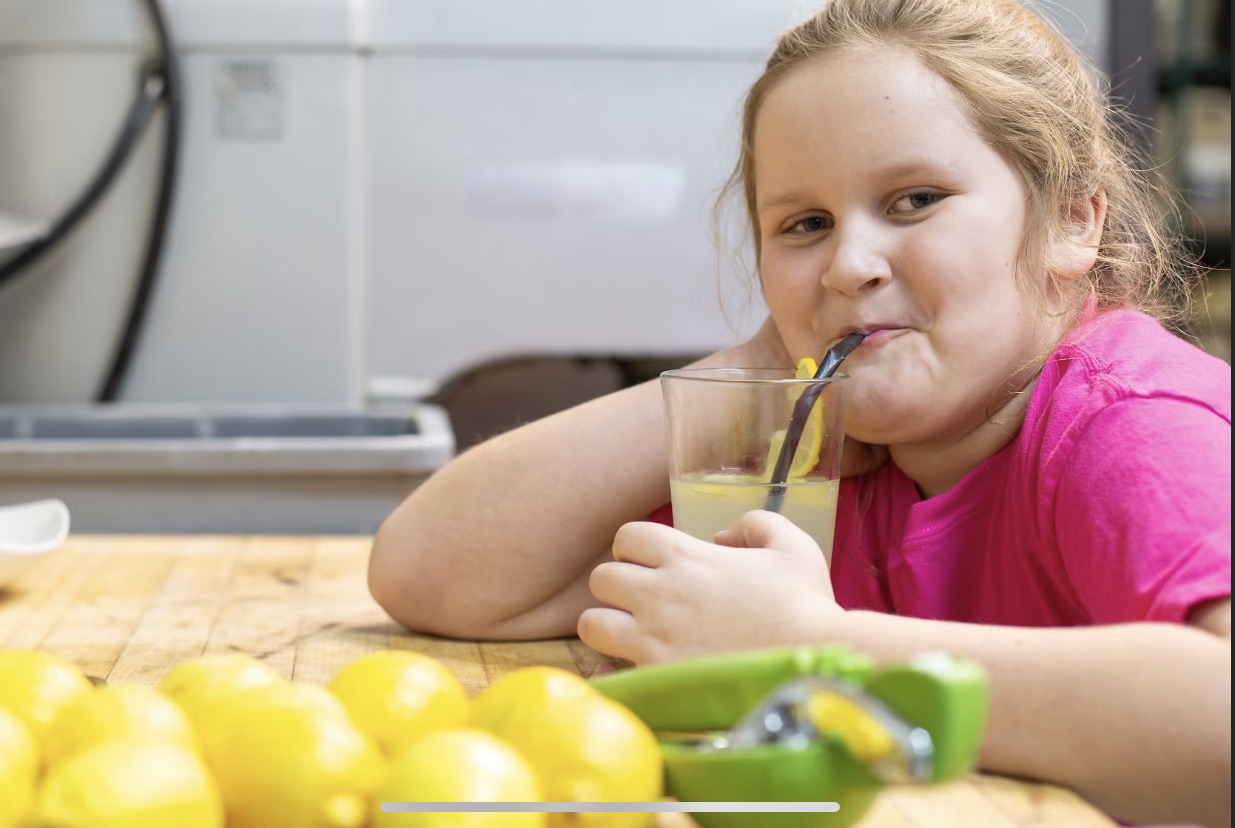 She set up her virtual lemonade stand with a promise to her customers: Once the pandemic ends, they can come to her physical lemonade stand in real life and enjoy a refreshing cup of lemony goodness. She emails anyone who makes a donation a coupon to redeem when that time comes.

Her original goal was to raise $90 for Little John's.

The first donation totaled in at $100.

She wanted to up the stakes and make an even bigger impact.

Her new goal was to raise $800. If she could do that, she promised donors there would be chocolate chip cookies available too.

Raising $2,000 her friend would play live cello music at her stand, and by raising $20,000 she would have a live band for entertainment.

"My hope is that a lot of people get good food for, you know, paying what they can, because Little John’s has a future that I think is going to be really, really good," she says.

Marsh-McGlone's virtual lemonade stand has well-exceeded everyone's expectations, even the eight-year-old herself.

She's now raised more than $50,000 for Little John's. All of those proceeds go straight to the non-profit.

And she says she's not stopping there, with plans to keep doing fundraisers for a very long time.

"When you help, you get this feeling that, even though you're not doing anything for yourself, you're still happy," she says. "You're making people's lives better."