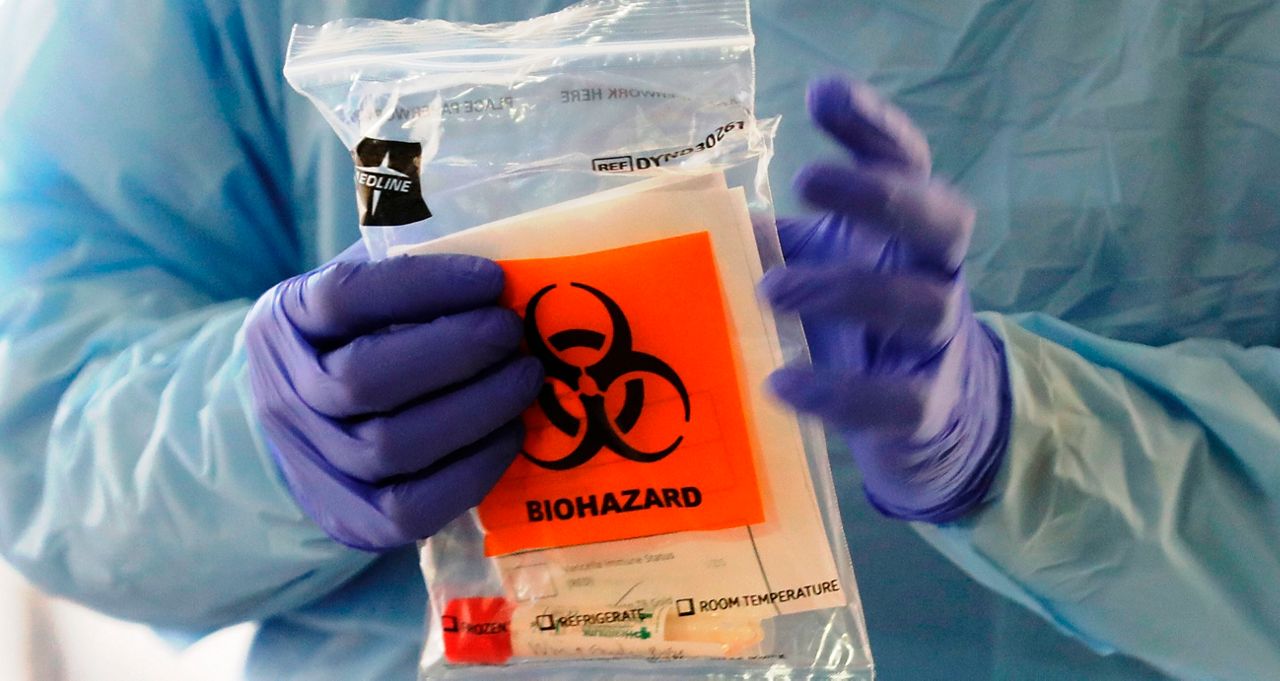 The previous high, which was reported just this Saturday, had shattered the earlier record of 6,141 cases, which was set the day before. Overall, the state has broken its own case record six times in the past two weeks.

All of this to say: COVID-19 isn’t slowing down in Wisconsin. In fact, it seems to only be picking up steam.

A troubling trend for Wisconsin is that COVID-19 cases appear to be growing at an exponential rate.

We often use the term “exponential” growth as a shorthand to just mean “very fast.” By definition, though, exponential growth means that numbers are not just growing — they’re growing at increasing rates.

Viruses, if left unchecked, do spread exponentially. That’s because when a new person is infected, they also become infectious to others, and the virus can keep spreading faster and faster from all its new hosts unless measures are taken to stop it.

Public health measures like social distancing and wearing masks attempt to slow down that exponential growth, “flattening the curve” of infections.

Even with some measures in place, though, Wisconsin’s recent surge does seem to show an exponential or nearly exponential level of growth starting in September, Alagoz says. If we look at the total number of positive cases, it isn’t just climbing in a straight line; it’s shooting up in a dramatic curve.

Of course, case numbers alone don’t tell the whole story, Alagoz points out. UW-Madison actually saw cases grow at even beyond exponential rates when students returned to campus in the fall — but these numbers were driven by an identifiable setting, and were concentrated among younger, healthier people.

What’s concerning, at this point, is that Wisconsin is seeing COVID-19 spread widely across age groups and geographic areas, making its way into urban and rural settings, Alagoz says. Hospitalizations, ICU numbers, and deaths are seeing dramatic spikes, too.

“Everything is up now,” he says. “So, it’s really clear that this is indeed exponential growth. Of course, the question is how long this is going to last for us.”

Studies — and even ancient legends — have illustrated that humans are, in general, pretty bad at thinking about exponential growth. We naturally tend to think of growth as linear, occurring at a steady rate.

But even though the difference between linear and exponential growth can seem small at first, it quickly multiplies, Alagoz says.

Of course, this is an extreme example, and Wisconsin isn’t close to doubling its cases every day. Still, understanding the basics of exponential spread is important in making sense of the pandemic.

In a study published in July, German researchers found that underestimating exponential spread can have a major impact on how people think about COVID-19 and, possibly, how well they stick to public health guidance.

“People fail to recognize that the coronavirus can grow in an exponential manner, and, instead, erroneously perceive its growth in linear terms,” the authors write. “A striking example of this is President Trump, who remained fixated on the low number of early infections in the United States and appeared not to realize how quickly this low number could spiral out of control.”

Researchers found that if participants weren’t given instructions about exponential growth, they seriously underestimated how fast coronavirus cases would grow. With a little extra instruction, though, they became much more accurate in their estimates — and also, more supportive of social distancing.

More commitment to such public health measures would have a huge impact on slowing down the spread in Wisconsin, Alagoz says, especially heading into the winter as safer outdoor settings are no longer feasible.

“If we follow these social distancing recommendations, wear masks, not have these close contacts with people … we could actually easily make this linear or sublinear, which is, it’s going to go downhill,” he says.

On Tuesday, Gov. Tony Evers issued a new executive order​ urging Wisconsinites to stay at home as much as possible.

Wisconsin’s measures have been making some impact: Alagoz says by his calculations, the R0 value — which estimates the average number of people who will be infected by one positive patient — has been around 1.3 in the past month. Without any measures, he calculates that this value would be higher than 3, although R0 estimates vary.

With the level of spread we’re seeing now, though, further changes are necessary if we want to break out of the exponential growth curve. In a study modeling the spread of COVID-19, Alagoz and his team found that around 70% of people adhering to social distancing measures would be enough to at least slow the spread from its exponential levels in a metro area like Milwaukee or Madison.

Though he’s encouraged by the promising results from vaccine trials, Alagoz recognizes that widespread immunization is still a ways away. For now, curbing the virus’s exponential growth will come down to people taking COVID-19 seriously and not “acting like the pandemic is over.”

“We can’t just rely on one policymaker or lawmaker,” he says. “That’s why it is very difficult, compared to any other medical situation we’ve seen. Because this is really requiring collaboration and cooperation from everybody.”