Protesters with the Coalition to March on the DNC make their way toward the Wisconsin Center. (Maddie Burakoff/Spectrum News 1)

MILWAUKEE (SPECTRUM NEWS) — As the Democratic National Convention wrapped up its last night on Thursday, hundreds of people gathered in Milwaukee to listen to a different set of speakers — not the presidential nominee Joe Biden or his endorsers, but a group of Wisconsin families whose loved ones had been killed by police officers.

The group came together in a rally and protest organized by the Coalition to March on the DNC, a collective of local and national activists with a series of progressive demands for Democrats. Though their platform included other issues — like climate action, labor rights, and healthcare — a call for police reform was the central, and personal, incentive for Thursday’s protest.

“Say their names,” rally leaders shouted. “Which ones,” the crowd replied.

Those names included Alvin Cole, a 17-year-old who was shot in an incident in Wauwatosa in February, and Joel Acevedo, a 25-year-old who was choked by an off-duty officer after a house party in April.

Both of these cases are still under investigation, and the officers involved — who have been suspended — have said they acted in self-defense. The cases have inspired long-running protests in Wisconsin over the summer, as a broader movement against police violence has swept the U.S. in recent months.

Cole’s mother, Tracy, renewed her call for transparency and justice as she shared the story of the night her “baby boy” died. His sister, Taleavia Cole, called for Biden and his running mate, Kamala Harris, to pay attention to the “national crisis” of police brutality.

“It hurts my heart to have [my mother] come out every day to retell the story. It is so brand-new, but it is so necessary,” Taleavia Cole said. “We thank the families once again for just showing your courage and fighting for them, because they can't fight for themselves.” 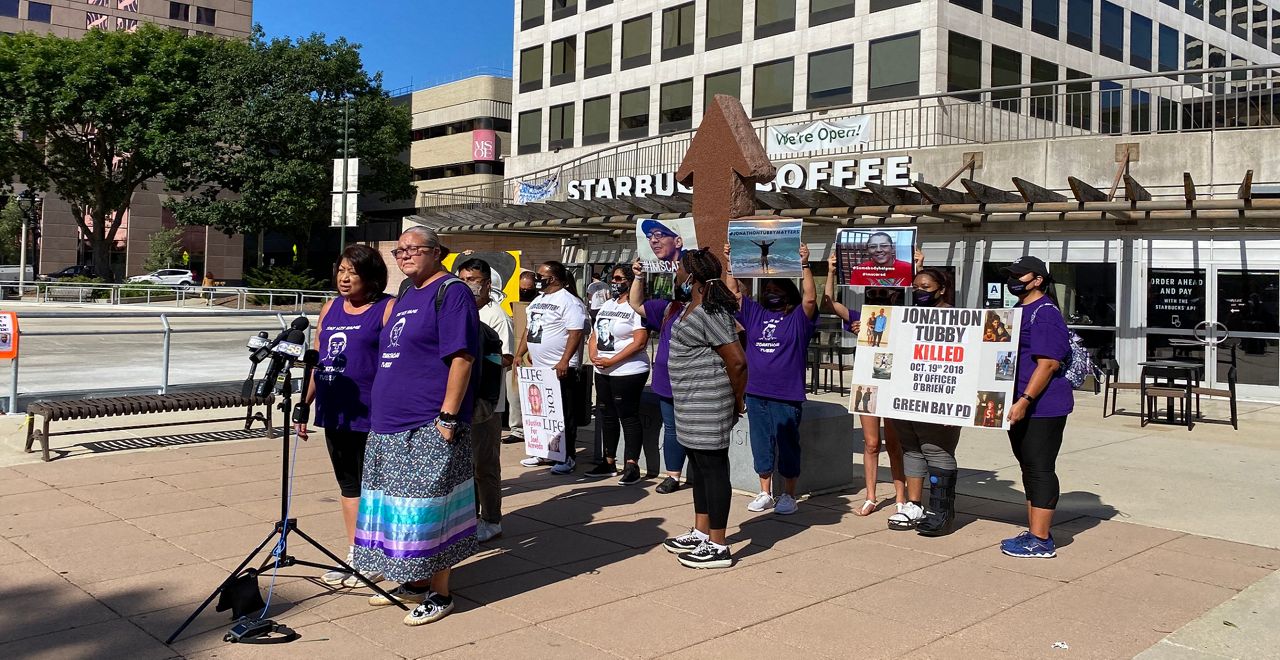 Other families shared older stories — like that of Isaiah Tucker, a 28-year-old from Oshkosh who was shot in July 2017 as he apparently tried to escape police in his car, and Jonathon Tubby, a 26-year-old from the Oneida Nation who was shot in October 2018 while police were transferring him to jail.

In both of these cases, the respective DA’s offices concluded their investigations and chose not to prosecute the officers involved, who also said they feared for their safety during these incidents. But the families said they hadn’t given up on demanding action.

“I know that there has to be justice, some way, somehow,” said Tucker’s mother, Cassandra, who came in from her home in Minnesota for the event. “These are our children. We can’t replace them.”

To get to their justice, families and organizers brought up a variety of different demands. On the individual level, some called for police departments to release footage and documents to increase transparency, and punish the officers involved in the cases. They also sought out more community control of the police through measures like a Civilian Police Accountability Council.

Speakers also raised demands that could show up on a broader level — like ending the qualified immunity measures that protect officers from some lawsuits and redirecting more funds to social work instead of police departments.

As the marchers made their way to the Wisconsin Center, they followed behind a banner with the words “We Can’t Breathe,” hoping to make their message heard by the new Democratic ticket. Both Biden and Harris have faced criticism from progressives for their past work on criminal justice issues. 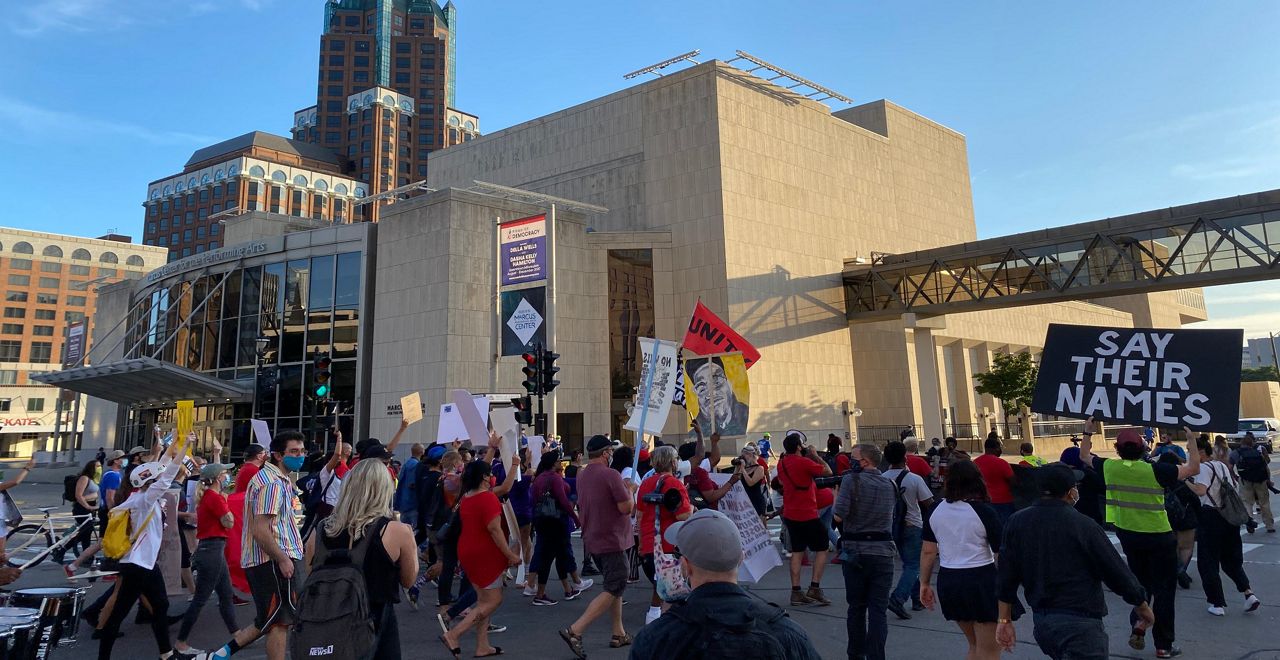 B’Ivory Lamarr, an attorney for the Acevedo family, emphasized that their demands were not anti-police, but “anti-police violence.” Even though these cases show up as local issues, he said, they are part of a national platform.

In addition to any specific action items, it’s valuable to simply keep these stories alive, says Sarah Wunderlich, one of Tubby’s aunts. Especially as indigenous people who are often overlooked as “ghosts on our own land,” she says the family always makes an effort to talk about Tubby — whom she describes as a charismatic person and someone who would give you his last $2 if you needed it.

Wunderlich says she hopes that building connections, like with the other families at the protest and within the nationwide movement, can help lead to lasting change.

“We need to work in solidarity to create a more peaceful place. Not just for us, but our children and our grandchildren,” Wunderlich says. “So that's why we do it. It’s for him, to continue that story and to acknowledge what he was to us what he meant to us. What he still means to us.”