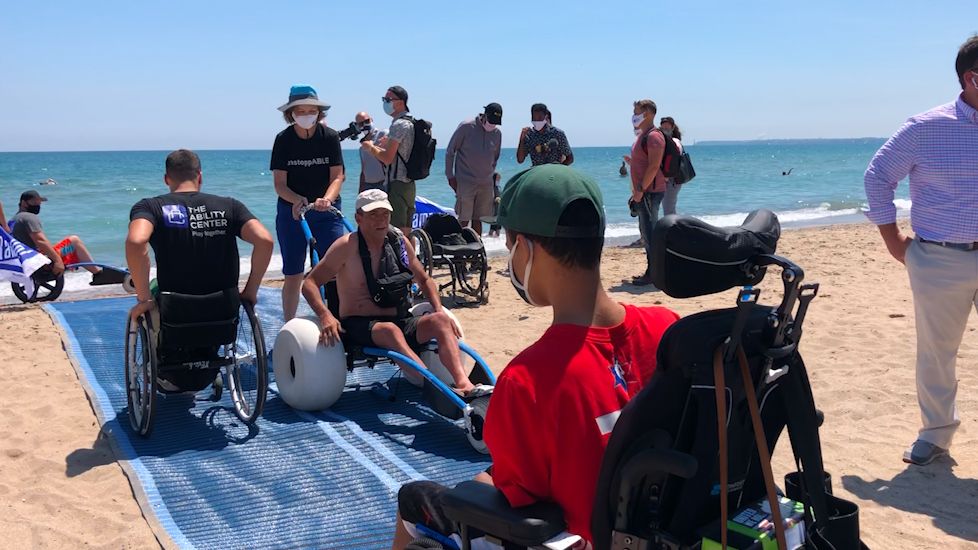 MILWAUKEE (SPECTRUM NEWS) — Milwaukee's Bradford Beach has become the first in the nation to be completely accessible.

The beach now has features such as a permanent concrete ramp that connects to a Mobi-Mat that leads to the lakeshore. Beach wheelchairs are also available to help people of all abilities to get around the beach with more ease.

“I feel tremendous [that] our goal is to make Milwaukee County the most accessible county in the country for people to live, work, and play," Milwaukee County Office for Persons with Disabilities Director, Timothy Ochikowski said.

The Ramp Up Milwaukee project was inaugurated precisely on the day the man responsible for pioneering efforts, such as the one at Bradford Beach, came full circle. Ochikowski said he suffered an accident which left him with a broken neck after diving into Lake Michigan at Bradford Beach, when he was only 17 years old.

For the last 30 years, he has been the Director of the Milwaukee County Office for Persons with Disabilities, working to help improve the life of people of all abilities in the county.

Ochikowski is helping people like John Haupt, a resident of Milwaukee, was able to go for a swim in Lake Michigan for the first time in 20 years again.

“Feels great, the water is warm, everybody should come down and jump in the lake,” Haupt said.

Haupt believes the new amenities will be used by many people who have longed to be by the Milwaukee lake shore for many years, as he did.

“Fabulous there’s going to be a lot of people coming down to use this,” Haupt said.

Especially those like Ochinowski who will have a little more time on their hands now.

“I am looking forward to accessing the beach again like I did today,” he said. 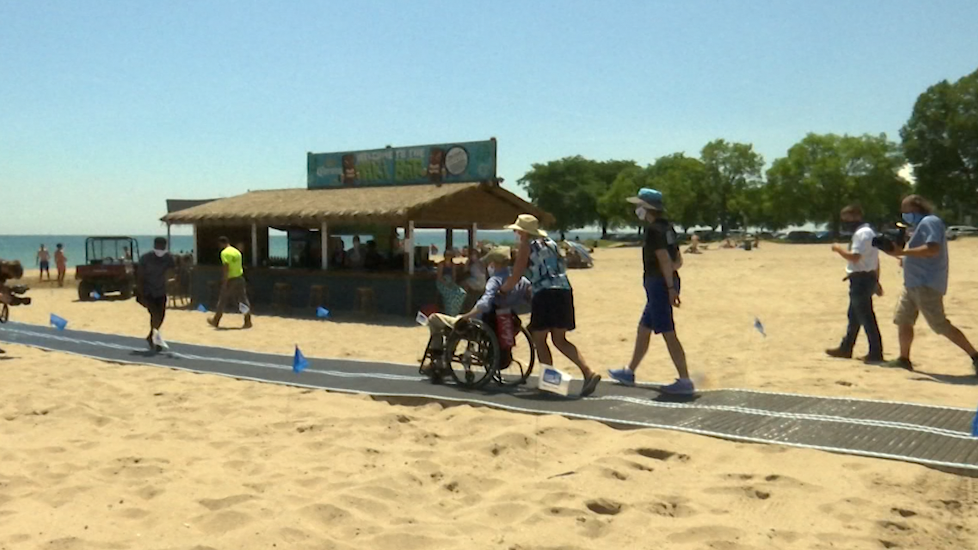 The Milwaukee County Office of Persons with Disabilities told Spectrum News the next project ahead is turning Wisconsin Avenue Park into a universal park with many accessibility features for everyone to enjoy.

The unveiling came on the same weekend as the 30th anniversary of the Americans with Disabilities Act.