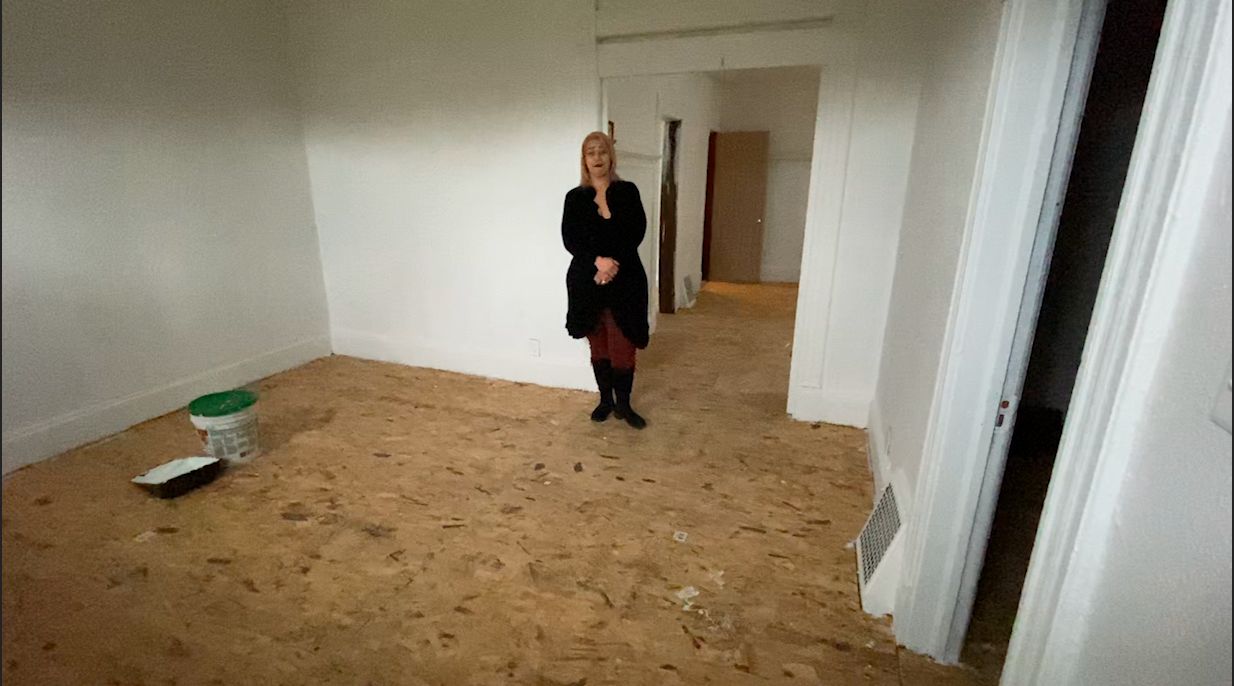 MILWAUKEE (SPECTRUM NEWS) -- A bright spot in the middle of the pandemic when it comes to home ownership.  A Wisconsin nonprofit is now helping a record number of low-income families work toward buying a home.

Sheila DeCuevas took us on a tour of her new home; she pointed out all the rooms and where her sink and fridge would go in the kitchen.  All while wearing a smile on her face.  "Me and my husband we've been dreaming about having our own space for our children," DeCuevas told us.

Right now the family of six is living in a 700 square foot rental.  "Now that we're home all day every day with the children, it's hard," DeCuevas told us.

The duplex she and her husband bought is more than 2200 square feet, but it needs a lot of work before they can move in.  "We have primed, we have put in doors.  This house is gonna be built on sweat, tears and dreams,"  DeCuevas shared.

It took this couple 10 years to get to this point.  As a low-income family they were having trouble finding a program that could help them, until they crossed paths with Acts Housing.

"We help a family regardless of how many barriers they have," President and CEO Michael Gosman told us.  The non-profit Acts Housing is the reason the DeCuevas family finally broke the barrier to home ownership.  The organization serves Milwaukee and Beloit;  since 1995 it has supported more than 2,500 families.

But it's seeing the most interest, now.  Gosman says in the month of April the program typically expects 90 families to go through orientation,  the first step in transitioning from renter to homeowner.  "By the end of the month I think we're going to see a 300% increase in attendance," Gosman estimated.

Right now the organization is helping 25 families renovate foreclosed homes, and about 12 of those families moved in during COVID-19.

"It's causing people to look inward, to think about their own families their own homes, the importance home has and to build for that better future," Gosman said.

DeCuevas is looking forward to moving in, in the next three weeks.  "Nothing good is easy, so you have to work for it," she said.  It's something she now shares with other families.  Late last year DeCuevas became an employee with Acts Housing.   She wants other to know they can do this, "having your own space and owning empowers you and takes away a little bit of the burden of poverty."

Since COVID-19 Acts Housing has moved to online orientations and virtual counseling and education.