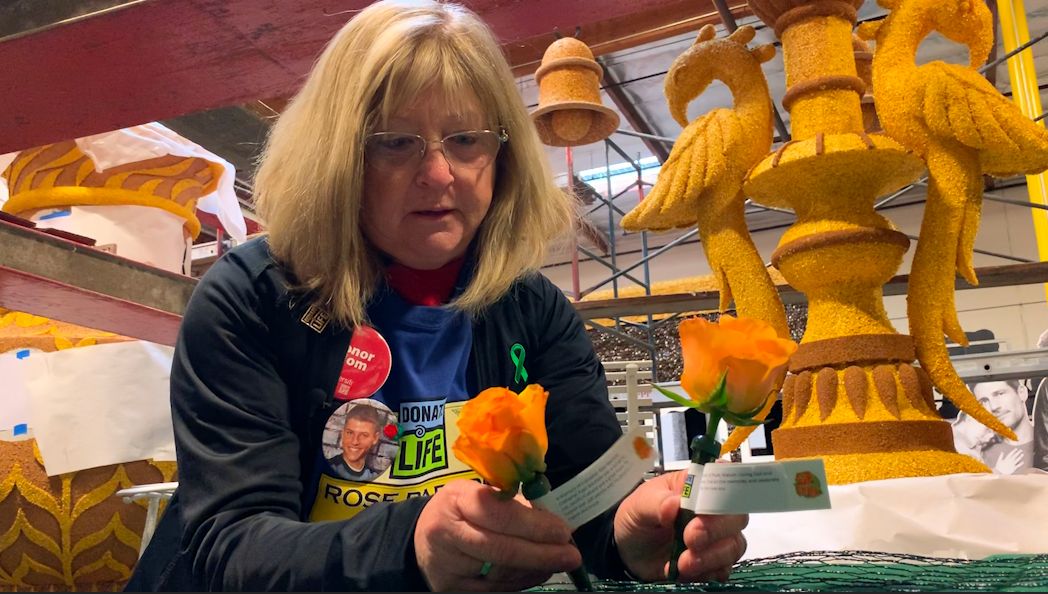 LOS ANGELES (SPECTRUM NEWS)— A woman from Wisconsin continues to come back to California each year to decorate a float for the Tournment of Roses Parade.

It all began 10 years ago for Wisconsin native, Karen Metulis. She’s makes a trip to California every year to help decorate the Donate Life float.

“It was something that popped up and we thought let’s give this a shot. And once we did it we had our addiction,” Karen Metulis said.

For Metulis, the float means much more than countless hours of hard work and buckets of flowers; it is a way to feel connected to son Christopher.

“He was here until he was 18 years old and he did save six lives, I’ve heard from every one of them,” Metulis said.

She says the float decorating allows her channel her pain and grief into something positive, for her son. She lets the memory of her son, lead her work.

“He would be so proud of what he is doing here. Literally he is not here but he is here,” Metulis said.

She wears a pin on her chest with a picture of her son on it. She says it keeps his memory alive in her heart while she is decorating with other families who have lost someone. For Metulis, each piece of the float she works on is symbolic of much more than it appears.

Although her son is no longer with her, his memory will ride on this float as an orange flower.

“These colored roses throughout the float, there are thousands of them. These are all donors who have donated organs,” Metulis said.

This orange flower symbolizing her son’s life will allow him to go along for the ride in one of the most iconic parades. Metulis and many other families are working on the Donate Life float that will be apart of the parade on January 1st, 2020.