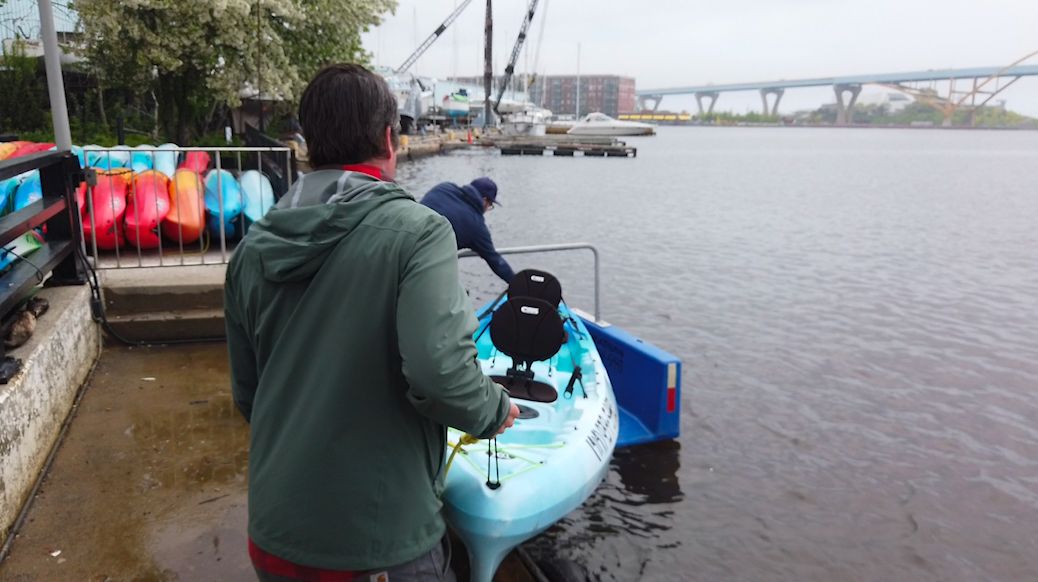 WISCONSIN (SPECTRUM NEWS)-- It's been a chilly start to spring for the entire state of Wisconsin, which has put some stress on outdoor activities.

The state of Wisconsin is known for its outdoor recreation. But what happens when you have a cool and damp spring? Some businesses say it's affecting the start of their seasons.

Spring hasn't quite sprung throughout the state of Wisconsin and for those businesses that rely on some warmer weather; the start of their season has been a little rough

Michael Fischer, owner of Brew City kayak says the traffic on the river has been low so far this year.

"Leading up to memorial day… It's been pretty non-existent just because it has been so cold and water temperatures as well have been so cold," Owner of Brew City Kayak, Michael Fischer said.

Fischer says they are usually up and running a few weeks before Memorial Day, however, the first time they opened this year was Memorial Day weekend but has already closed back down again because of the cold.

“Temperatures out on the lake are about 50 degrees and up until a week ago they were about 42 degrees," Fischer said.

Like the saying goes, out of sight out of mind. That seems to be the case with the sun and the outdoor fun that comes with it.

"When there is no sun and when it's cold people are thinking let’s stay home and watch movies. People are still in that mindset that it's still winter or a cold spring," Fischer said.

Not only has it been a slow start of the season for Brew City kayak, but if you swing on over to Germantown, Swing Time is feeling some of the same effects.

"It feels like April out here we still have heaters going, everything is under water, trying to keep up cutting grass has been very hard," Manager of Swing Time Germantown, Matt Roadhouse said.

Their biggest challenge has been the rain. It’s leaving the driving range and other activities on a bit of a hold.

"We're getting by but for us its only three months out of the year that you are busy trying to make it throughout the year, through the winter and everything. We really rely on these months to get some good weather," Roadhouse said.

For now, many are foregoing outdoor fun but sure enough spring or even summer will show its face.