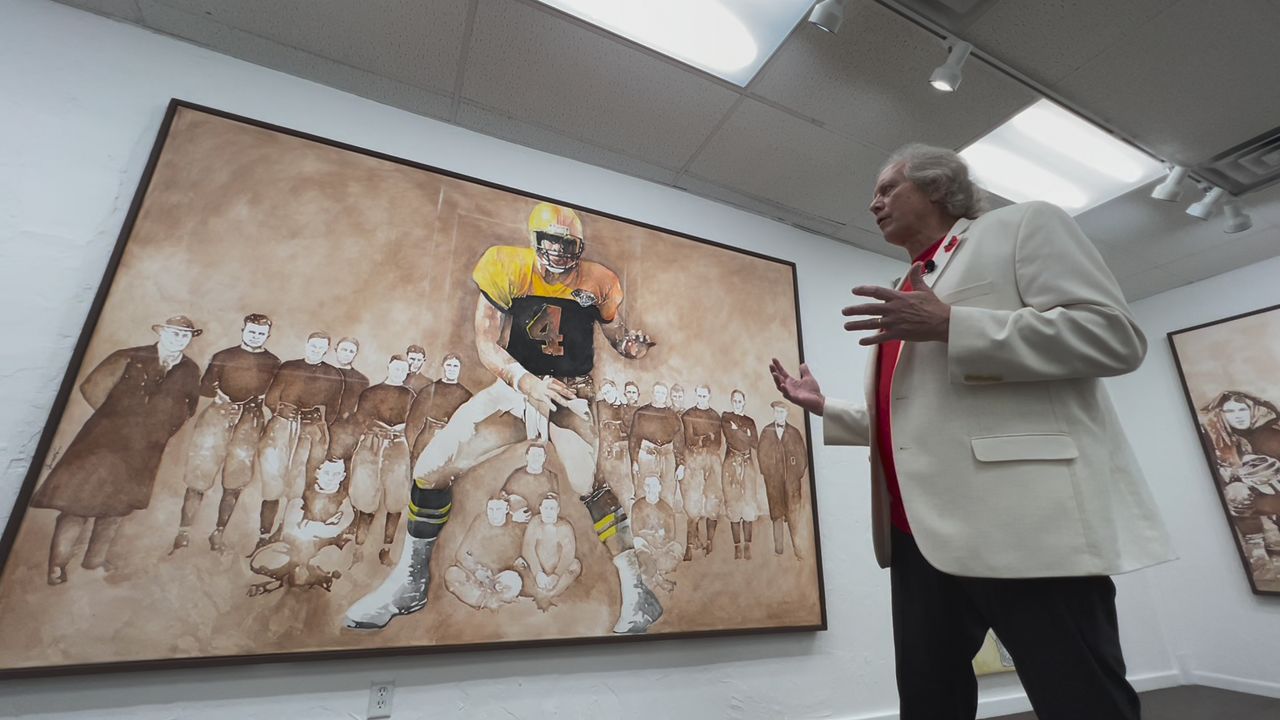 GREEN BAY, Wis.— There are few ways to better celebrate the legacy of Brett Favre than how Dg Clearing has.

The artist and poet opened an art gallery at 1270 Main Street in Green Bay commemorating number 4.

“It’s the football from the Lombardi Trophy,” Clearing said pointing to a painting by artist James Hartel.

The painting depicts Favre getting ready to throw while on the run with the Lombardi trophy in his hand rather than the typical pigskin.

“It was just incredible,” he said, while looking at a painting depicting Favre during Super Bowl XXXI.

Clearing added the entire collection showed how Favre wanted to highlight more than just himself.

“Right here we have Curly Lambeau,” he said while describing a painting of Favre in an intimidating stance with the 1919 Packers in the background.

Another piece takes up an entire wall. It’s a collection of nine paintings, only one of which contains Favre, celebrating his various milestone touchdown passes.

He said he believes the entire collection could bring people from all backgrounds together.

“Art can change the world,” Clearing said. “This show is going to bring together Packer fans, sports fans, and art fans together and a lot of times they never come together. It shows the depth of Favre’s understanding of humanity. Pretty iconic.”​