For two years, the conversation never changed, so it came to a point where Suzanne Hoxworth decided she would supply all the questions and answers.

“Want to go out to dinner with us?” Suzanne would ask her son, Lee. “No, I’m busy,” she would answer.

“What are you doing?”

“Stuff,’’ she would answer.

“Where are you going?”

“I would hold the whole conversation, and he would just stay on the phone,’’ she said.

If you’re the mother of a young 30-something child, this probably doesn’t sound all that strange.

“I just thought he was being a pain in the neck, I really did,’’ said Suzanne. “And he wasn’t. Well, he probably was.”

The reason Lee was going all Tibetan-monk was because he was keeping a secret. And he wasn’t going to tell his parents until the time was right.

The first day of Hanukkah turned out to be the right time.

Lee, who lives in Columbus, Ohio, decided he would reveal that the reason he was being so coy – pretty much about everything – was because he had been taking online classes at the University of Wisconsin-Oshkosh. And on Dec. 19, he would be part of the winter commencement class where he would be given his bachelor’s degree in leadership and organizational studies.

As far as holiday surprises go, Lee had come up with the crème de la crème.

What added to the shock value was that Lee was working full-time as a strategic operations planner for NetJets. He had earned his associate’s degree and an aviation maintenance program certificate from Columbus State Community College in 2017, but there was never any talk of one day pursuing a bachelor’s.

So with everyone gathered at his parents’ home, Lee gave an oversized box to his sister Hillary. She pulled out her gift; then reached in for two more boxes for her parents. And when they each opened a box with a sweatshirt that read “The University of Wisconsin Oshkosh Parent,” they were … utterly confused. 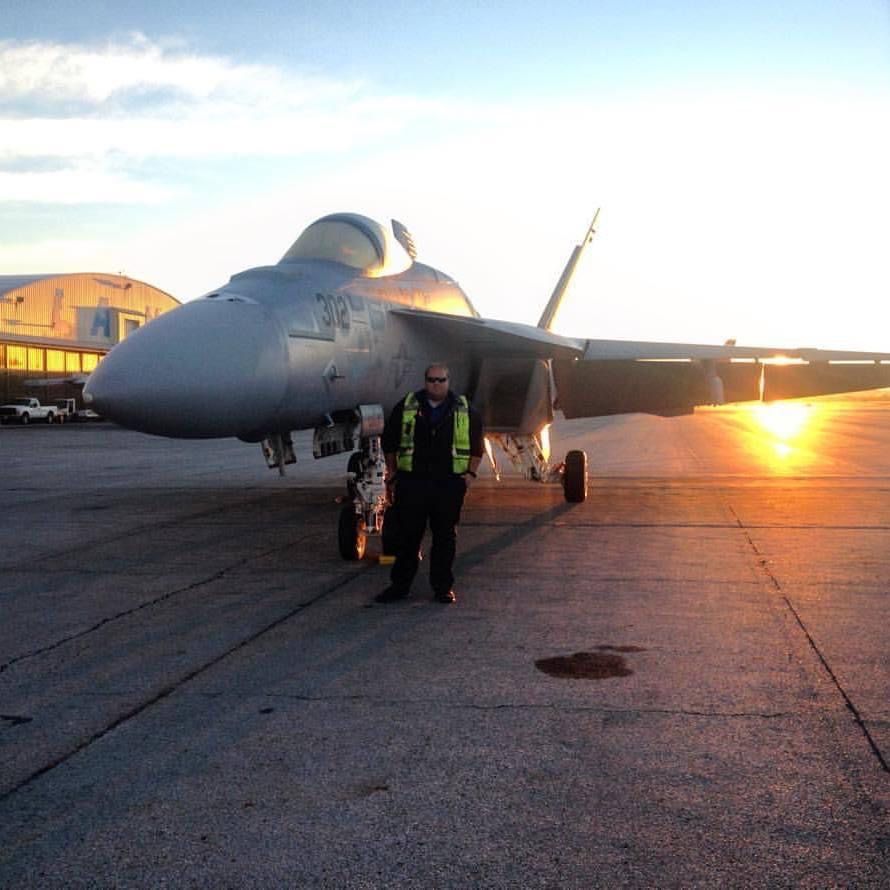 “Is Lee moving to Wisconsin?” Suzanne thought to her herself, which immediately prompted her to think of something else.

“I knew (Wisconsin) was miserably cold,” she said, “and their snow is a lot.”

When Lee purchased the sweatshirts from the school bookstore, he was unsure if his items would be gift-wrapped, so he wrote in the memo section on the order that the gifts were a surprise for his parents, who didn’t know he was going to school. The bookstore manager, in turn, contacted the school’s communication office, which produced a story about Lee.

“So what I did was I printed out the article he wrote and handed it to them,’’ said Lee; “and said, ‘This might clear it up a little bit.’”

UW-Oshkosh’s virtual graduation ceremony was set for Dec. 19. Lee was working that day, but Suzanne and Scott were determined to throw the best pandemic party they could. They went to Lee’s apartment, put up signs and decorations and the school logo on his apartment door – despite his objections - then went home and decorated their own home before watching the event on-line.

“I kept applauding and screaming,’’ said Suzanne. “When I saw his name come up, I was just really crazed. We couldn’t be more proud of him.”

After the ceremony, they called friends, posted information on Facebook, and told neighbors.

“It’s not the first time we’ve done this,’’ said Suzanne. “When Hillary graduated from college and law school, and Lee graduated the first time, and now this one; they probably think our kids go to school for the heck of it.”

So how did a man from Ohio find a state school in Wisconsin in the first place?

Well, Lee had thought about going for his bachelor’s after nearing completion of his associate’s degree. He looked into Ohio State and Ohio University but found out his aviation maintenance program credits from Columbus State would not be accepted.

“So basically I was going to have to start over,’’ said Lee. “I could have studied aviation anyway, but it would have been a different aspect, and it would have been another three or four years. So I kind of stopped looking for a little bit and just continued working.”

But then a friend saw a posting in the lobby at Columbus State from UW-Oshkosh, which was offering a direct transfer partnership with some community colleges specifically for aviation maintenance. Lee called, applied, and was accepted. He started classes in the spring of 2019, took summer classes, and finished in December.

Lee has always loved aviation, ever since his parents took him to watch planes take off and land at what is now John Glenn International Airport in the days before 911. His parents bought him an introductory flight lesson at 16, and he took flight lessons through high school before eventually earning his pilot’s license. 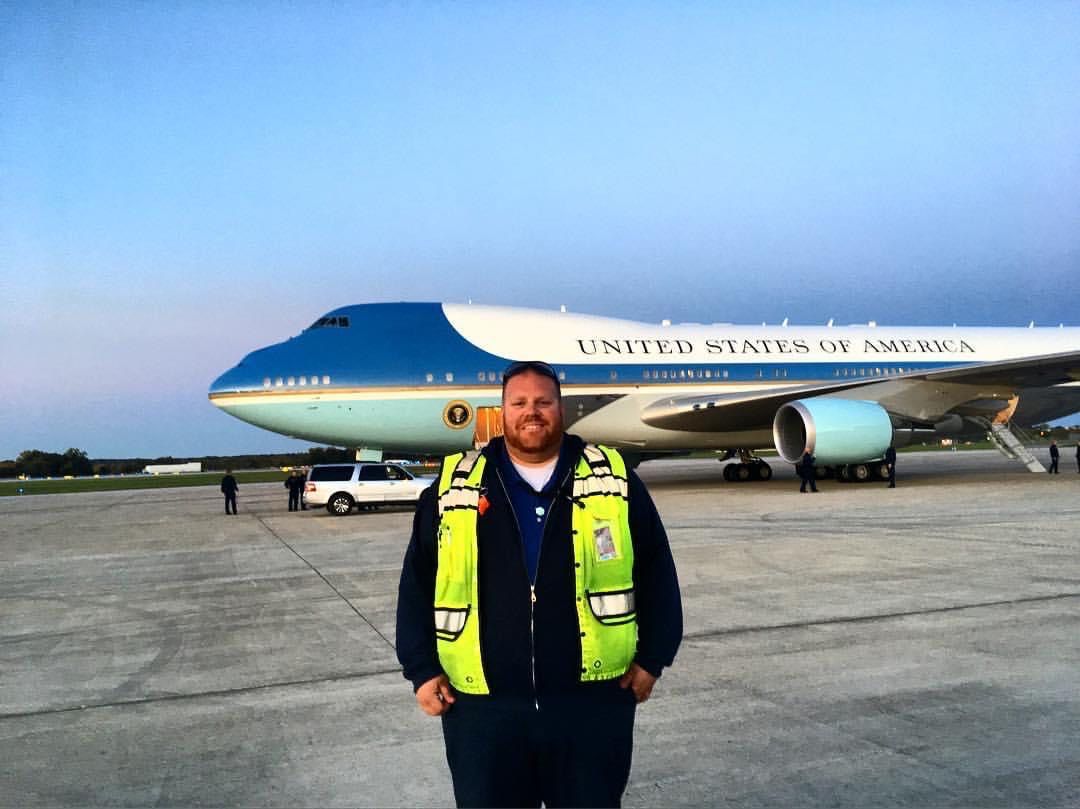 Lee in front of Air Force One when President Obama visited Columbus in 2016 (Courtesy: Lee Hoxworth)

Now Lee hopes to one day visit Oshkosh, not only to see his alma mater but Oshkosh is also home to the Experimental Aircraft Association, an international organization that hosts the largest aviation gathering of its kind in the world, EAA AirVenture.

For any aviation enthusiast, this is their Super Bowl.

“This just adds another level of reason to come up there,’’ he said.

As for Suzanne, admittedly, she is just looking forward to once again having a normal, two-way conversation with her son on the phone.