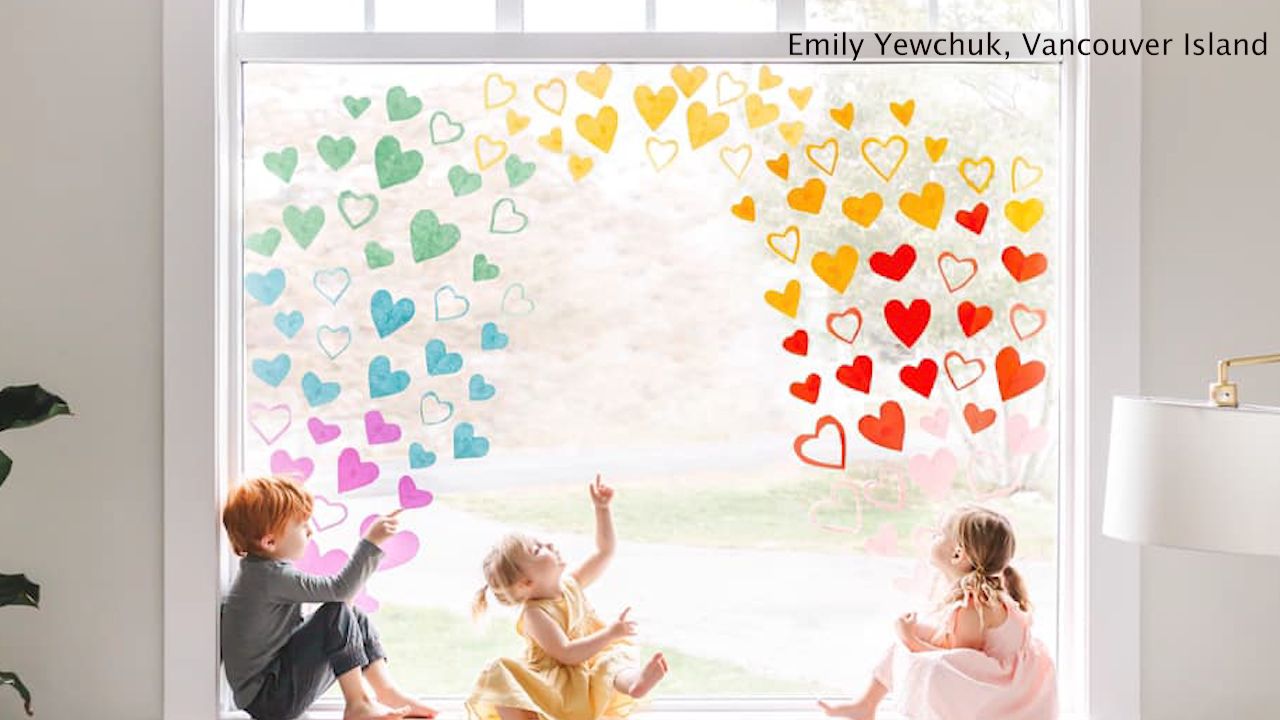 Hearts in Windows Become Symbols of Hope Across Wisconsin

MADISON, Wis. (SPECTRUM NEWS) - As you go for a drive or take a walk to get out of the house, you may have noticed hearts in people’s windows. It’s all part of a movement to spread joy and hope during the coronavirus pandemic.

It all started with a Facebook group created by some teachers in Milton. They call it Happy Heart Hunt. Participants create heart displays to put in their windows for others to see. 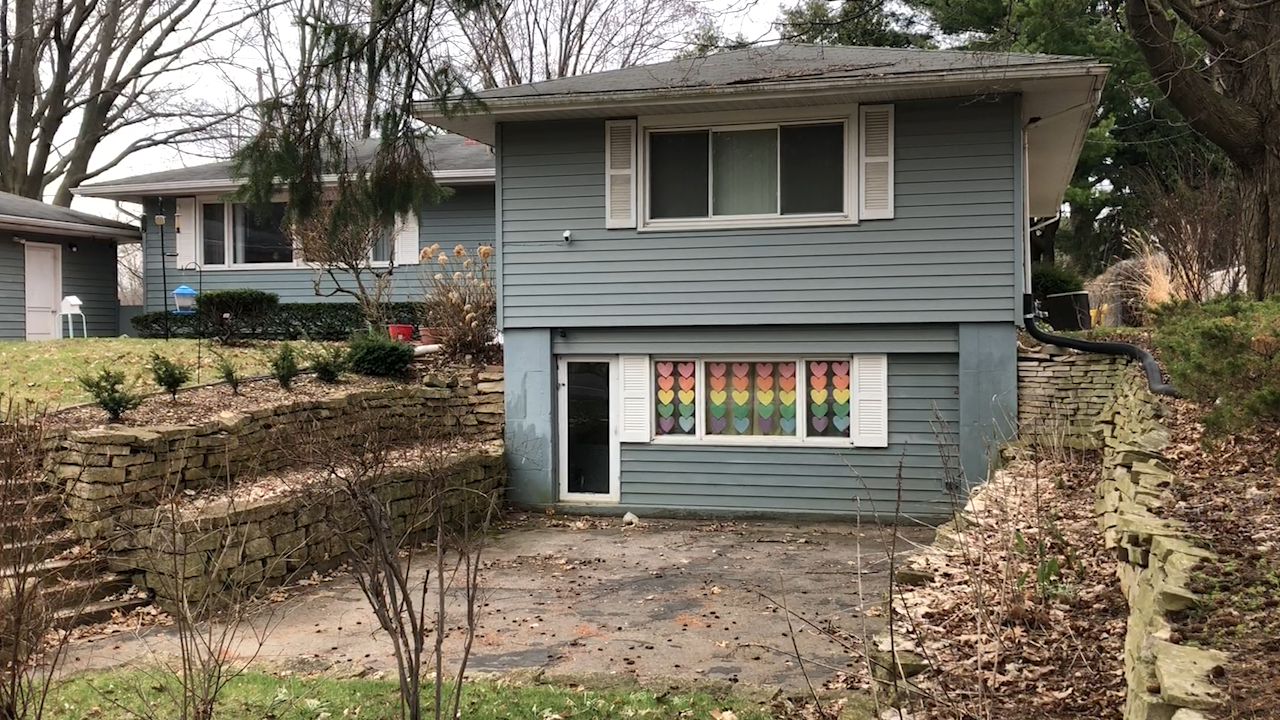 “It was actually my grandpa’s idea, my aunt told him about it on Facebook,” said Ashley Case of Footville. She lives just down the road from her grandparents’ family dairy farm. “I told my grandkids to come on over, it’ll kill a few hours getting off the couch,” said Steve Case, her grandpa and the farm’s owner. Their farm is on a road where lots of people see it as they pass by, and they decorated most of the windows.

One of the windows has a big heart silhouette made from smaller hearts. Another has the words “Farmer Strong”. Steve even has lights to keep them illuminated all night. “Just think it would just brighten everybody’s day a little bit I guess,” Steve said. 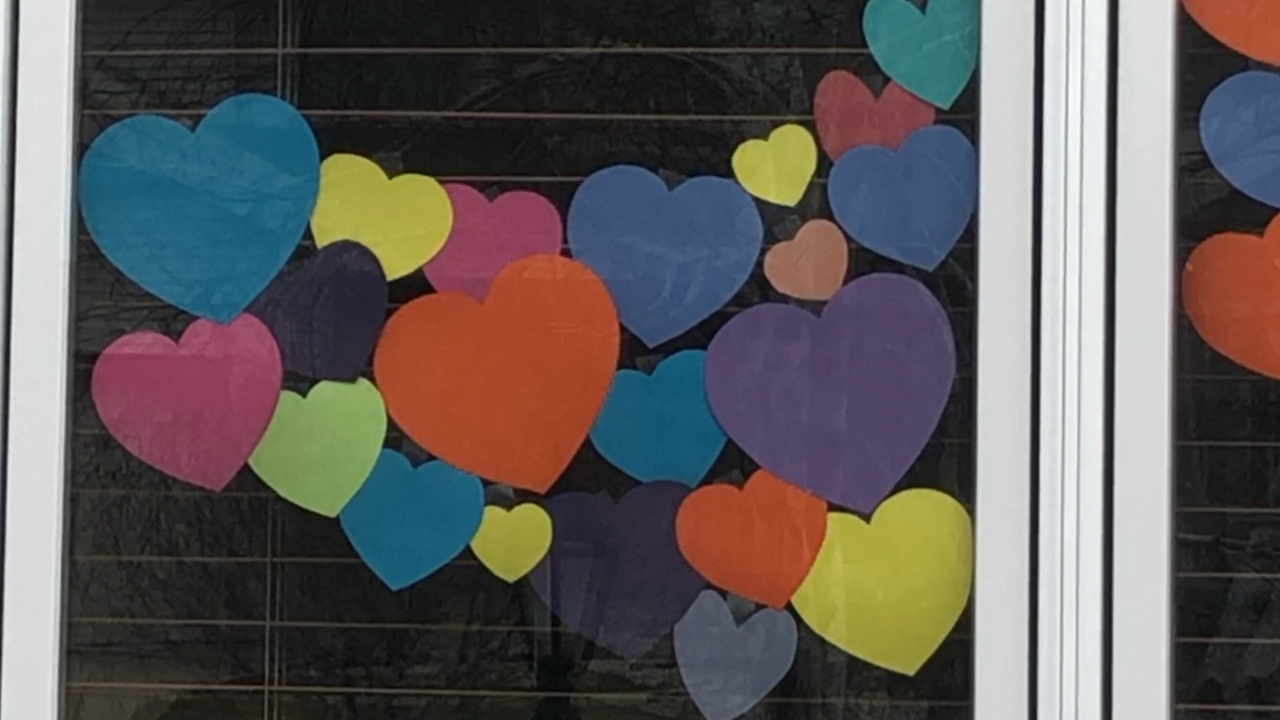 Jordan Mattison’s Hillsboro salon is closed for the time being, so she decided to decorate the window with hearts made from her Cricut. “I hope that when people drive by that, it makes them smile,” Jordan said.

Some displays have deeper meaning for the person who made it. That’s the case at Julie Ewing’s Fitchburg home. 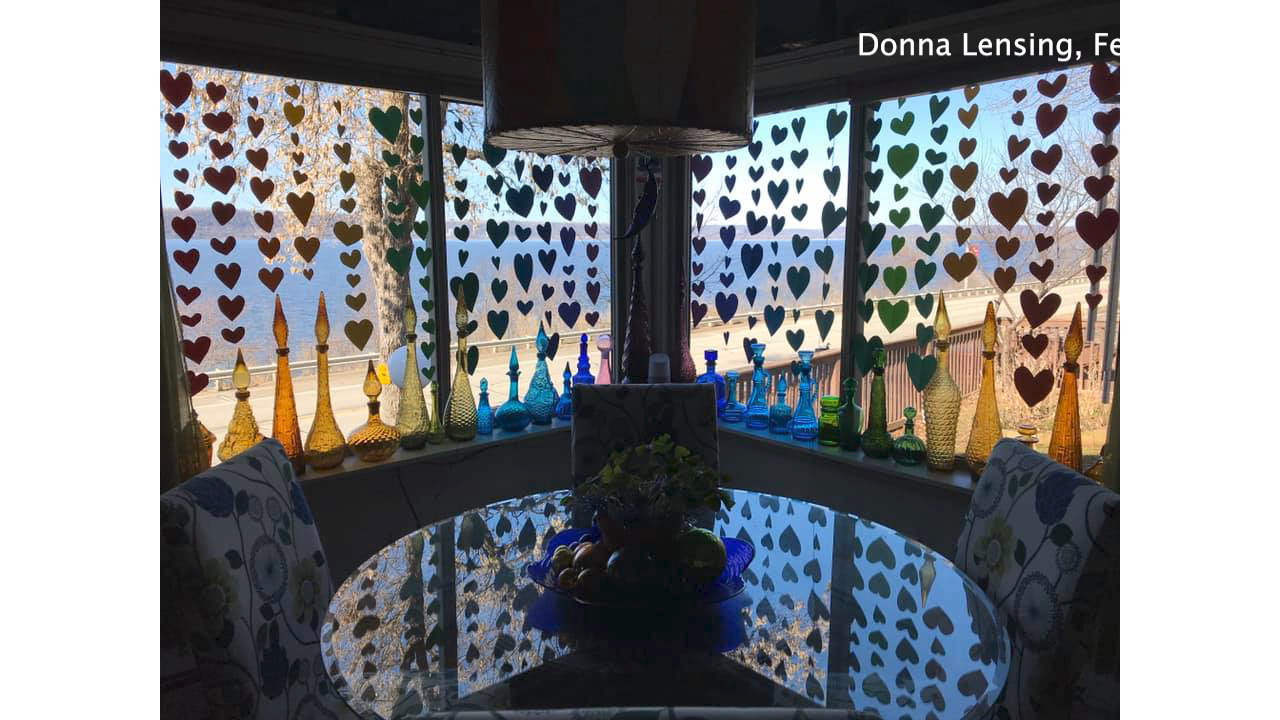 Ewing has hummingbirds and hearts on her front windows. “My father … he passed away in 2013,” Ewing said. “When he was on his death bed, I said we have to make a pact so we have a universal connection. And hummingbirds was our connection.”

Hundreds of thousands of people now have hearts in their windows. Some have added photos of the ones they love that they can’t see right now. Others have even decorated their cars to make people smile out on the road. 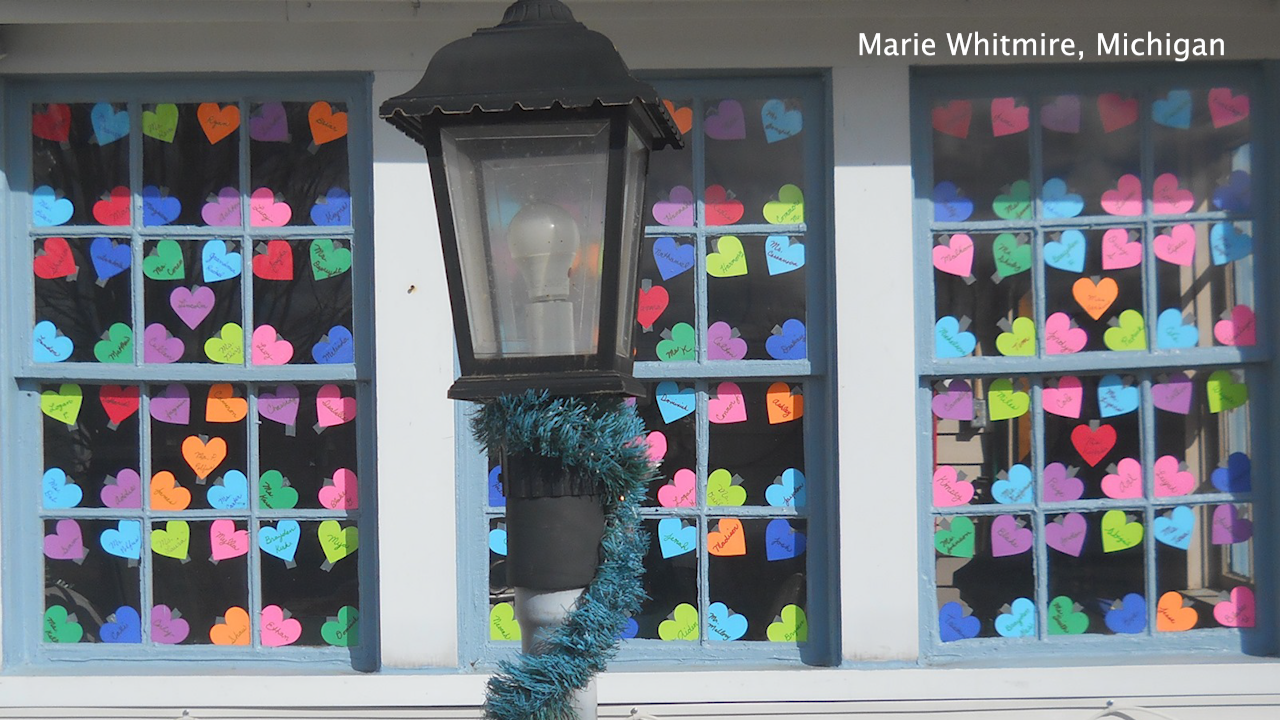 It may look like just paint and construction paper, but for the people in this movement, the hearts are about hope. “It helps to feel connected,” said Ewing. “We’re all in this together.”

The Happy Heart Hunt Facebook group now has more than 200,000 members. To learn more about it, click here.