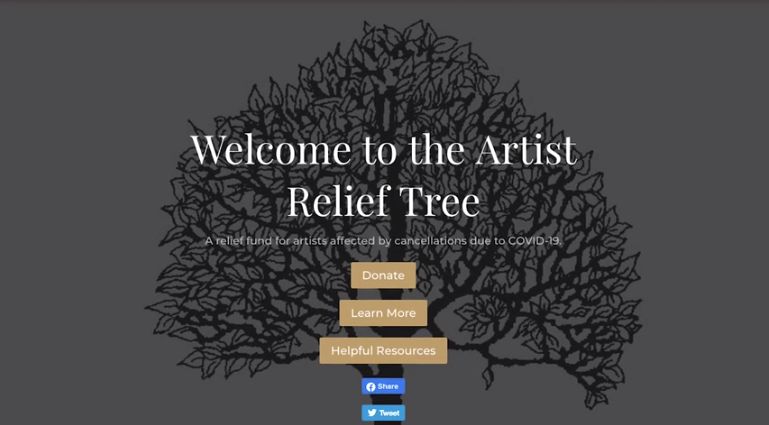 Lawrence University Music Professor Creates Fundraiser for Those in Need

APPLETON, Wis. (SPECTRUM NEWS) -- The Coronavirus has shut down artistic performances across the country, leaving fans without shows and artists without paychecks. Andrew Crooks, a music professor at Lawrence University in Appleton put together a fundraiser to help those in need.

"Some have lost one hundred fifty thousand overnight because their big time performances got canned,” said Crooks.

For artists on a tight budget, even small losses hurt.

“I have friends who are trying to become singers who are losing their side hustle as a dog-walker,” said Crooks.

Crooks along with his friends in the music world started the Artist Relief Tree on Facebook and the web, where anyone can donate to those in need.

“The mission is to try to provide some amount of relief for the anxiety on whatever level that is for people around the world,” said Crooks.

People like Marco Cammarota who’s an opera singer, voiceover artist, as well as someone who pics up smaller gigs at churches. Much of his work has dried up. He signed up early with the Artist Relief Tree.

“When you’re not having that steady flow of income, it’s damaging. It’s demoralizing and it makes you feel terrible,” said Cammarota.

"It allows you to pay for groceries or to put gas in your car or pay your internet bill,” said Cammarota.

In just two weeks, the group has attracted the attention of high-profile artists like Ben Folds, Russell Brand, and George R. R. Martin. They’ve helped raise awareness for the project.

“It’s bringing the arts community together. It’s a platform where we’re able to share. Some people live streaming or sharing videos of them doing things,” said Crooks.

“We’re just trying to get as many people to see this so they can understand that this is a real tragedy, on top of all the other tragedies that are happening,” added Cammarota.

Normally this time of year, Andrew Crooks would be in Appleton working with his music students. For now he’s a world away in New Zealand, trying to help others. It’s been a learning curve for everyone involved with launching the international relief effort.

“Several of our team have full time jobs as administrators in arts organizations that are really struggling as well. They have their own full time job battles and they do this on their lunch break and into the midnight hours,” said Crooks.

Artists that may not be performing but are working around the clock and around the world to help each other out.

So far 3,500 people have signed up for the relief. New applications are currently frozen until the group reaches it’s $1 million goal.

Here are the sites: