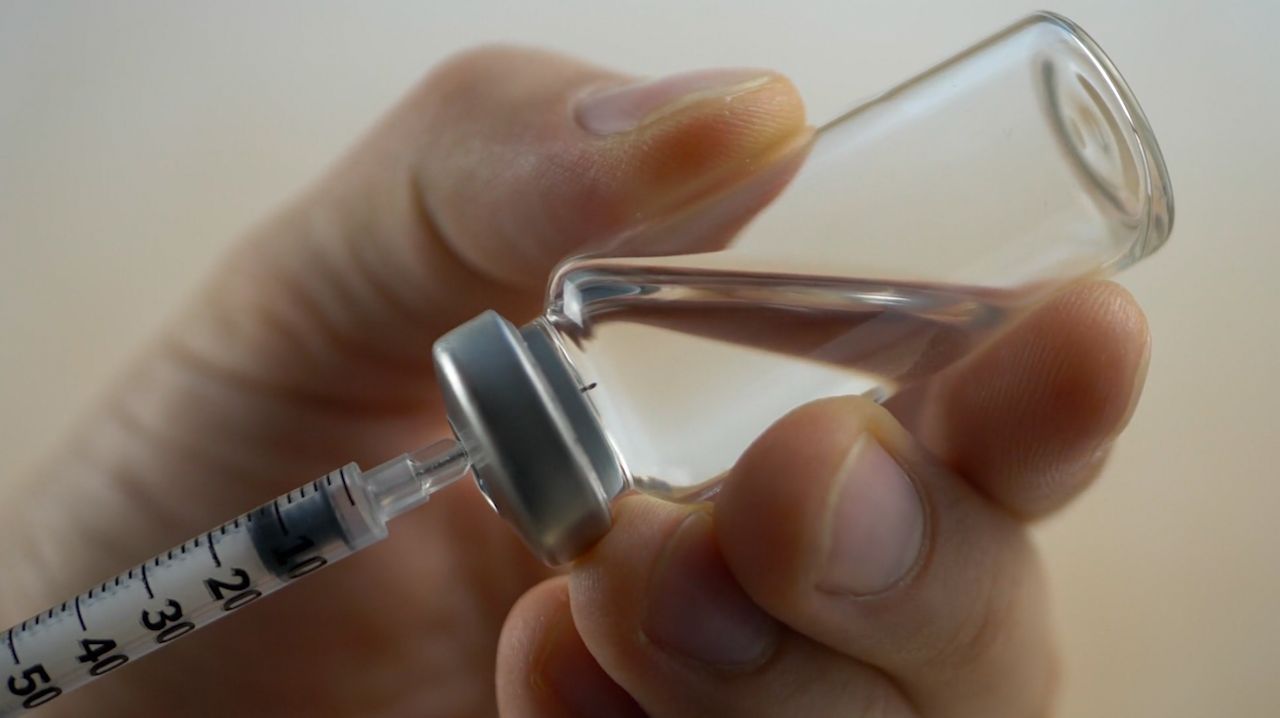 WISCONSIN (SPECTRUM NEWS) - There could be a change in vaccines required by schools in Wisconsin.  The state wants to add a vaccine for a rare, but deadly, disease. But some people feel this takes away their freedom of choice.

Adam Griggel had just started his freshman year at UW-Eau Claire when he got sick. What started with flu-like symptoms got worse, fast. He was diagnosed with bacterial meningitis and was in complete organ failure. Griggel said, “They gave me zero chance to live.”

He woke up from a medically induced coma four days later. After more than 26 operations to save his leg Griggel made a difficult choice, "it got to the point where I was like I'll be better off without it, and I truly am."

Griggel believes making a meningitis vaccine a school requirement is a good idea.

The “Meningococcal ACWY Vaccine" protects against a specific group of bacteria that can lead to meningitis, an infection of the tissues around the brain and spinal cord. This bacteria can also infect the bloodstream and the lungs.

The vaccine would be required for Wisconsin students entering 7th grade, followed by a booster when they go into 12th grade.

Wisconsin United for Freedom co-founder, Amber Psket told us members of this recently founded grassroots organization are against the rule change. Psket pointed out it’s a choice issue, not a vaccine issue. She and others have shared their views with lawmakers. “Regardless of how this legislator feels about vaccination we are just urging them to please just see the other side of the story and to know that personal choice should outweigh the greater good.”

One of the points being made by the organization is why mandate a vaccine for a rare disease? But Dr. Margaret Hennessy, Chair of Pediatrics at Ascension All Saints in Racine, will tell you, “not everybody is going to get it, but if you do it could kill you.” And there are no symptoms early on that set this disease apart from the common cold or flu. “This is a disease that hits you hard and fast. Even with antibiotics, up to 15% of people will die, and those that don’t die are left with significant disability. "

The vaccine has been *recommended* by pediatricians for more than a decade. In Wisconsin, almost 84% of 13 to 17-year-old's were vaccinated in 2017. But the state wants to expand that coverage because this bacteria is so contagious.

Griggel still feels lucky to be alive. He was infected with a different group of bacteria that cause meningitis. "menB" usually affects college-aged students, and there was no vaccine available when he got sick.  Griggel still deals with the after-effects from the disease, “the constant pain that I have every single day, that I live with, is never going to go away.”