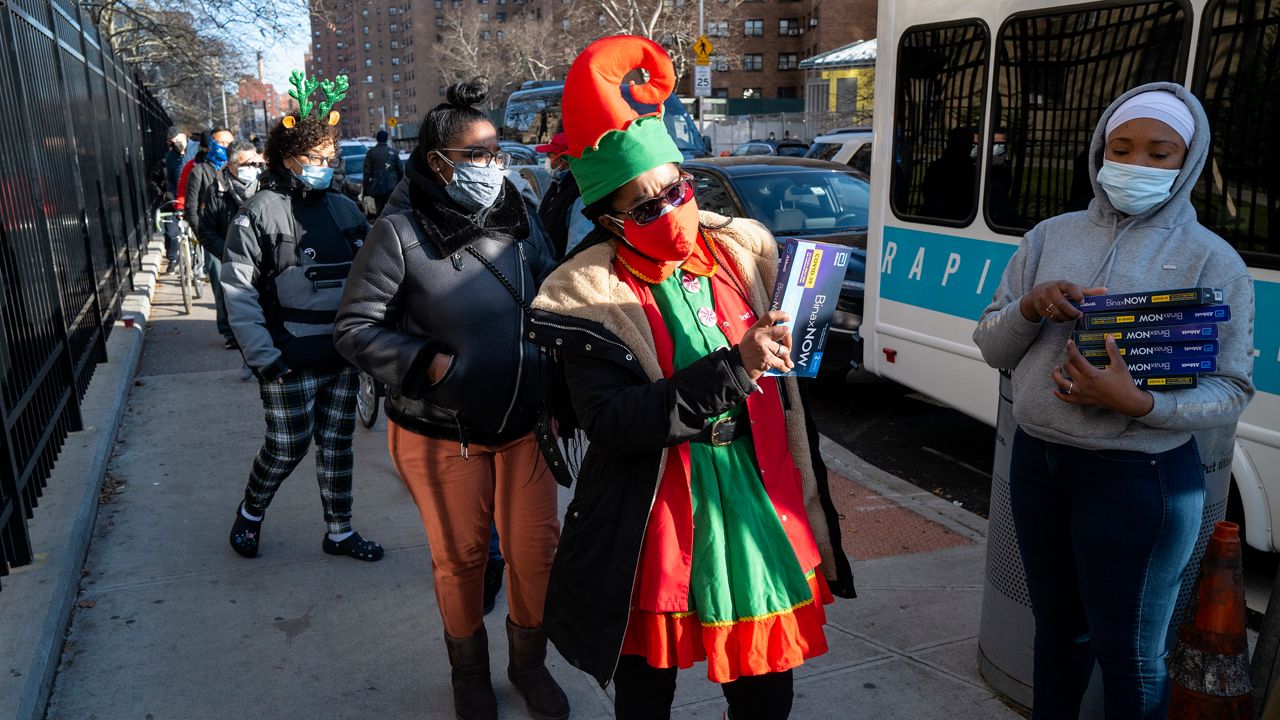 NEW YORK — The city is set to open seven of its own COVID-19 testing sites next week, including two newly announced sites in Queens.

And the state is set to open testing locations at two major subway hubs Monday: at Times Square-42nd Street, from 8 a.m. to 2 p.m., and at Grand Central Terminal from 3 p.m. to 8 p.m. The sites will not be open on New Year’s Day.

Between the new test sites and the increasing use of at-home rapid tests, the city will soon hit about 200,000 tests per day, said Dr. Ted Long, who leads the city’s Test and Trace program. Tests conducted by city-run sites account for about a quarter of current testing capacity, Long said.

Yet the added testing capacity comes as CityMD, a chain of urgent care clinics, said it was temporarily shutting down 13 locations across every borough besides Staten Island. The company said the closures were meant to avoid staffing shortages at other locations, which are seeing high demand for tests.

Did you know you can now watch, read and stay informed with NY1 wherever and whenever you want? Get the new Spectrum News app here.