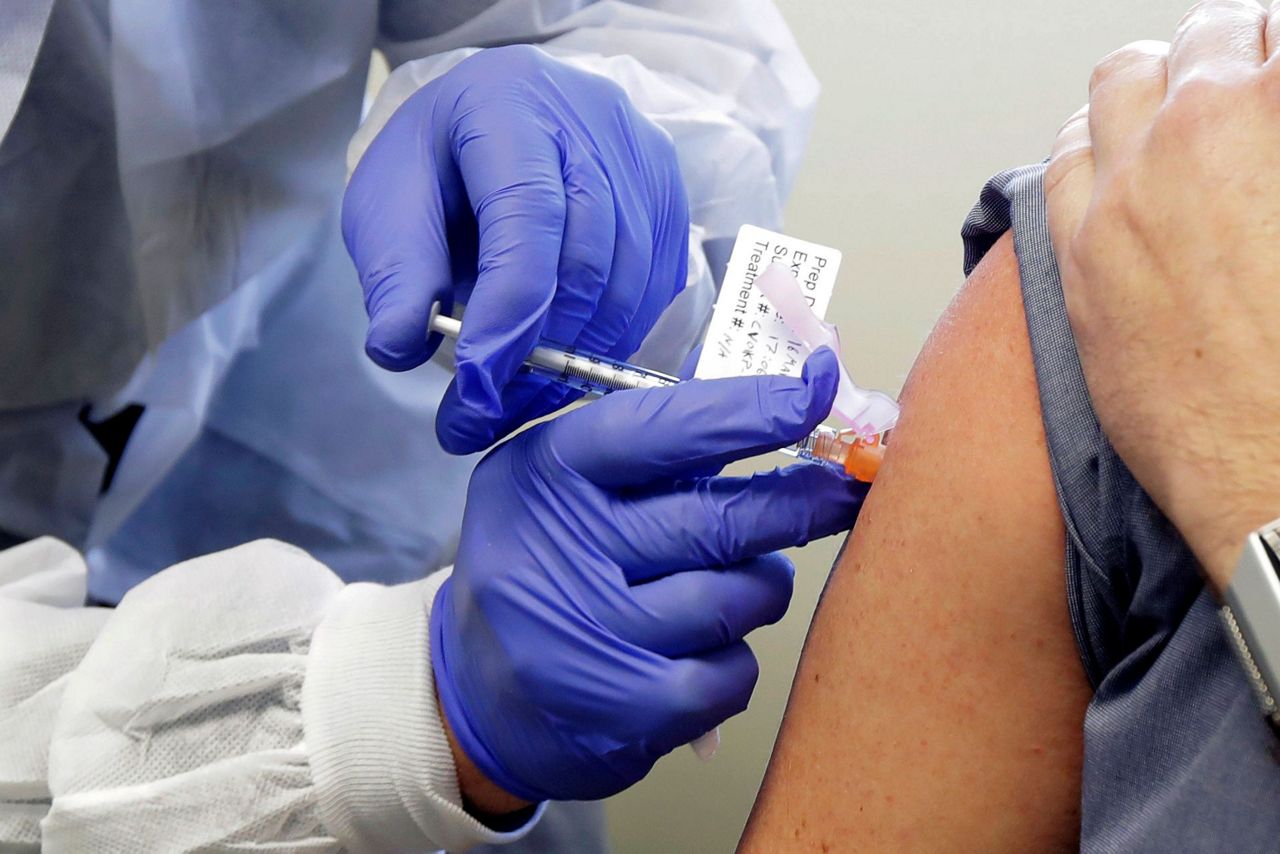 First COVID-19 vaccine tested in US poised for final testing

The first COVID-19 vaccine tested in the U.S. revved up people’s immune systems just the way scientists had hoped, researchers reported Tuesday -- as the shots are poised to begin key final testing.

“No matter how you slice this, this is good news,” Dr. Anthony Fauci, the U.S. government’s top infectious disease expert, told The Associated Press.

The experimental vaccine, developed by Fauci’s colleagues at the National Institutes of Health and Moderna Inc., will start its most important step around July 27: A 30,000-person study to prove if the shots really are strong enough to protect against the coronavirus.

But Tuesday, researchers reported anxiously awaited findings from the first 45 volunteers who rolled up their sleeves back in March. Sure enough, the vaccine provided a hoped-for immune boost.

Those early volunteers developed what are called neutralizing antibodies in their bloodstream -- molecules key to blocking infection -- at levels comparable to those found in people who survived COVID-19, the research team reported in the New England Journal of Medicine.

“This is an essential building block that is needed to move forward with the trials that could actually determine whether the vaccine does protect against infection,” said Dr. Lisa Jackson of the Kaiser Permanente Washington Research Institute in Seattle, who led the study.

There’s no guarantee but the government hopes to have results around the end of the year -- record-setting speed for developing a vaccine.

There were no serious side effects. But more than half the study participants reported flu-like reactions to the shots that aren’t uncommon with other vaccines -- fatigue, headache, chills, fever and pain at the injection site. For three participants given the highest dose, those reactions were more severe; that dose isn’t being pursued.

Some of those reactions are similar to coronavirus symptoms but they’re temporary, lasting about a day and occur right after vaccination, researchers noted.

“Small price to pay for protection against COVID,” said Dr. William Schaffner of Vanderbilt University Medical Center, a vaccine expert who wasn’t involved with the study.

He called the early results “a good first step,” and is optimistic that final testing could deliver answers about whether it's really safe and effective by the beginning of next year.

“It would be wonderful. But that assumes everything’s working right on schedule,” Schaffner cautioned.

Moderna’s share price jumped nearly 15 percent in trading after U.S. markets closed. Shares of the company, based in Cambridge, Massachusetts, have nearly quadrupled this year.

Tuesday's results only included younger adults. The first-step testing later was expanded to include dozens of older adults, the age group most at risk from COVID-19. Those results aren't public yet but regulators are evaluating them. Fauci said final testing will include older adults, as well as people with chronic health conditions that make them more vulnerable to the virus — and Black and Latino populations likewise affected.

The 30,000-person study will mark the world’s largest study of a potential COVID-19 vaccine so far. And the NIH-developed shot isn’t the only one set for such massive U.S. testing, crucial to spot rare side effects. The government plans similar large studies of the Oxford candidate and another by Johnson & Johnson; separately, Pfizer Inc. is planning its own huge study.

Already, people can start signing up to volunteer for the different studies.

People think “this is a race for one winner. Me, I’m cheering every one of them on,” said Fauci, who directs NIH’s National Institute of Allergy and Infectious Diseases.

“We need multiple vaccines. We need vaccines for the world, not only for our own country.”

Around the world, governments are investing in stockpiles of hundreds of millions of doses of the different candidates, in hopes of speedily starting inoculations if any are proven to work.

The Associated Press Health and Science Department receives support from the Howard Hughes Medical Institute’s Department of Science Education. The AP is solely responsible for all content.

Copyright 2020 The Associated Press. All rights reserved. This material may not be published, broadcast, rewritten or redistributed without permission.