July Makes Some History In Wisconsin: A Look Back

July is typically the hottest month of the year in Wisconsin. In this case, it made the list of the top hottest Julys ever.

If you thought it's been hot and humid over the last few weeks, you are correct! For most of the major reporting sites in Wisconsin, July 2020 will go down as the hottest July we've had in eight years. 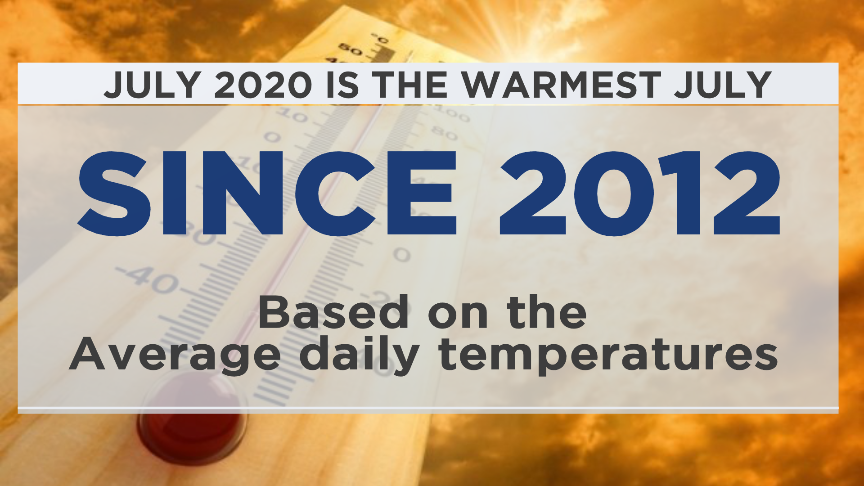 That stat is compiled by looking at the average temperature for the entire month (highs and lows). And for Milwaukee, it's the third-warmest July on record. The warmest ever was July of 2012 (78.6 degrees).

But what about the humidity? I was a little surprised by this. Humidity starts becoming "disgusting" once you get dew points above 70 degrees: 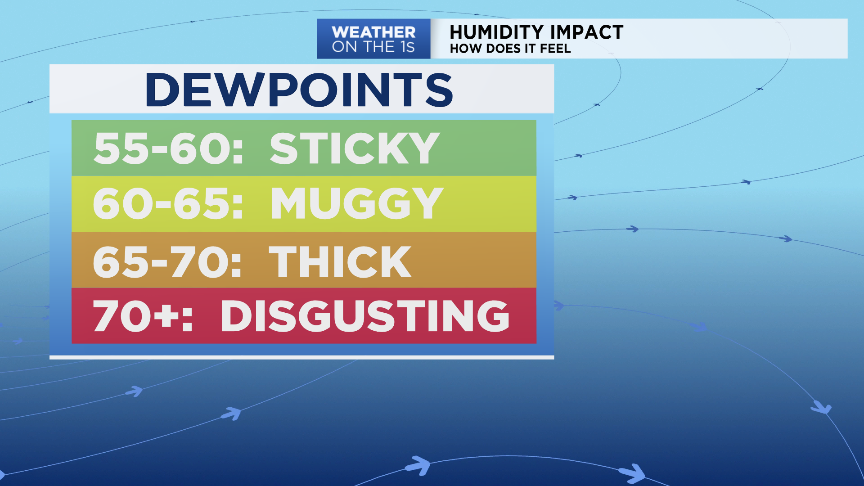 But looking over the data, we didn't do anything spectacular this month. If anything, the dew points were right on par with previous Julys. Take, for example, Milwaukee: 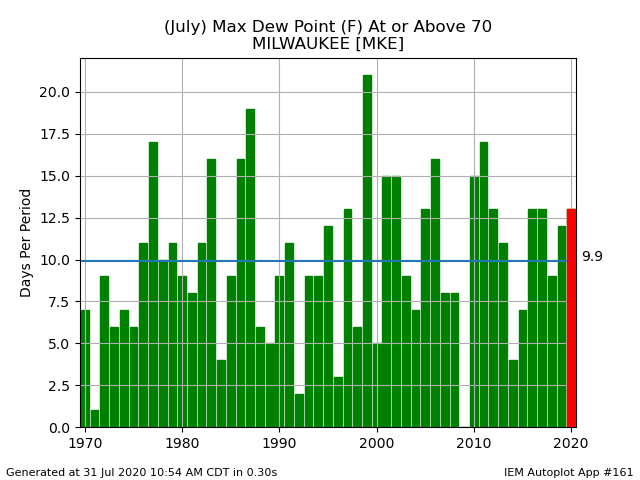 So, what gives? Well, remember that when the air is hotter, "feels like" values can increase significantly, even if the dew points are not absurdly high.

Checking in on our three major reporting sites, let's see how July went down in terms of temperatures & rainfall. We'll start off with Milwaukee.

We hit 95 degrees for the first time in two years. And, there was quite a bit of rainfall this month.

Moving over to Madison, we find a very wet month.

That's nearly double the total amount of rain for the month. And while the highs made it into the lower 90s, we've had warmer days already this year.

As we slide toward Green Bay, I was very surprised by the rainfall there.

The wettest day only brought three-quarters of an inch! Considering all of the storm complexes we had, I thought that number would be a little higher. Overall moisture for the month was near average, however.

Speaking of storm complexes...It sure seemed like we had a lot of thunderstorms this month. Overall, according to the Storm Prediction Center, we had 110 storm reports for the month. 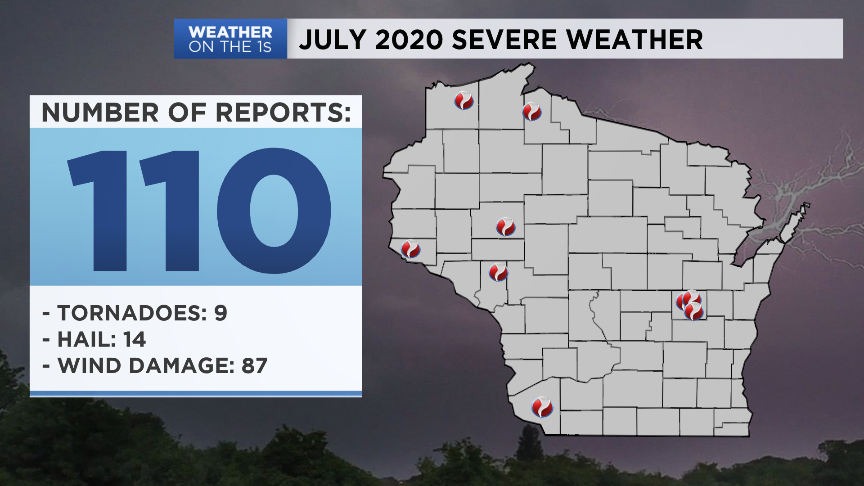 As we discussed in a previous blog, our tornado count certainly shot up this month. But that said, this July was not much worse than recent Julys on record. 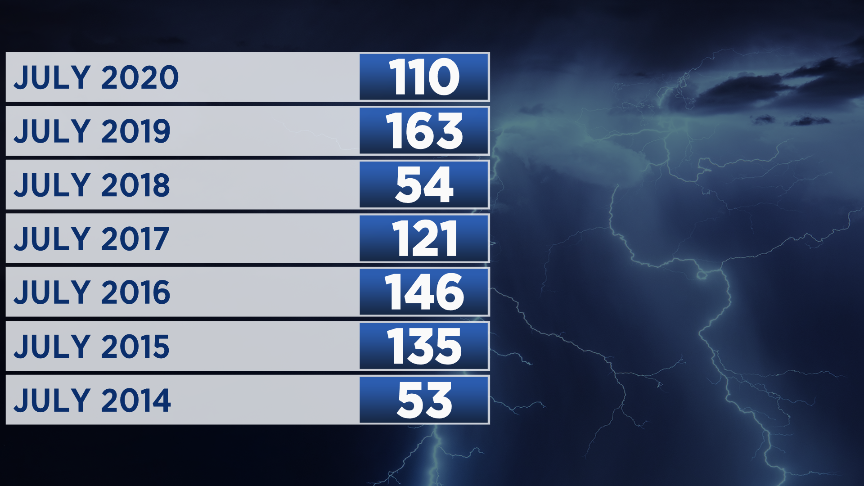 Last year was a very busy July. The year before that, though, was very quiet. Seemingly, July can give you a little bit of everything!

Now, oddly enough, as we wave bye-bye to July 2020, we're going out on a pleasant note. Temperatures the last two days have been just a few degrees below average. And, the dew points have not been bad at all either (near 60).