Catching Up Fast: Where We Stand On Snowfall

Winter started wimpy across Wisconsin, but things have really ramped up in the past several weeks.

Remember back to December and the first half of January? We were talking regularly about how mild the winter was and how little snow we had picked up. That changed in a big way by the second half of January as back-to-back snowstorms impacted much of Wisconsin.

By the end of the month, places like Milwaukee had gone from well below average to above average on snowfall.

So far in February, we have seen over 15 inches of snow thanks to a major lake-effect snow event that dumped huge amounts of snow on southeast Wisconsin from February 15-16.

Our seasonal total in Milwaukee now stands at 43.9 inches, nearly 10 inches above average for this point in the winter. The graph below shows how slow the snow started early in the season but how quickly things have ramped up in January and February. 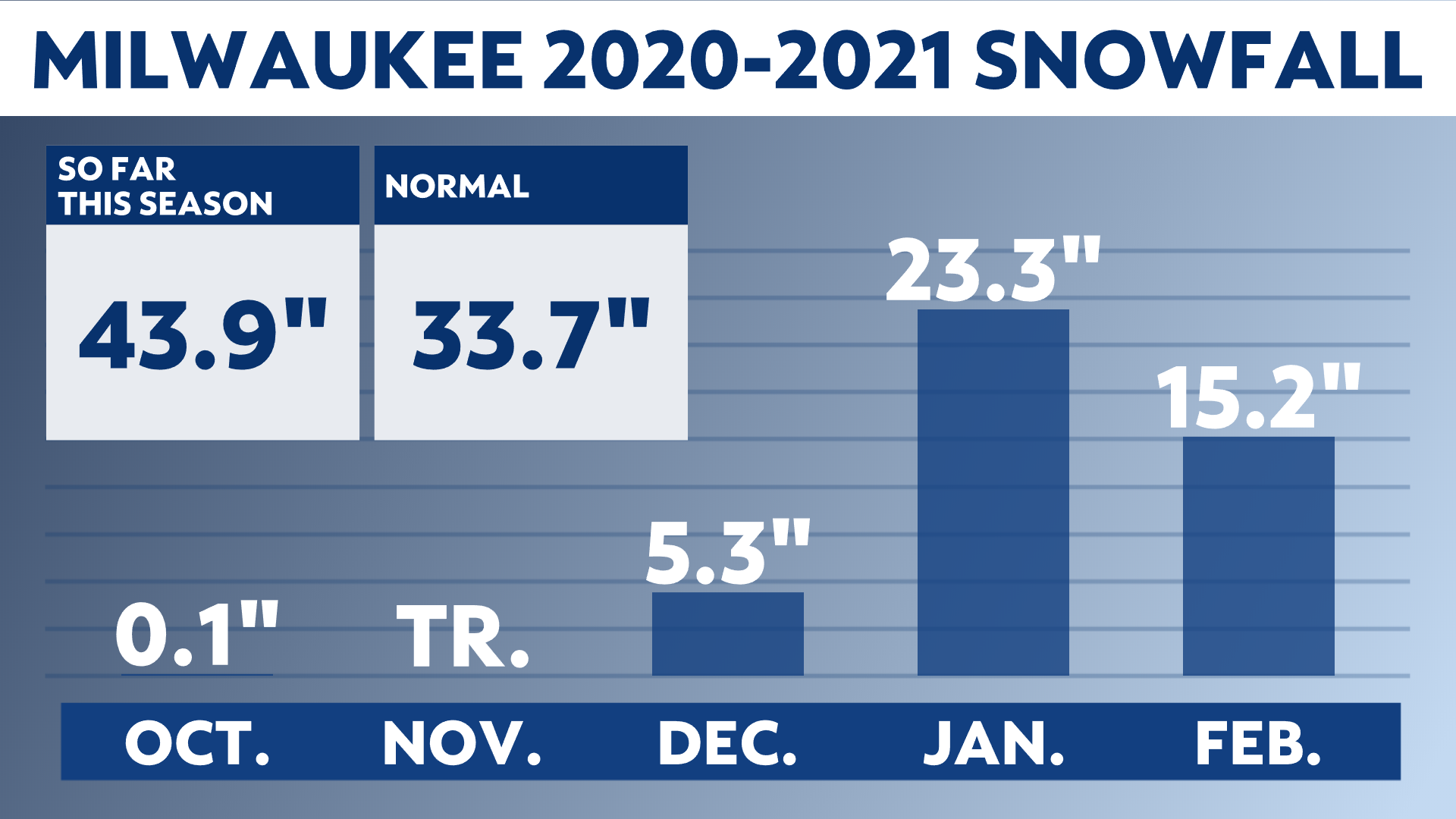 The heaviest snow events have targeted southeast Wisconsin, but places like Madison are also doing well on their seasonal snowfall. So far, Madison has recorded 40.3 inches of snow, which is nearly 4 inches above average. Other parts of the state, however, have missed out on much of the snow this winter. Locations that typically see the most snow are running behind.

For example, Green Bay has been too far north to be impacted by many of the winter storms so far this season. As of right now, they have only received 24 inches of snow, and that puts them nearly a foot behind for the winter so far.

Winter storms so far this season seem to be targeting southern Wisconsin and far northern Wisconsin, leaving a gap in the center of the state. You can see this by looking at the current snow depth.

Notice that the deepest snow is north and south, with a minimum amount of snow across much of central Wisconsin.