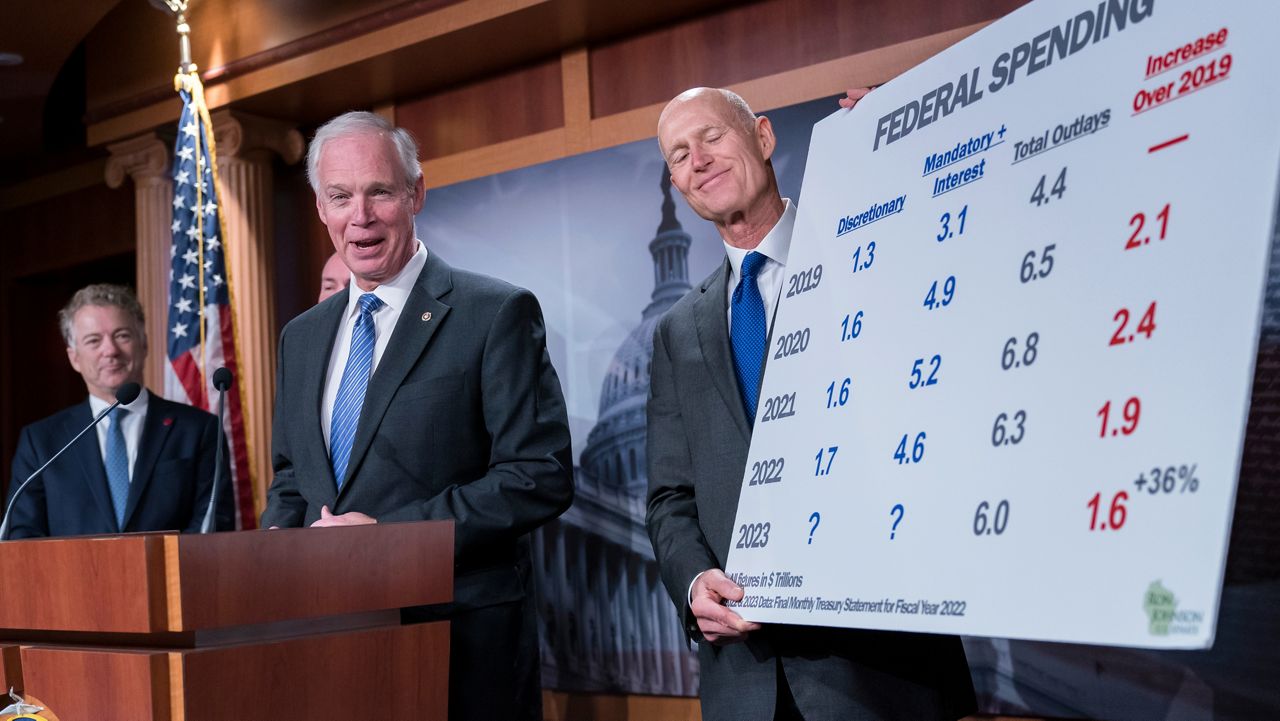 WASHINGTON — As the Senate returns to Washington for its first full week of business in the new Congress, Sen. Rand Paul of Kentucky and several of his Republican colleagues are seeking a bigger role in shaping the party's agenda.

When asked how the group started working together, Paul described gathering as "fairly informal."

"Several of us have been talking for a while and had relationships for a while," Paul told Spectrum News last month.

“We've formed that group, and we're developing our own principles, and we're trying to develop strategies and things we can accomplish,” Johnson told Spectrum News last month. "It's pretty much that simple."

At the top of that list is limiting federal spending. Some of the group's members came out in opposition to the year-long federal spending bill President Joe Biden signed into law at the end of last year, which enjoyed bipartisan support in both chambers of Congress. Members of the group urged their party to reject any long-term deal until House Republicans retook the majority.

Paul, a Libertarian-leaning Republican, has been an outspoken critic of how financial decisions in Washington are made. Paul wants his fellow Republicans to take a stronger stance when it comes to curtailing spending.

“We have 49 Republicans," Paul told Spectrum News last month. "In the Senate, if you have 41 together to do something, you can stop legislation, you can force the majority to negotiate, and we think that we need to talk about that among ourselves.”

"What are the things we're willing to, all 41 of us, say no to the Democrats?" he asked. "Not because we were unwilling to compromise, but to force them to compromise, even on spending."

Some experts see the group's formation as a push against Republican leadership, including the senior member of Kentucky's Senate delegation: Minority Leader Mitch McConnell, who recently became the longest-serving party leader in U.S. Senate history.

“It seems like this is another indication that the Republican caucus in the Senate is not as enamored with Mitch McConnell’s leadership as maybe they have been in the past," said Casey Burgat, director of the Legislative Affairs program at George Washington University's Graduate School of Political Management.

"They might want to pursue a more aggressive tactic or they don’t think he’s using the powers of his leadership position to challenge Democrats enough," Burgat added.

The group is expected to hold press conferences more frequently this term, including one expected this week on the debt ceiling.