Stops in more than 10 states were scheduled during the August congressional recess. Though infrastructure is a buzzword lately, much of the focus was on achievements rather than goals.

For cancer survivor Tina Hinchley, the small battles matter just as much as the big ones on the road to recovery, not just for her but the country as a whole.

“I have preexisting conditions, and I am very thankful for everything that has been done to ensure that I am still going to have health care,” Hinchley said. 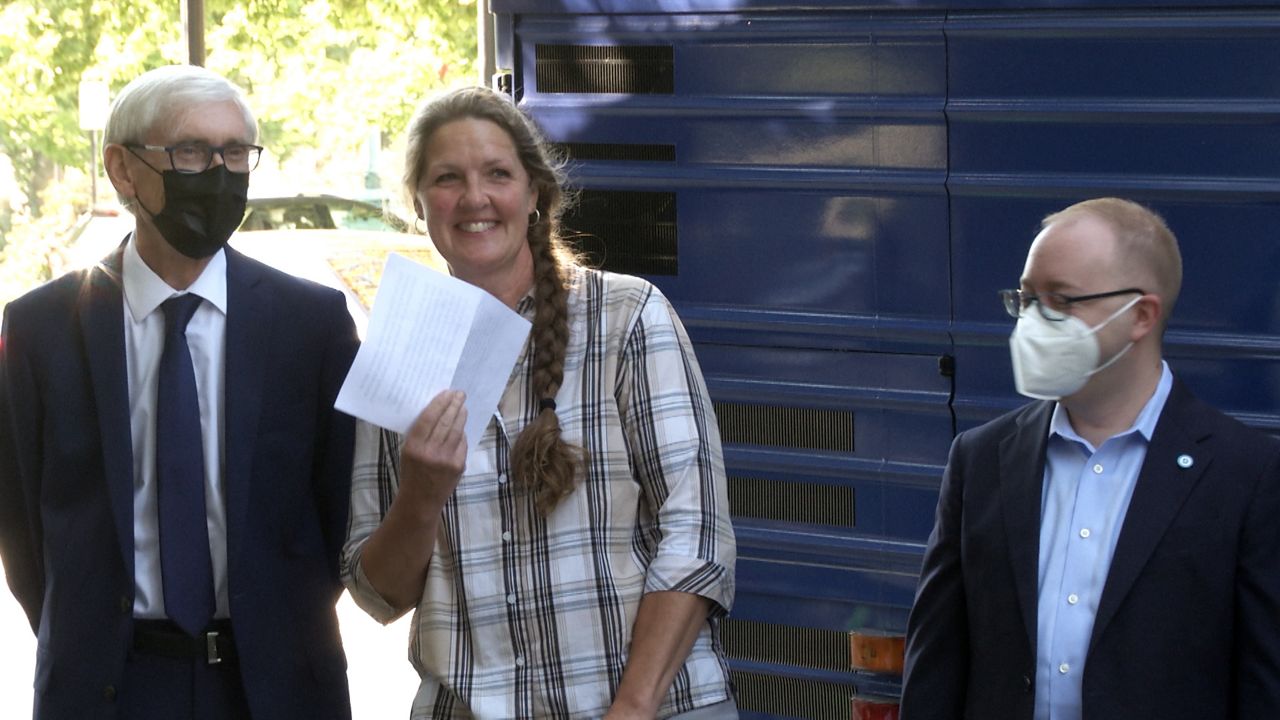 Normally, Hinchley would spend a Monday taking care of chores around her Cambridge dairy farm. This week, she was sharing her story instead.

“Republicans have continued their efforts to rollback, weaken, and eliminate the Affordable Care Act, attempting to spike costs or gut coverage protections for those with preexisting conditions,” Hinchley told a small crowd gathered on Capitol Square.

Such a pleasure to welcome @TheDemocrats #BuildBackBetter bus tour to Wisconsin this morning! pic.twitter.com/MD7iRA9Ohn

“President Biden's expanded child tax credit means that they can sleep a little easier at night knowing that they can say 'yes' to prioritizing their kids without having to worry about what else they are going to have to cut,” Wikler said.

Gov. Tony Evers said a partnership with the Biden administration and Democrats in Congress is important. Evers stuck to his motto 'What's best for our kids is best for our state' and said decisions being made in Washington, D.C. are benefiting Wisconsin.

“It also builds upon my fulfilled campaign promise to cut income taxes by 15%,” Gov. Evers said. “That's a done deal. And, also, this helps out our kids, as well as the two-thirds funding [for schools] from the state level.” 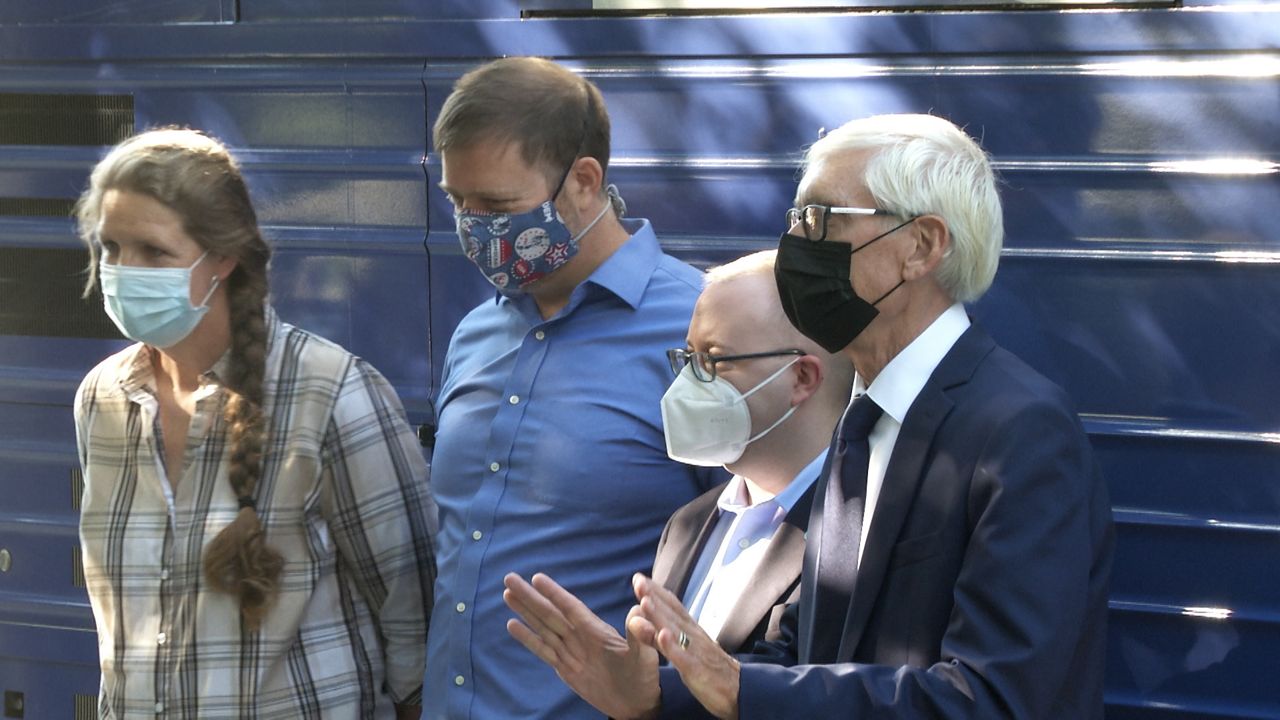 “Wisconsin Democrats and the DNC should be ashamed of themselves for taking an undeserved victory lap after Joe Biden’s botched withdrawal from Afghanistan cost thirteen service members their lives,” RNC Spokesperson Preya Samsundar said in a statement.