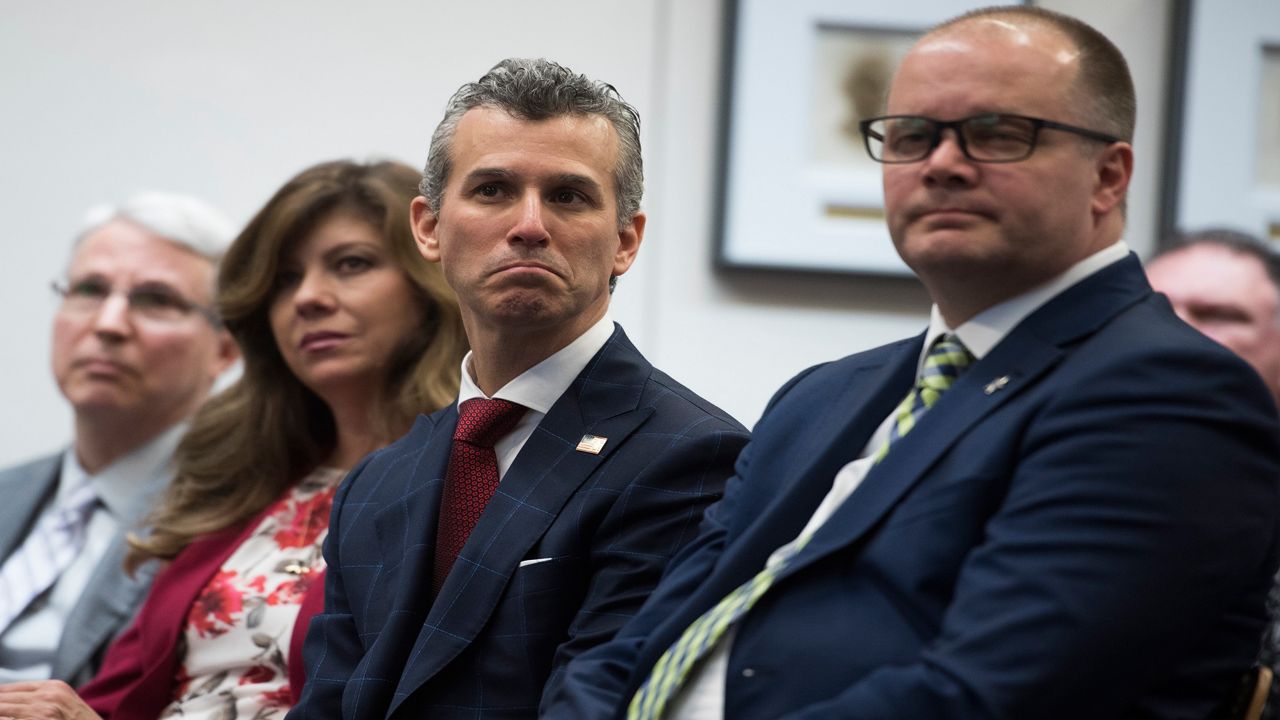 Max Schachter, who lost his son Alex during the Parkland school mass shooting at the release of the Secret Service National Threat Assessment Center's Protecting America's Schools report in Washington in 2019. (AP Photo)

WASHINGTON — Nearly three years removed from the mass school shooting in Parkland, Florida that left 17 dead, Max Schachter, the father of victim Alex, is still fighting to make sure it doesn’t happen again.

“All the other 15 families from Parkland, we just want something positive to come from this horrible tragedy,” said Schachter.

Their hope relied in bipartisanship in the last congressional session. But the legislative push to protect schools never made it to the Senate floor for a vote. But Sen. Ron Johnson, R-Wisconsin is looking to try again. This week, the senator reintroduced the Luke and Alex Safety Act.

“This was an important piece of legislation that didn't get passed last year,” said Schachter. “I was disappointed. So I'm really glad that that we got it reintroduced again. And I'm thankful for Sen. Johnson, Sen. Scott and Sen. Rubio for doing this. It's a big step forward.”

The bill would codify the clearinghouse, schoolsafety.gov. The website provides guidance, best practices and other resources for classes all across the country.

“So not only is it a one stop shop for all the best information on on measures to make your school safe,” said Schachter. “It is also a hub for all of the grants programs that all the federal agencies that work on school safety. They're all housed on one site.”

But this time last year, gun control took over the debate. And with a Democrat in the White House, the conversation could shift that way and further tie up this legislation again. While Schachter is hoping lawmakers can find work together to push this through, he also thinks there is more Congress could do.

“There's another piece of legislation called the Eagles Act,” he said. “And that would enable the US Secret Service’s National Threat Assessment Center to continue its work. So the the way that we can stop the next attack is to is to work to prevent it from ever occurring. And that is through threat assessments, which the US Secret Service pioneered.”​