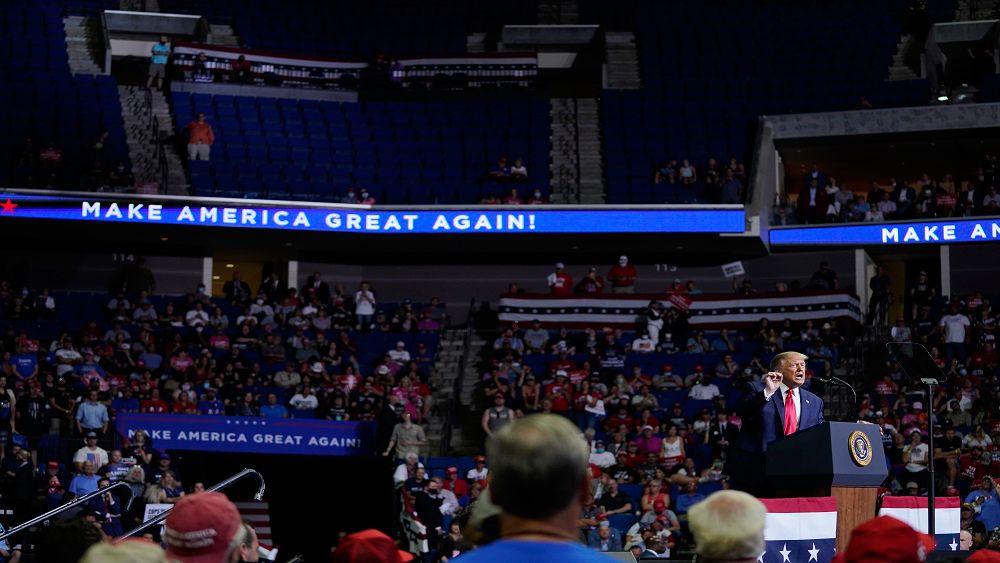 MADISON, Wis. (SPECTRUM NEWS) -- In the 2018 election, the youth vote grew in every single state. Now, young people are getting involved even before they can cast a ballot.

It’s impossible to know an exact number, but thousands of teens and fans of Korean pop music requested tickets to President Trump’s rally on Saturday, with no intention of going. That led to some of those empty seats in the stadium.

University of Wisconsin social media and communications instructor Don Stanley says the no-show protest was just one more example of young people getting involved. “It’s the first time I think young people feel empowered enough to mobilize and say ‘we need to do something about what’s going on, let’s do it’,” said Stanley.

Many of these users seem to be teenagers, who have experienced this huge upheaval of their world over the last few months. “I can’t imagine what it’s like to be a teen or a young person right now,” said Stanley. “So here’s a chance for you to feel empowered and to have a voice and to be able to say something and do something.”

Some aren’t even old enough to vote, but are having an impact on 2020 politics. “The example of the power is what happened Saturday in Tulsa. Is the ability of people to get together,” Stanley said. “It can heavily influence things like rallies for politics, it can heavily influence movements like Black Lives Matter.”

Stanley is quick to point out that it’s impossible to know exactly who all these people are, where they’re from, and whether they have any ulterior motives.

He referenced a 2016 incident where a Russian account started a protest against Muslim-Americans, and a different Russian account organized a counter-protest. Dozens of real people showed up, successfully manipulated by Russian operatives.

Stanley said other countries are trying to fracture our unity by creating polarizing and manipulative content. That’s contributed to the deep polarization of our country.

Still, Stanley said this effort by K-pop fans and young teens may be proof of digital natives communicating and organizing the best way they know how. “It’s going to be interesting to see how much that does influence the elections down the road. Can kids have more of a voice?”

“I’m fascinated to see how this is going to influence the election,” Stanley said. “We’ve still got a lot of runway ahead of us in terms of what’s gonna be coming up with the election.”

“Just hold on,” he laughed. “It’s gonna be like a roller coaster.”