APPLETON, Wis. — Irineo Medina was painted into a corner. The usual one.

“It’s really discouraging, and it’s really hard to fight through that.” 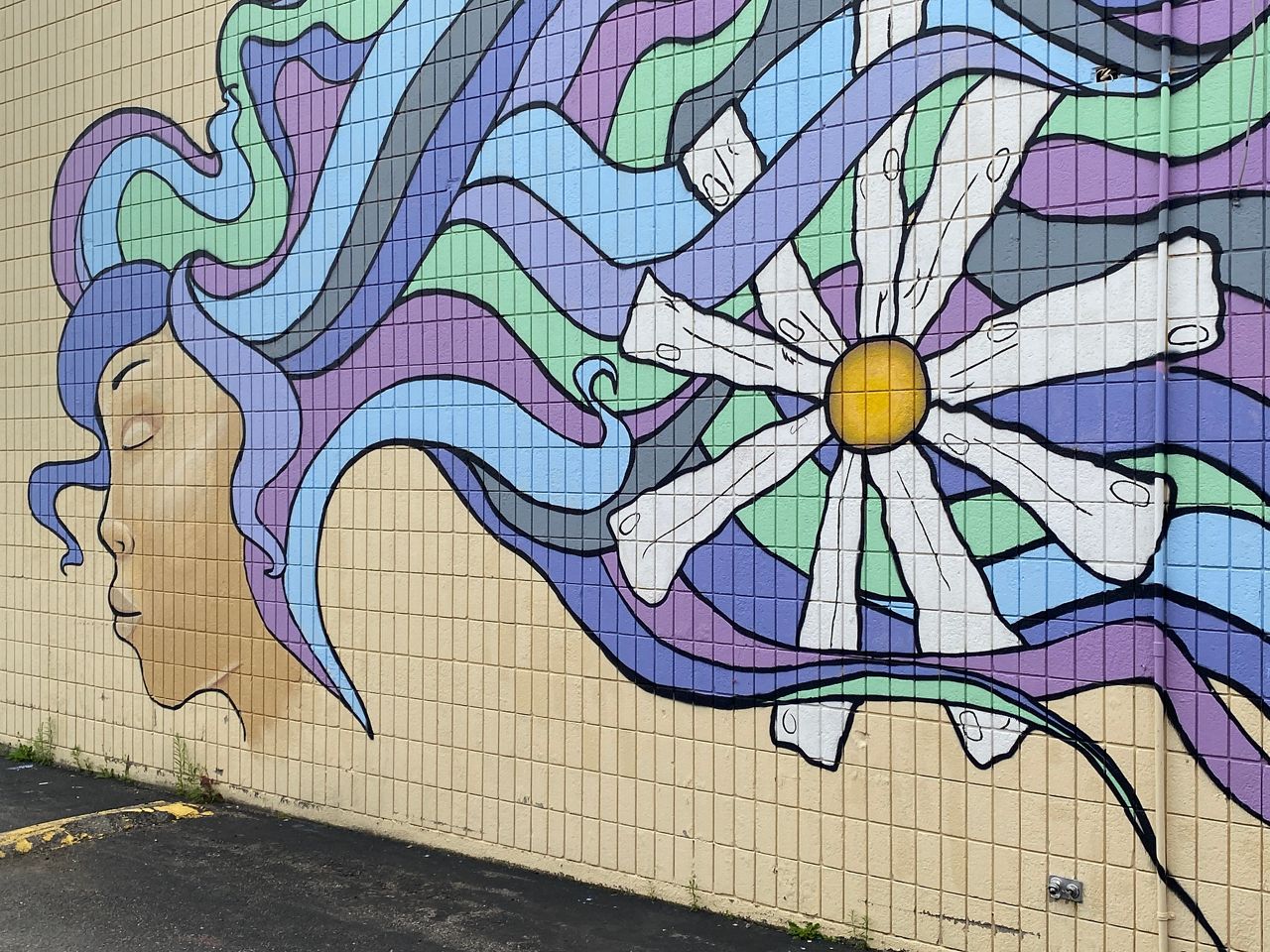 No, it’s not much fun when people are stepping on your dream.

“You know,” he said, “when somebody tells me I can’t do something…”

Well, let us paint you a picture.

Friday was an overcast day, but on North Oneida Street there was sunshine everywhere — on the outside walls of Jersey Bagel and across the alleyway at The Grand Meridian, in the eyes of the students doing the work, on the faces of the curious who stopped by to admire their efforts and most assuredly in the expression of Medina.

All this, painting the very thing he was once mocked for — a mural. 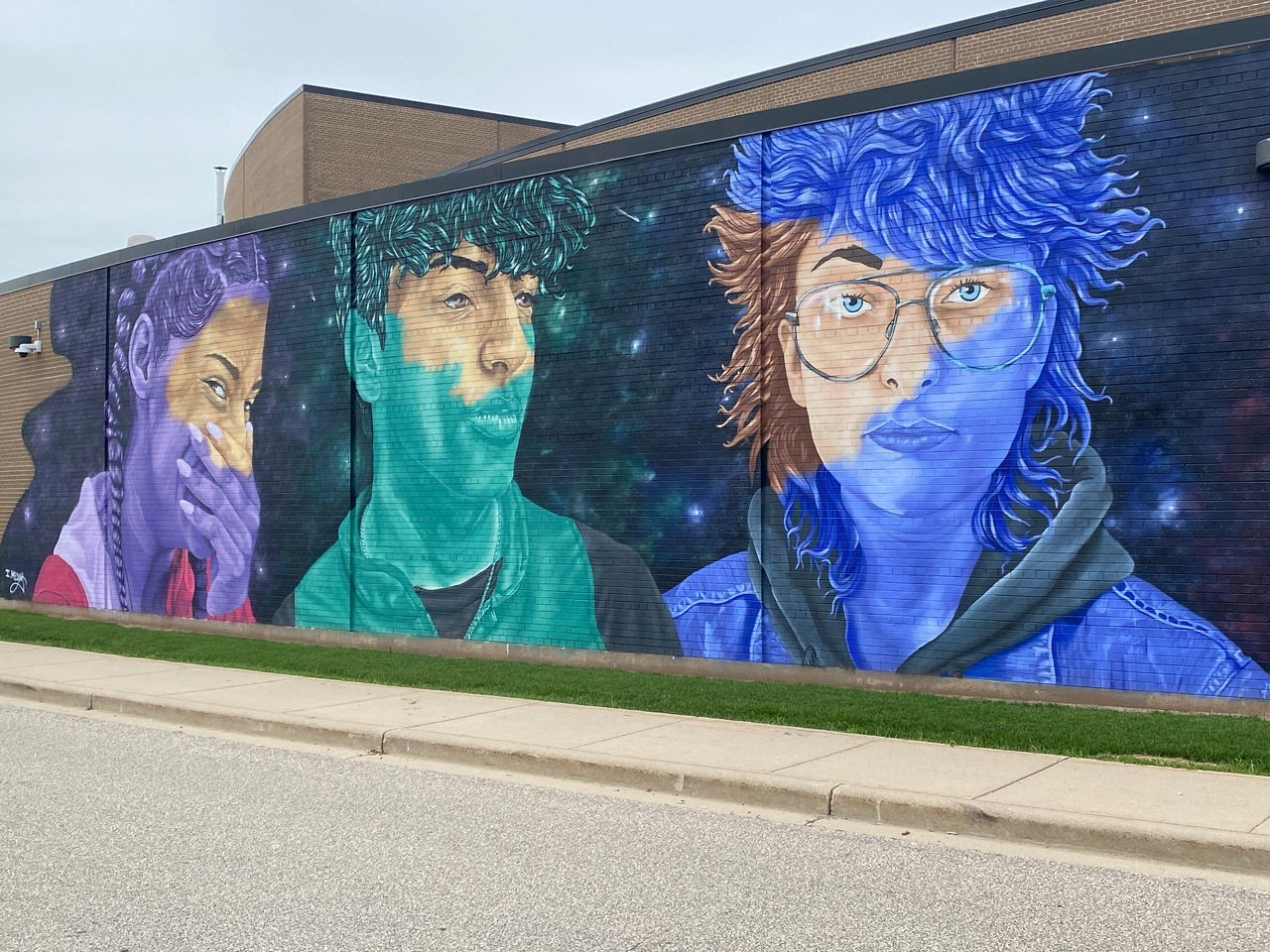 “It definitely makes me proud,” said Maliyah Pamonicutt, a senior at Appleton East High School. “And it gives me, like, a sense of belonging and being able to do something I love. It’s such an opportunity, and it gives me a chance.” 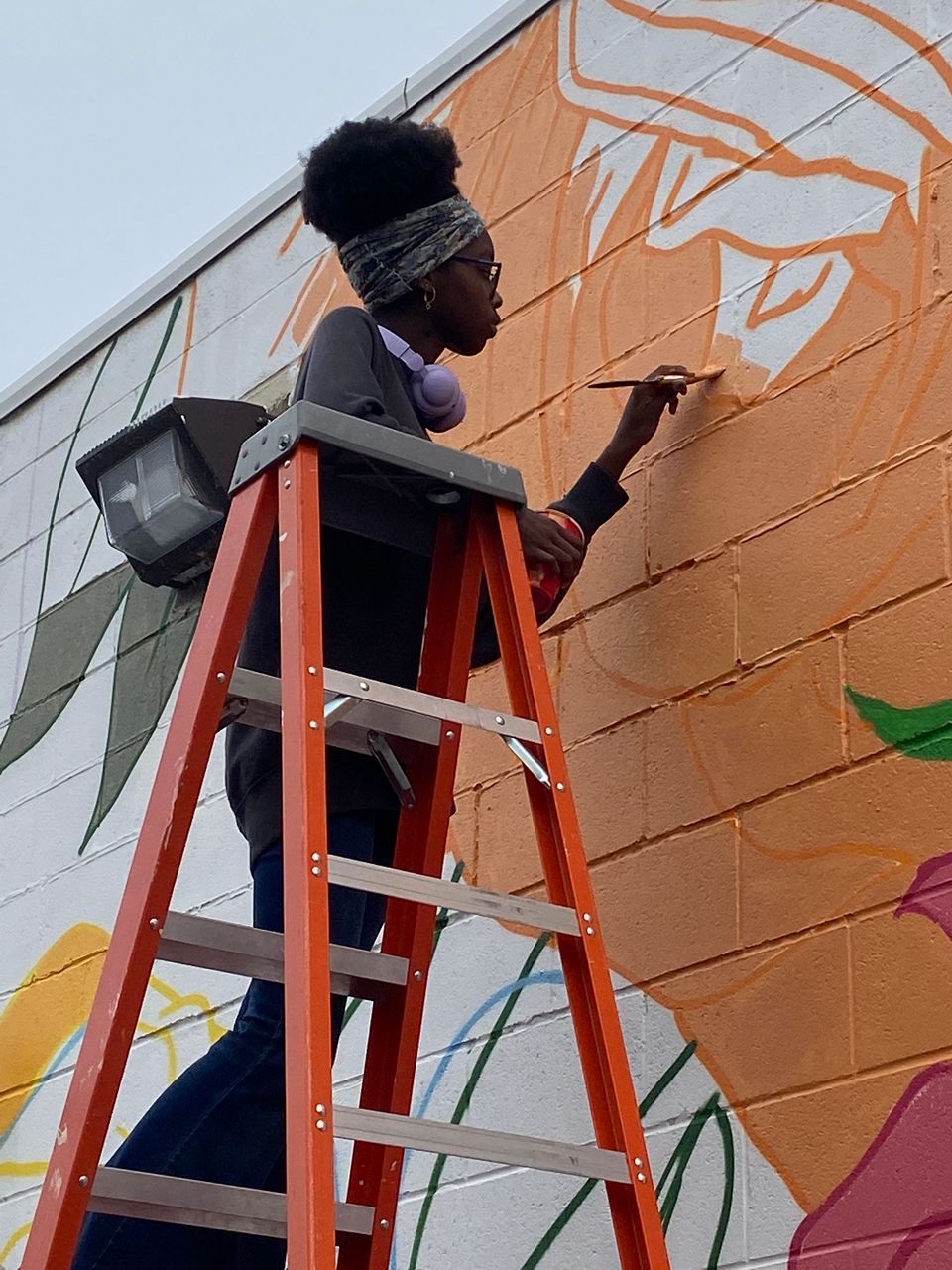 Oh, and one more thing. All these kids working on this 100-foot mural, they’re getting paid.

The project is part of Imagine Fox Cities Summer of Engagement — an initiative to make meaningful connections across diverse populations within the community. This latest effort of one of several murals that have been popping up around the city.

It’s an idea Medina said was bouncing around in his head for some time, and when he finally sprung it, the Appleton Areas School District alternative education teachers, cultural support specialists, Boys & Girls Club STAR coordinators and various art teachers jumped on board. Over 40 students applied for 18 spots.

This is much more than a summer school art class.

“So one, it’s about the arts, about the passion,’’ Medina said. “It’s important to me to demonstrate that you can make it. It does require a lot of hard work, but there is nothing more fulfilling than living and walking in your passion.”

And it’s about looking in the mirror and seeing more than your reflection.

“So if you kind of look around at the students that we got out here, it’s a lot of Black and Brown students, and so reaching marginalized populations is really important,’’ Medina said. “Because if they can see themselves in me, as a mirror, like, ‘Oh, I can make it up here in Wisconsin.’

“I don’t know too many Latino men with influence and power and some positivity. And I know growing up, I definitely didn’t have that. And so if I can be that for some of these kids, they might be able to see past some of the barriers and hardships that are in their way.”

He also hopes it will affect how the community sees him and the students working with him. 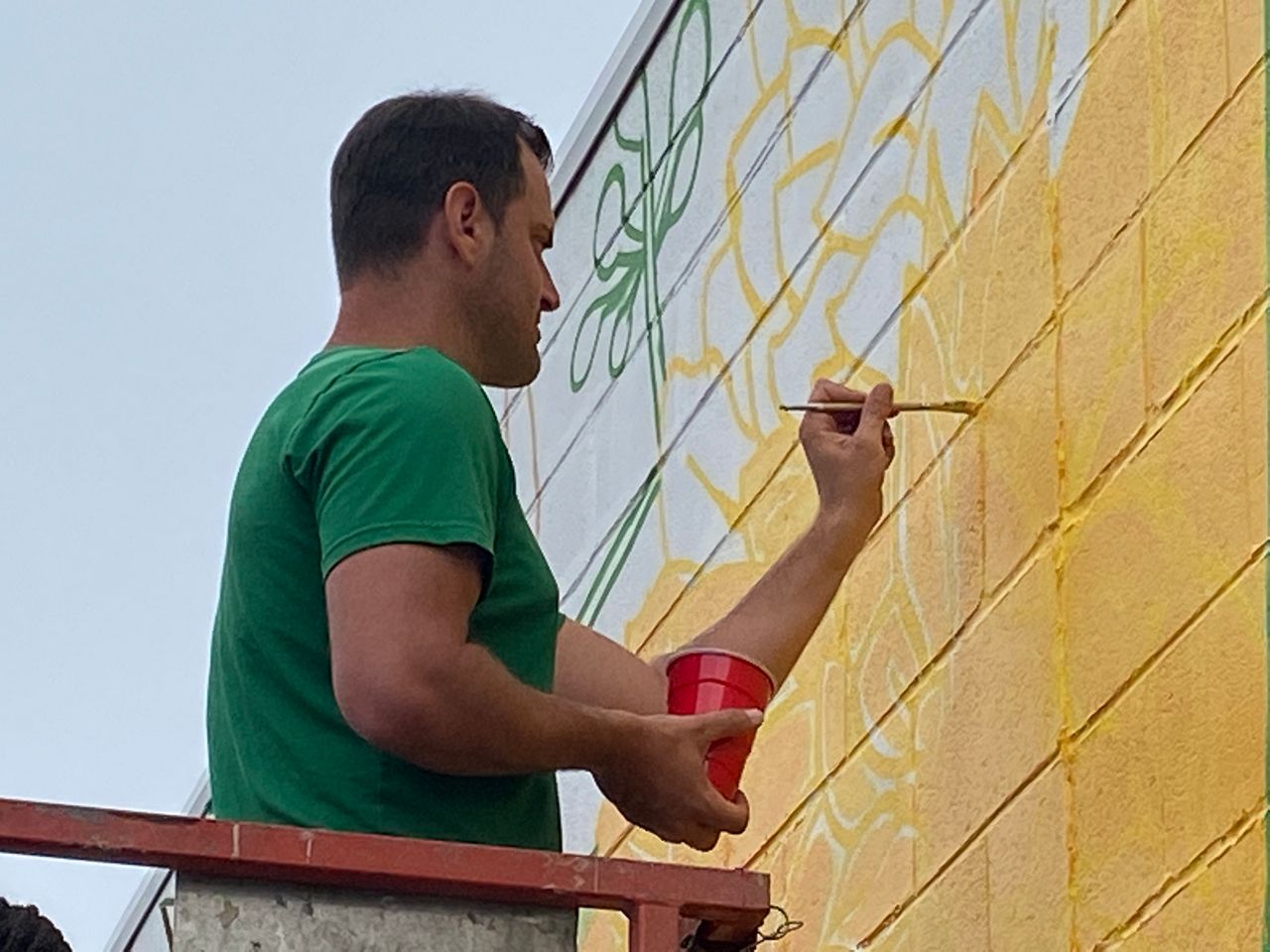 “Just thinking about how much of the community doesn’t look like me or look like them,” he said. “This might reframe some of the things that they might have going on, like some of the unconscious biases. ‘Oh, look at this man, uplifting our community. Maybe what I was thinking was wrong, or maybe I need to just think about things a little differently.’ So it was a lot of moving pieces, a lot of different layers.”

Tayginae Potts, also a student at Appleton East, was the first to submit an application to join the project, and said it has exceeded her expectations.

“I’m just like, ‘Oh, we’re really doing this? Really painting a whole mural?’” she said. “I don’t know, just, like, shocked. But happy at the same time.”

Besides having an awesome summer job, and earning a half credit to boot, the students are making a lasting impression — literally.

“It’s something that’s more restorative in terms of giving back to our community and doing things for our community,’’ said Medina, who earned his Bachelor of Fine Arts degree at UW-Oshkosh.

“And it’s a lasting, positive impression. They can come back and show, ‘I did this. This was me, right here.’” 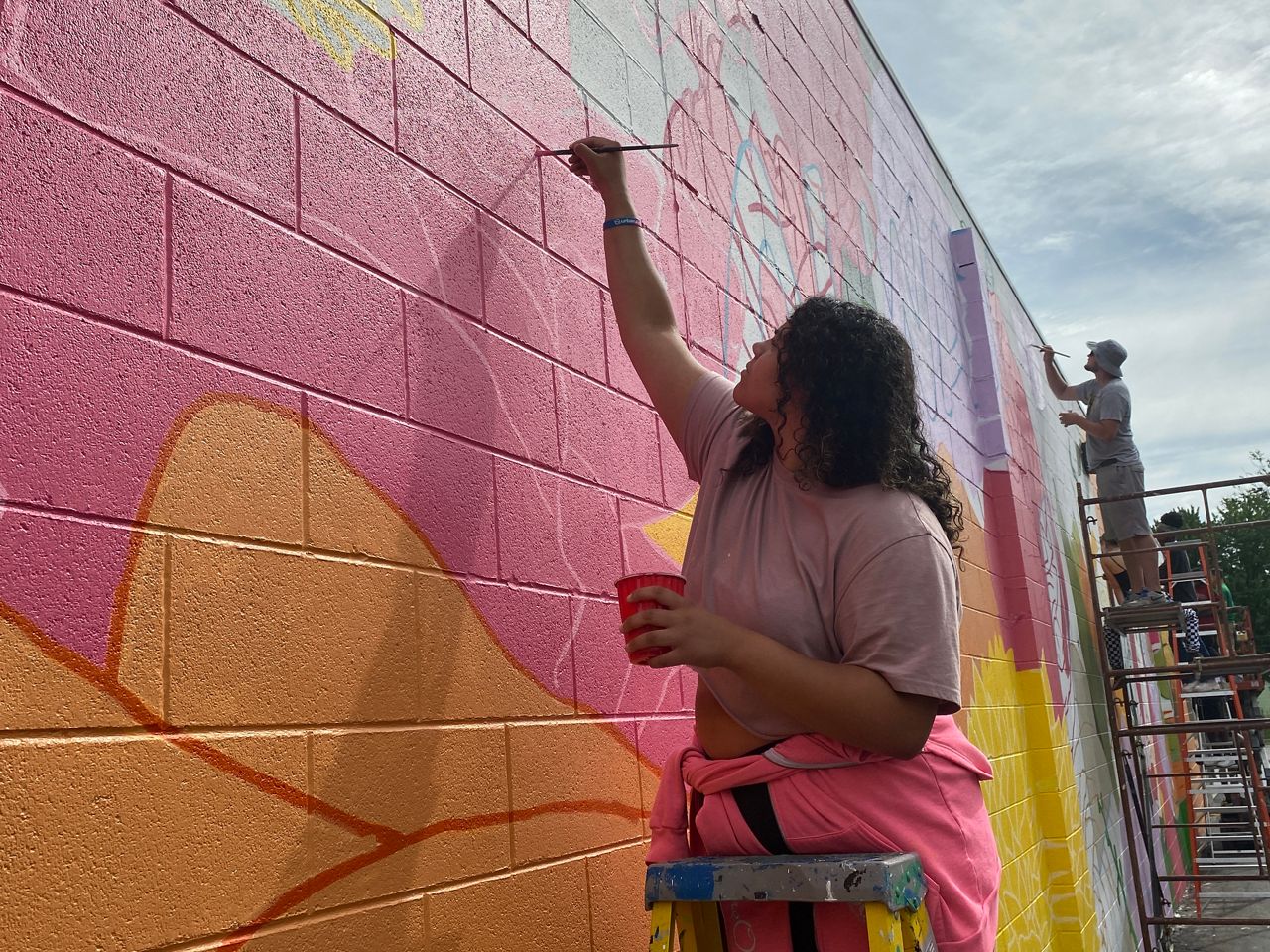